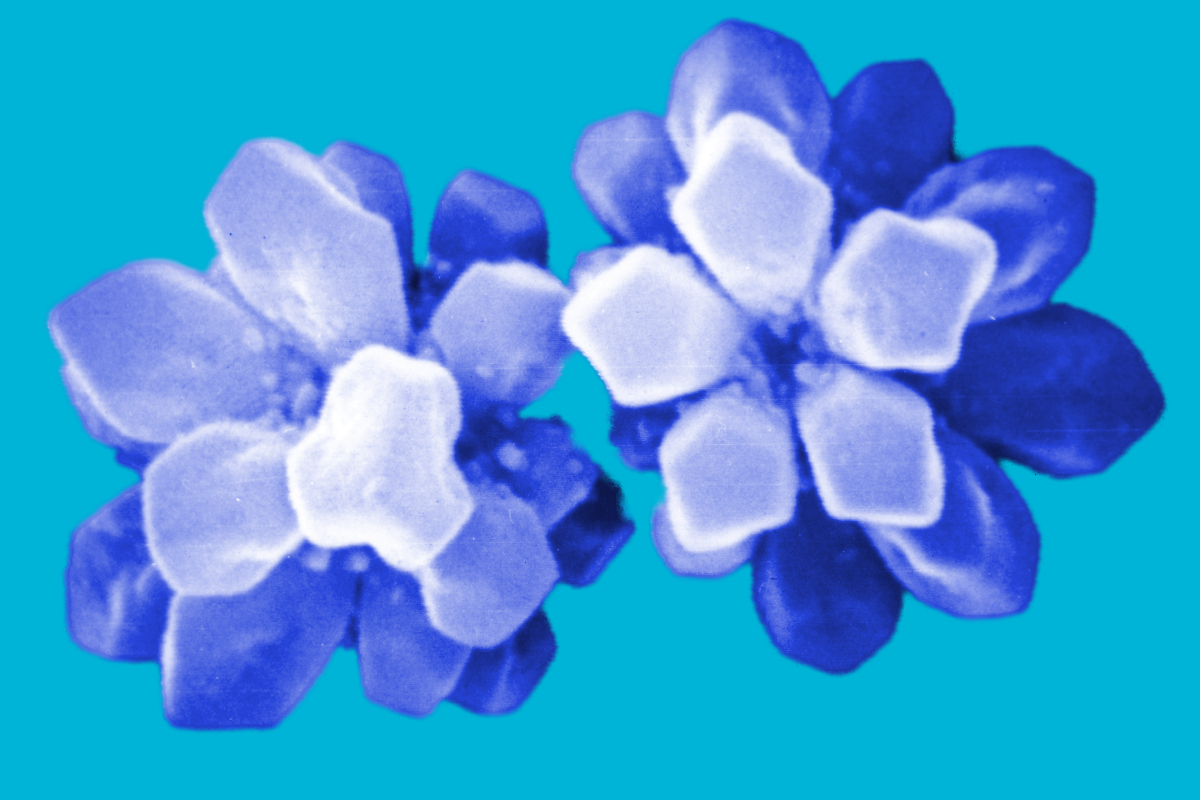 The date of the discovery of quasicrystals by Dan Shechtman may be assigned 12 November 1984 when the publication reporting it appeared (Shechtman et al., 1984 [1]). However, for science history, it is to be remembered that it was 40 years ago, on 8 April 1982, that Shechtman noted in his lab journal his observation of the electron diffraction pattern no. 1725: “10 Fold ???” (a sample of aluminum and 25% manganese) after he counted the bright spots, equally spaced from the center and from each other in the diffraction pattern. He uttered these words: “There is no such animal” (Hargittai, 2011 [2]). He knew that according to the then rules of crystallography no fivefold — or its multiples — symmetry was allowed in extended structures. It took Shechtman two and a half years to have his observation published, a few more years to have his discovery accepted by the broader community of chemists, physicists, crystallographers and materials scientists, 18 years to be awarded the most prestigious Aminoff Prize, and 29 years to be awarded the Nobel Prize in Chemistry {the pre-Nobel saga of the quasicrystal discovery is discussed in Hargittai & Hargittai (2000) [3]}. 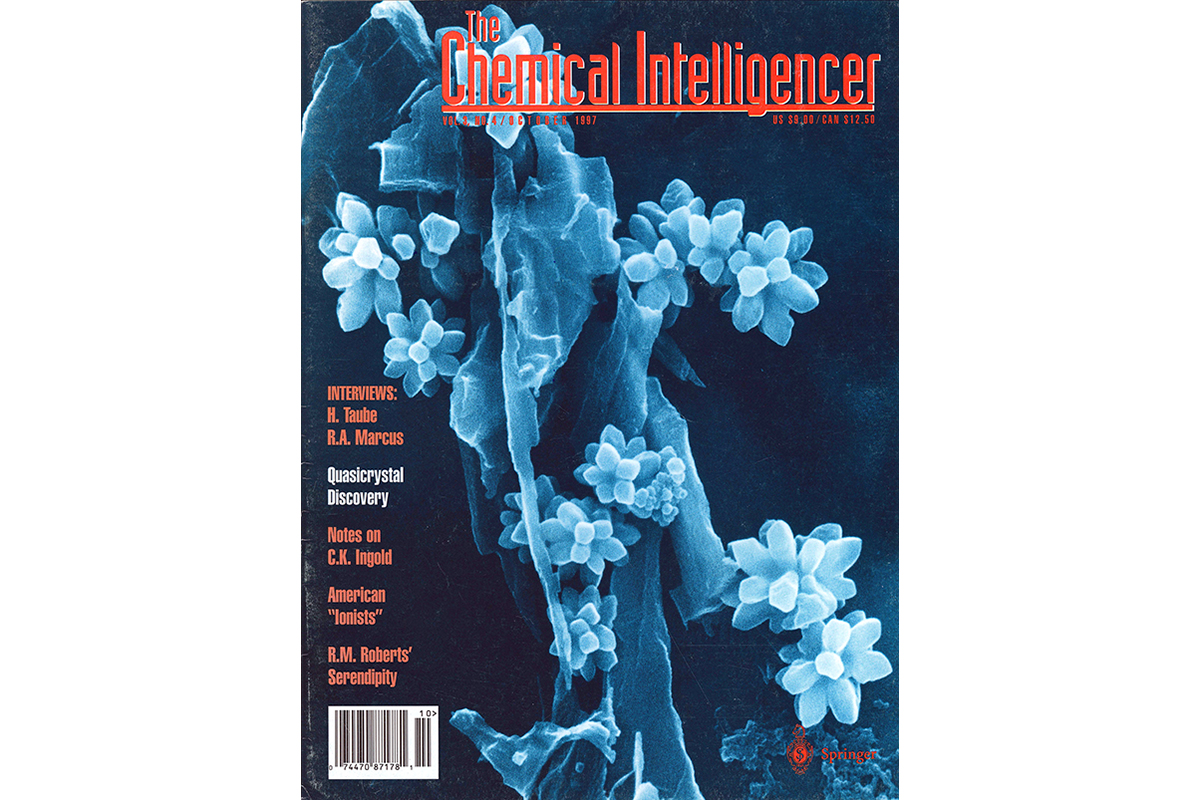 The appearance of beautiful, often flower-like, images of quasicrystals helped to keep the attention and interest in the discovery alive in the lean years. This was while Shechtman demonstrated perseverance in maintaining that his observation should not be misinterpreted by the presence of twin crystals or in any other way. Ágnes Csanády (née Bodoky) was an unsung hero for producing the world’s most beautiful quasicrystals in the laboratory. She graduated as a Dipl.-Chemist (master’s degree equivalent) in 1958 from Eötvös University Budapest. She earned her PhD-equivalent doctorate in 1983 and her higher doctorate, DSc, in 1998. She held a variety of jobs in condensed-state materials science and technology, with electron microscopy as the principal research tool. Her most productive period was 1971‒1997, including the time from the mid-1980s when she became much involved with quasicrystals. She prepared them by Al‒Mn and Al‒Fe thin-film reactions through in situ treatments, not only by quenching. She did this, in part, working with a high-voltage electron microscope at the Max Planck Institute for Physics in Büsnau, Germany (Csanády, Urban, Mayer & Barna, 1986 [5]). Her principal position was at the Research Institute of Non-Ferrous Metal Industry in Budapest. This institution eventually incorporated the Hungarian research and development agency of the aluminum industry. She held visiting positions in Büsnau and at the ETH Zurich. The images of her quasicrystals made the covers of various publications; an example is shown above.

One of the papers of which both Csanády and Hans-Ude Nissen were co-authors (Nissen, Csanády et al., 1988 [4]) communicated the results of scanning electron microscopy (SEM) and transmission electron microscopy (TEM) of Al6Mn and Al17Mn alloys. Nissen was a section chief at the Laboratory of Solid State Physics, Eidgenössische Technische Hochschule, ETH (Swiss Federal Institute of Technology), Zurich. For Al6Mn, the pentagonal dodecahedron form dominated. For Al17Mn, flower-like quasicrystal units with icosahedral point symmetry appeared to be the basic forms. These flower-like quasicrystals were simply referred to as “flowers,” and they could be described by a star polyhedron model based on a {5,6} Archimedean polyhedron.

Ágnes Csanády and Dan Shechtman in 1995 in Balatonfüred, Hungary, during an international school on quasicrystals (left, photograph by I. Hargittai) and in 2019 at the Budapest University of Technology and Economics, following Shechtman’s inaugural lecture as John von Neumann Professor (right, photograph by an unknown photographer).

Shechtman always appreciated Csanády’s “art.” Two images recall their meetings. In May 1995, one of us (IH), along with others, organized an international school/conference on quasicrystals in a resort place at Lake Balaton, Hungary. There, we could learn and discuss everything known by then about quasicrystals in an unhurried and relaxed atmosphere. On this occasion, Csanády personally demonstrated to Shechtman and everybody else her unrivalled quasicrystal images.

From left to right: fivefold, threefold and twofold projection models that could also be observed in the SEM micrographs (Nissen, Csanády et al. 1988 [4]).

Nissen, Csanády et al. (1988) derived the polyhedral star morphology of the flower-like quasicrystals from one of the Archimedean (semiregular) polyhedra, viz. the truncated icosahedron. With this notion of icosahedral symmetry, they beautifully connected two great contemporary discoveries in materials science: quasicrystals and buckminsterfullerene. 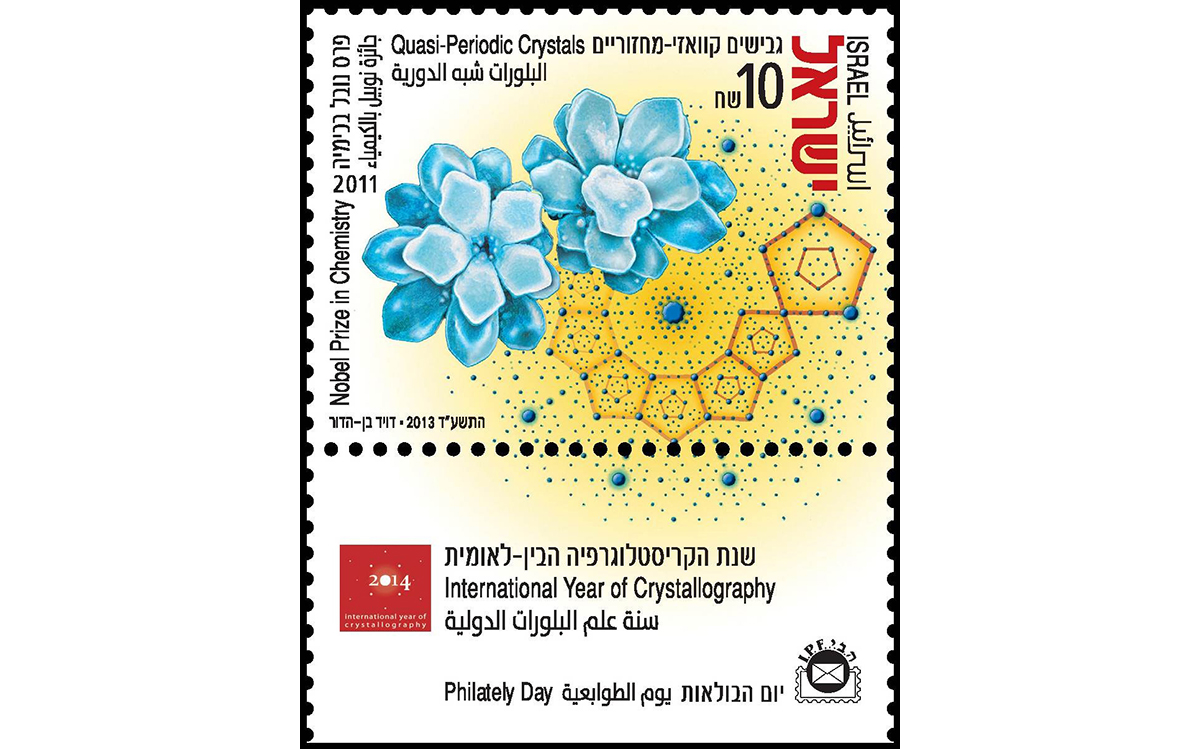 One of Csanády’s flower-like icosahedral quasicrystal images (Csanády, 1987 [6]) served as a basis for a beautiful Israeli postage stamp. In the introductory paragraph, we alluded to the difficulties in recognition of Shechtman’s discovery. His Nobel Prize in 2011 in Chemistry ended any hesitation for such recognition. By the time the International Year of Crystallography came about in 2014, it was considered to be one of the stellar achievements of recent science. The Israeli Post Office honored both Shechtman’s accomplishment and the International Year of Crystallography with its stamp. Csanády’s quasicrystal provided a scientifically sound and visually pleasing artwork, attractive for scientists and philatelists alike. It turned out to be a profound tool for science popularization as well.

We thank Ágnes Csanády and Danny Shechtman for comments.

Istvan Hargittai and Magdolna Hargittai are at Budapest University of Technology and Economics, Hungary.
4 January 2022