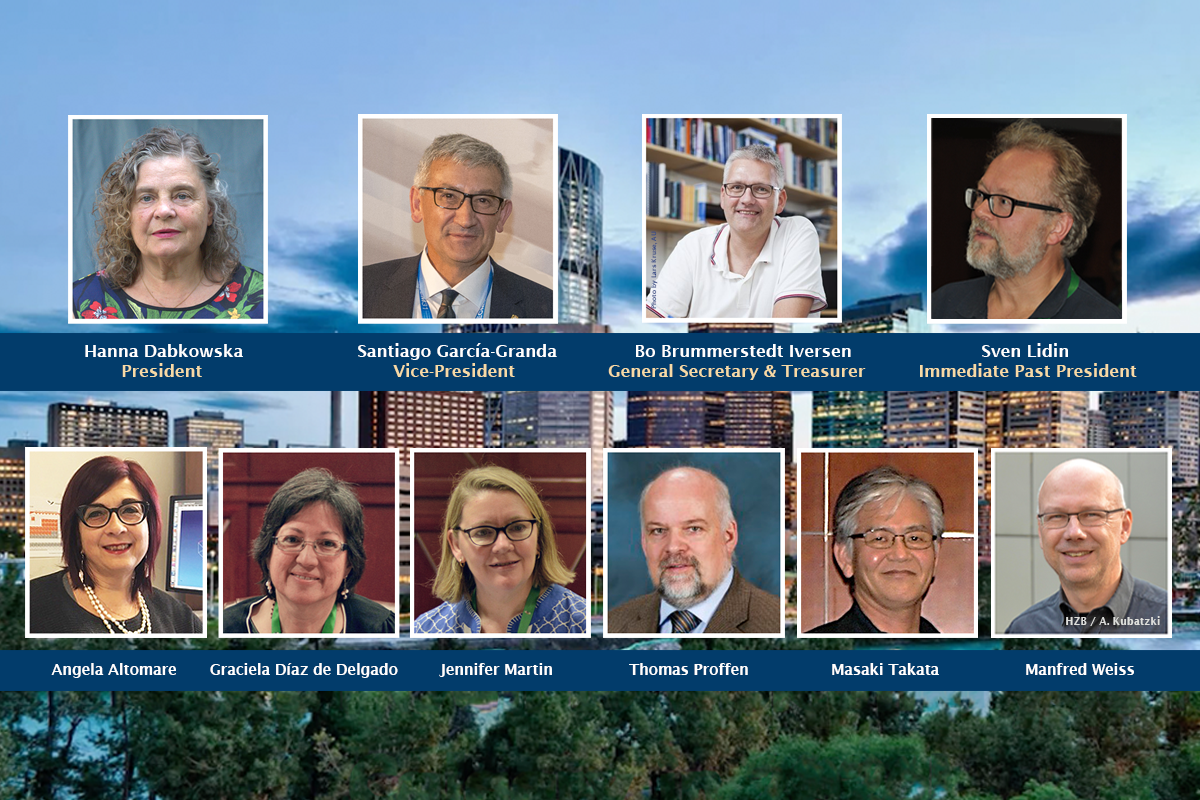 The vacancies to be filled are those of President, Vice-President, General Secretary and Treasurer and three ordinary members. Of the offices to be filled, only the General Secretary and Treasurer is eligible for re-election to the same office. We invite you to make suggestions for each vacant office. Please feel free to suggest more than one person for any particular position. Although a National Committee has special knowledge of crystallographers in its own country, and we would be pleased to have suggestions based on this knowledge, it would also be helpful if you suggested candidates from other countries as well. The Executive Committee should be a fair representation of the variety of nationalities from the different continents that make up the membership of the IUCr and of the variety of fields and sub-disciplines in our science. A good gender balance is also important. The nomination form is available here; the submission deadline is 30 June 2022.

The Executive Committee welcomes suggestions from National Committees for the Chairs and members of the non-publishing Commissions. The current memberships can be seen here. Your suggestions will be of great help to the Commissions when they compile their own recommendations, which form the basis from which the Executive Committee's nominations to the General Assembly for the Chairs and members of Commissions are compiled. The IUCr needs candidates who are willing to participate actively in the work of the Commissions, and it would be most helpful if you could include some brief information on the specific scientific interests of the persons you suggest. The nomination form is available here; the submission deadline is 30 June 2022.