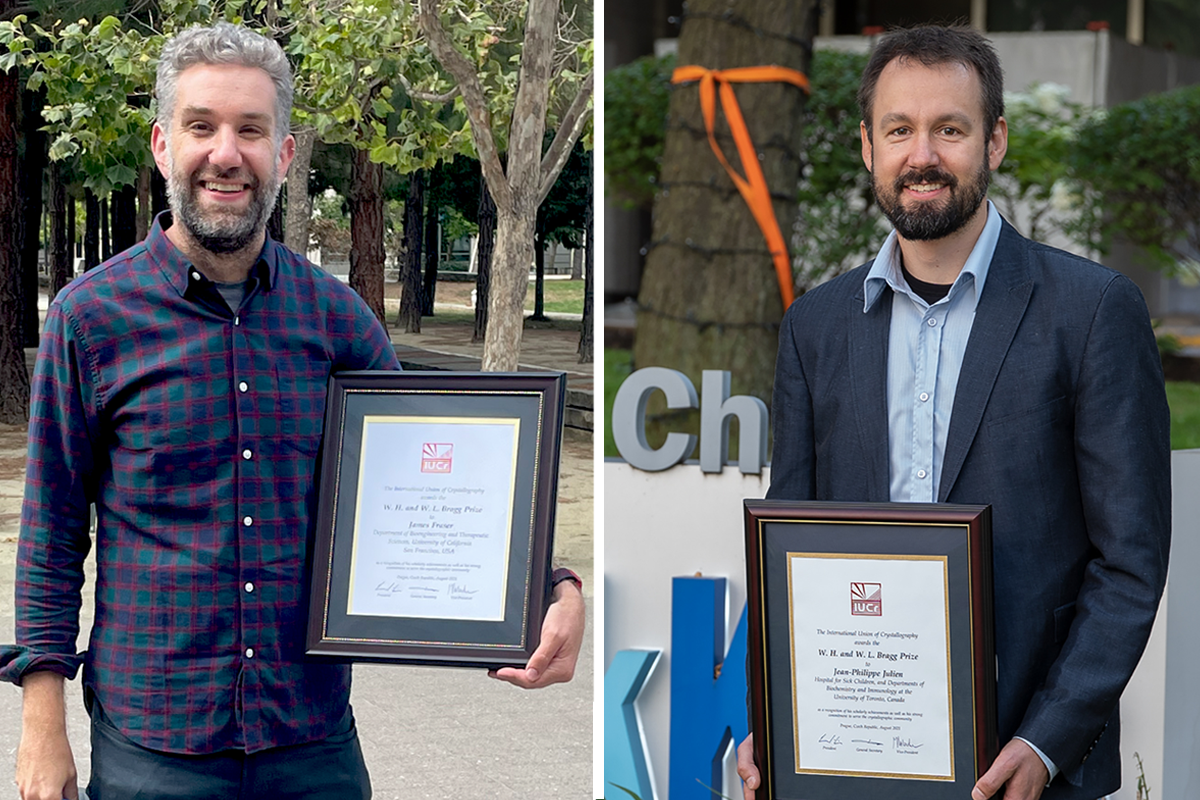 The IUCr is pleased to invite nominations for the second W. H. & W. L. Bragg Prize for outstanding contributions to the science of crystallography. The Prize is named after Professors W. H. and W. L. Bragg, in recognition of their significant contributions to the foundations of crystallography. Professors William Henry and William Lawrence Bragg pioneered the use of X-rays as an instrument for the analysis of crystal structure, and were the joint recipients of the 1915 Nobel Prize for Physics.

The Prize consists of a certificate and a financial award, and is presented once every three years during the triennial International Congresses of Crystallography. The inaugural Prize was awarded in Prague, Czech Republic, in 2020 to Professor James Fraser (USA) and Dr Jean-Philippe Julien (Canada). The second edition of this Prize, for which nominations are now being invited, will be presented at the Melbourne Congress in August 2023.

Unlike the Ewald Prize, the W. H. & W. L. Bragg Prize is awarded to a scientist in the early stages of his or her career, irrespective of gender, nationality or age. Nominees will be expected to have registered in the World Directory of Crystallographers.

Nominations for the second W. H. & W. L. Bragg Prize should be submitted electronically using the Bragg Prize Nomination Form to the IUCr Executive Secretary at execsec@iucr.org, from whom copies of the names of the Selection Committee may be obtained. Supporters and the nominee will then be provided with forms to complete. The closing date for nominations is 31 August 2022.