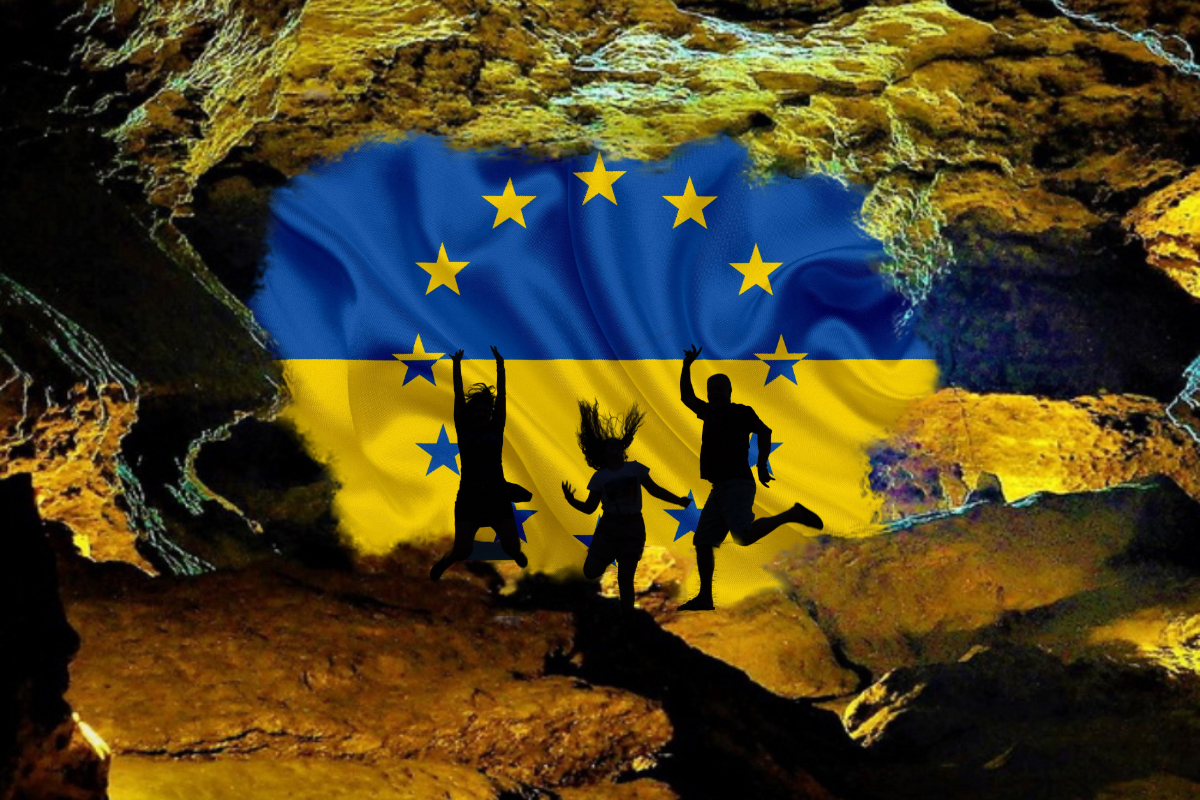 I never imagined that I would be writing an Editorial like this one day. The International Union of Crystallography was born in 1947 out of the ravages of the Second World War as a purely scientific union devoted to peace among scientists and the promotion and well-being of our wonderful science of crystallography and of crystallographers. For the last 75 years, the IUCr has served the worldwide community, treating all scientists as equals, irrespective of their nationality. The IUCr prides itself as a non-political society that encourages all scientists to treat each other equally. But, sadly, for the first time in its history, the IUCr has felt the need to issue an overtly political statement about the behaviour of a member country. Who would have thought it would come to this?

The Russian attack on Ukraine has come as a shock to us all. We all thought that those days were long past. When the Soviet Union fell, Russia became a much more open and modern society. Gone was that old repressive and grey country that I recall, as it began to embrace a more modern and normal life. There was a fantastic opportunity for it to become a normal member of the world democracy. But unfortunately, certain individuals were able to take advantage of the chaos of the time and capitalise on the way that many Russians have always felt threatened with being surrounded by perceived enemies. This allowed a leader straight out of the old KGB mentality to take over. What a lost opportunity for all of us!

Speaking personally, if I may, I have to emphasise that our Russian colleagues are not to blame for what has happened: they are victims of the system they have to live in. Over the years, I have visited Russia many times, the first time being for the IUCr Congress in 1966, during those cold war times. The experience of that first visit led me to my life-long support for the IUCr. I have met many Russians over the years and count lots of them as personal friends. I even had a friend during the old Soviet times who was obviously linked with the authorities: nonetheless, we used to meet regularly at IUCr Congresses and enjoyed getting together to have some drinks, tell stories and jokes, and argue about politics. Despite our different politics, we remained close friends. I recall many arguments about what was meant by freedom. He had his view, and I had mine. The last time I saw him was shortly before his death: he even came to Moscow, having taken the trouble to travel all the way from Chernobyl, where he was working on the after-effects of the reactor explosion, just to come and say hello to me when he learned that I was in Moscow.

I know that Russians are a warm and welcoming people, but unfortunately, they are held hostage by their own government. Since the invasion of Ukraine by Russian forces, I have not received any communication from my friends there, and I am not sure if it is safe to contact them. I happen to have a personal connection and sympathy with four of the nations in the area (Poland, Belarus, Moldova and Ukraine), as all of my grandparents originally came from the region. My paternal grandmother came from Poltava in Ukraine. She was Russian speaking, and she was proud to have retained her original language. So, I feel particularly upset about what has transpired recently. We do not know how it will end, but let us hope that it will be soon and that we shall be able to again welcome our Russian colleagues in the true spirit of friendship.

By the way, we in the West often refer to these countries as being Eastern European and so somehow far from us. This needs a correction. They are in fact, Central European. It may come as a surprise to many of you to learn that the very centre of Europe is actually in the city of Polotsk, in … Belarus! 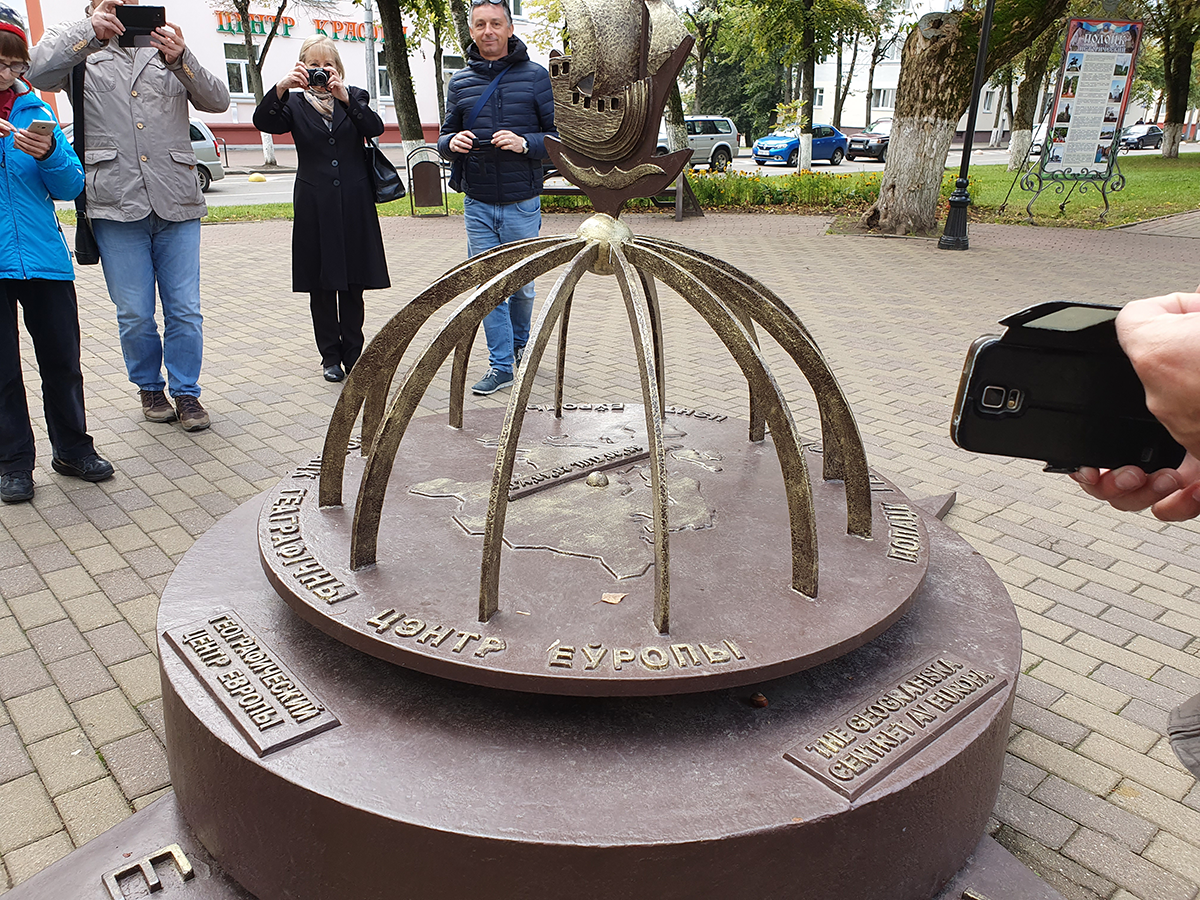 The geographical centre of Europe in Polotsk, Belarus (photo by Mike Glazer).

In this edition of the IUCr Newsletter, we have some new obituaries. One is for Ken Holmes, well known for his work in biological crystallography. Another is for someone who has been somewhat forgotten, June Lindsey (née Broomhead): her work around 1948 on purines played a vital role in the research into the structure of DNA. Also, Hans-Beat Bürgi has written about Jack Dunitz, who passed away last year.

Istvan Hargittai has written several interesting short articles for recent editions of the IUCr Newsletter. This time, he and Magdolna Hargittai have sent us one on quasicrystals. We know of Dan Shechtman’s problems in trying to convince crystallographers that crystals of 5- and 10-fold symmetry were real. Perhaps less well appreciated is the work of Ágnes Csanády (née Bodoky), who was able to grow the world’s most beautiful quasicrystals in the laboratory.

I have added an article myself about an interesting and unusual woman called Monica Maurice, sometimes known as “The Lady of the Lamp”, whose connection with crystallography is somewhat mysterious. This goes back to a photograph taken in the early 1930s of the mineralogist and crystallographer Victor Mordechai Goldschmidt, which came into my possession when I moved from Cambridge to Oxford in 1976. If any of you can add to the story, I would be pleased to hear from you.

We also have an article describing Crystallography in France today. You can read about the vast diversity of crystallographic research currently being carried out there. In addition, Thomas Proffen tells us about machine learning, John Helliwell considers whether the protein folding problem has now been solved, and Chris Sumby and Michael James write about the recent advances in the Australian Synchrotron. And then, you can read about the use of augmented and virtual reality at the Advanced Photon Source in Argonne.

Also of interest, the Royal Society has now published a biographical memoir of Louise Johnson, who died in 2012. This is freely available to read here.

Finally, I should like to end this Editorial with a plea. As mentioned at the start, the IUCr was created 75 years ago to serve the worldwide community of crystallographers. Ten years later, it produced the first edition of the World Directory of Crystallographers, an unprecedented handbook of contact information and details of research interests tying together our community of structural scientists ever more closely. If you are not registered in the Directory or believe your details to be out of date, I would urge you to register here or update your entry here.