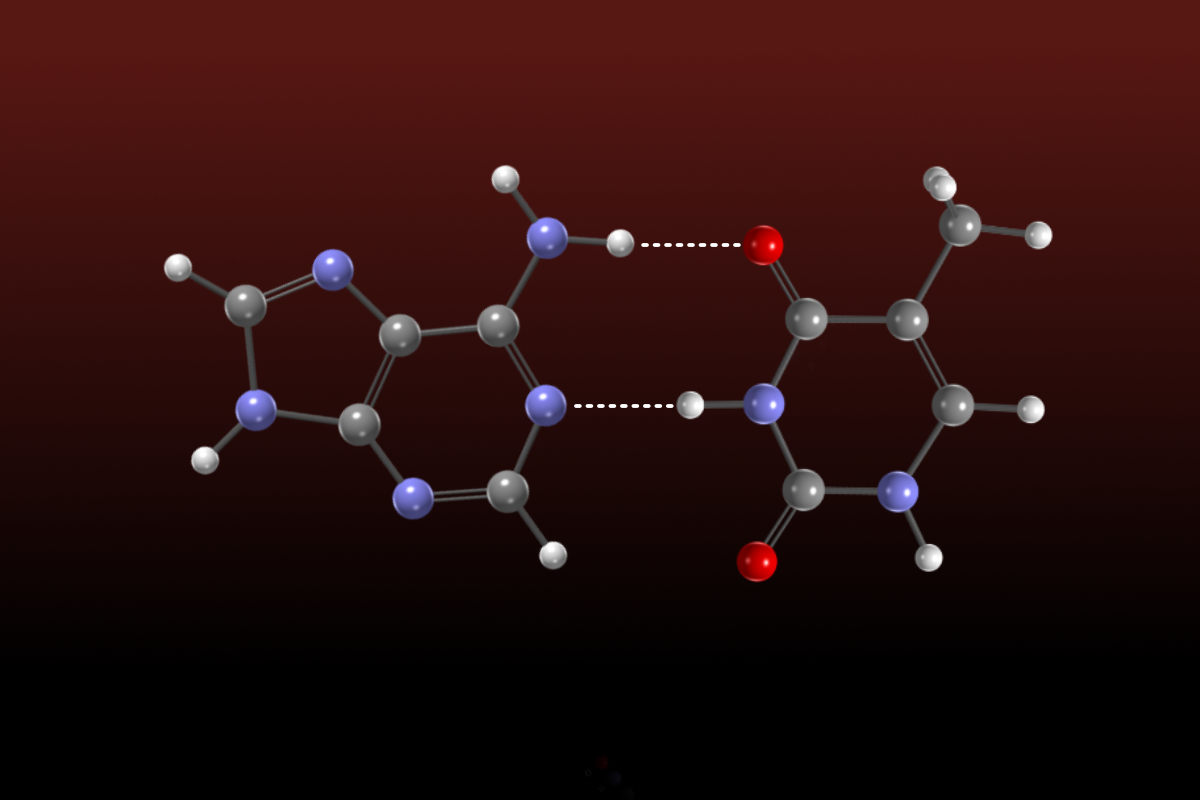 June Lindsey, the crystallographer who determined the crystal structure of the purines, died of old age on 4 November 2021 in Ottawa, Canada, at the age of 99. The daughter of a mining engineer, her impressive scientific trajectory was by no means preordained. Born in a small Yorkshire village in England, June attended the local grammar school for girls. The renowned physicist Ernest Rutherford died in 1937, and June, then 15, was taken by the accounts of his revolutionary work on the atom. Reading Rutherford's biography only impressed her further and introduced her to Cambridge's storied Cavendish Laboratory, where he'd done much of his work. She resolved to do all she could to attend Cambridge. This involved overcoming barriers, including proficiency in Latin, a topic not taught at the girls' school. Luckily, one of the Latin teachers at the boys' grammar school offered to tutor her. Her determination and ability paid off, and she was accepted to Cambridge on a full scholarship, the first from her school to attend the University. 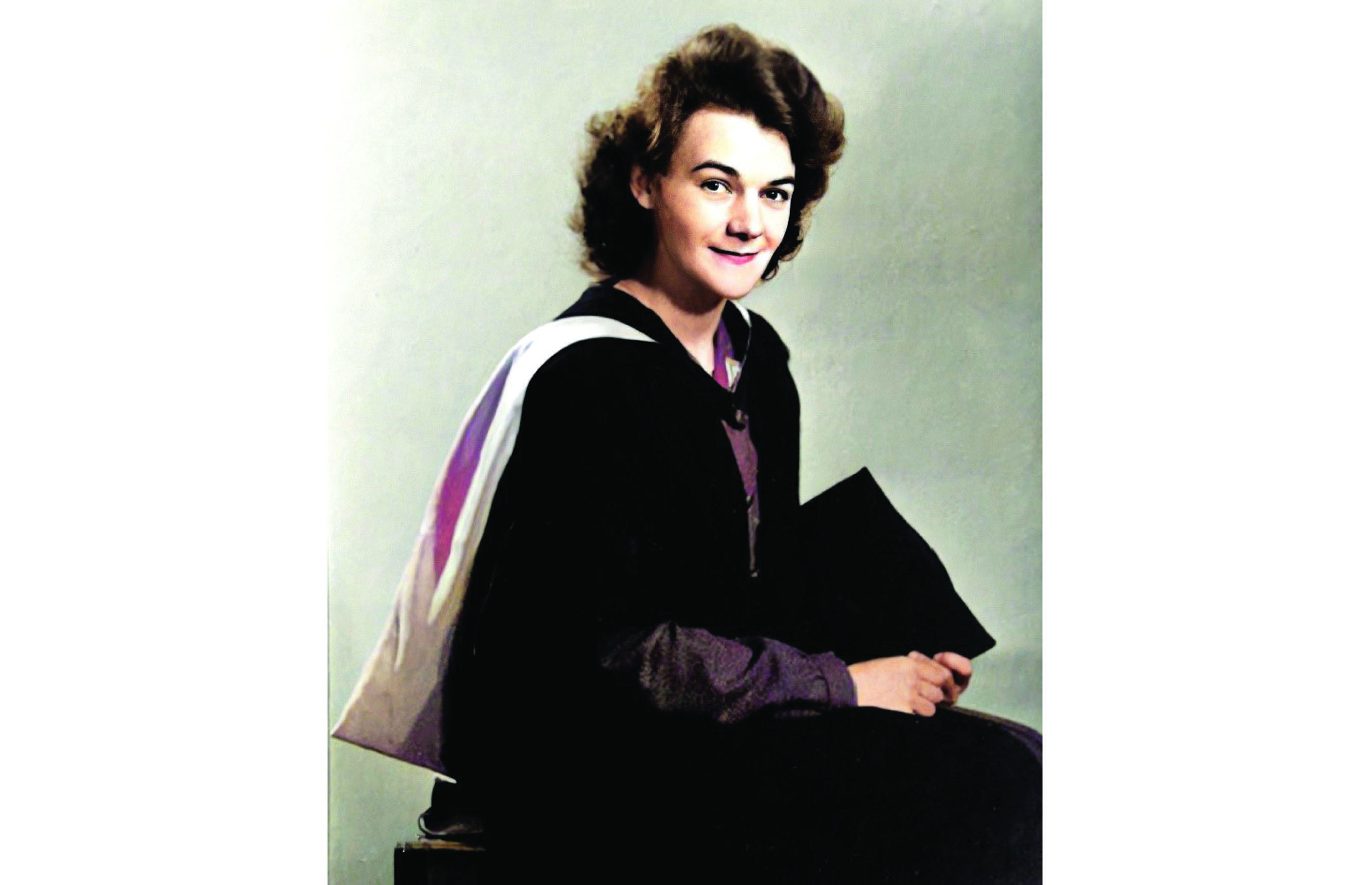 Coming from the sixth form, June had not yet chosen her scientific specialty, but once at Cambridge, soon became aware of Lawrence Bragg and the crystallographic work at the Cavendish. As she later wrote, "When I first went up to Cambridge, I hadn't even heard of [X-ray crystallography], but by a fortunate fluke, chose to study just those sciences which are most essential. These were physics, chemistry, mineralogy, and mathematics." Given the field required "great patience and quite a lot of intuition", she was was naturally drawn to it. As she would later state, "One collects one's experimental data … and then retires to the desk for many hours of thinking and calculating". However, in 1944, upon graduation (as a woman, she had to wait over 50 years for the University to grant her a BA retrospectively), she was initially compelled to teach physics at a girls' school until the Second World War ended. She had been awarded a research studentship at graduation, so in 1946 she returned enthusiastically to the Cavendish to pursue a PhD under W. H. (Will) Taylor. Once there, June developed a close friendship with Edinburgh-trained physicist Bill Cochran, to whom she attributed much of her success. 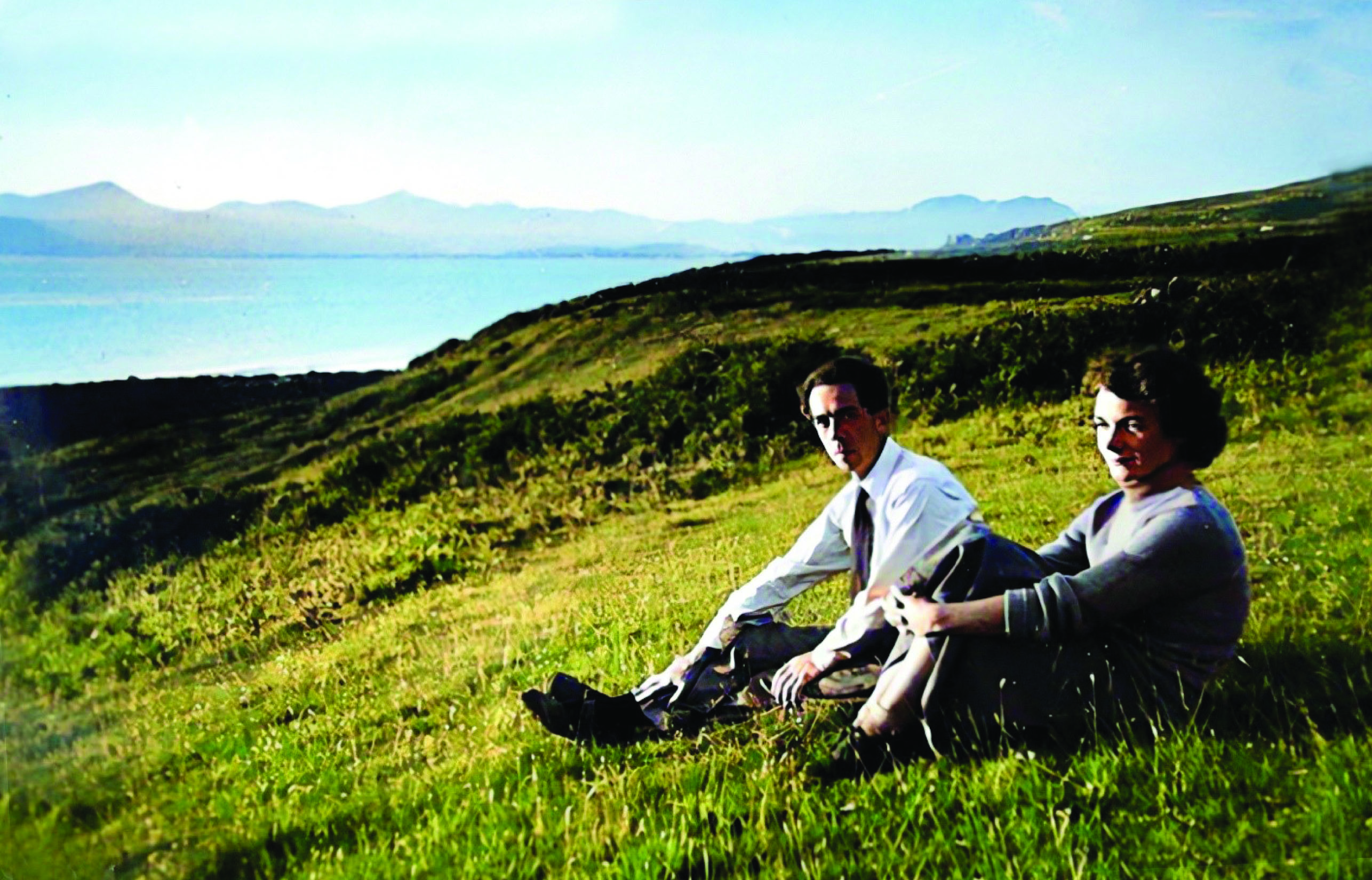 In August 1948, she submitted "The structure of pyrimidines and purines. II. A determination of the structure of adenine hydrochloride by X-ray methods" to the new journal Acta Crystallographica, where it was published in the first volume (Broomhead, 1948). In addition to measuring the physical dimensions of adenine, she stated, "Hydrogen bonds linking a purine molecule to chlorine atoms and to water molecules, and short van der Waals contacts with other purine molecules lie approximately in the plane of the molecule." This seemingly trivial observation triggered a critical epiphany for James Watson six years later as he worked out how the two strands of the linear nucleic acids could be bound to one another in DNA. As he writes in The Double Helix, "I was drawing the fused rings of adenine on paper. Suddenly I realized the profound implications of a DNA structure in which the adenine residue formed hydrogen bonds similar to those found in crystals of pure adenine" (Watson, 1968).

Over the next three days, using models of the nucleotides based on Lindsey's dimensions, Watson tried to join the nucleic acid strands, lining adenine up with adenine. Encountering difficulty, he then realized that an adenine hydrogen bonded to a thymine was the same size as the other two constituents of DNA, cytosine and guanine, the structure of which Lindsey had also solved (Broomhead, 1951), hydrogen-bonded with one another. The two nucleic acid strands could thus be evenly joined, adenines linked with thymines and cytosines with guanines, while satisfying Erwin Chargaff's earlier observation that DNA comprised equal quantities of adenines and thymines as well as of cytosines and guanines (Chargaff, 1950). 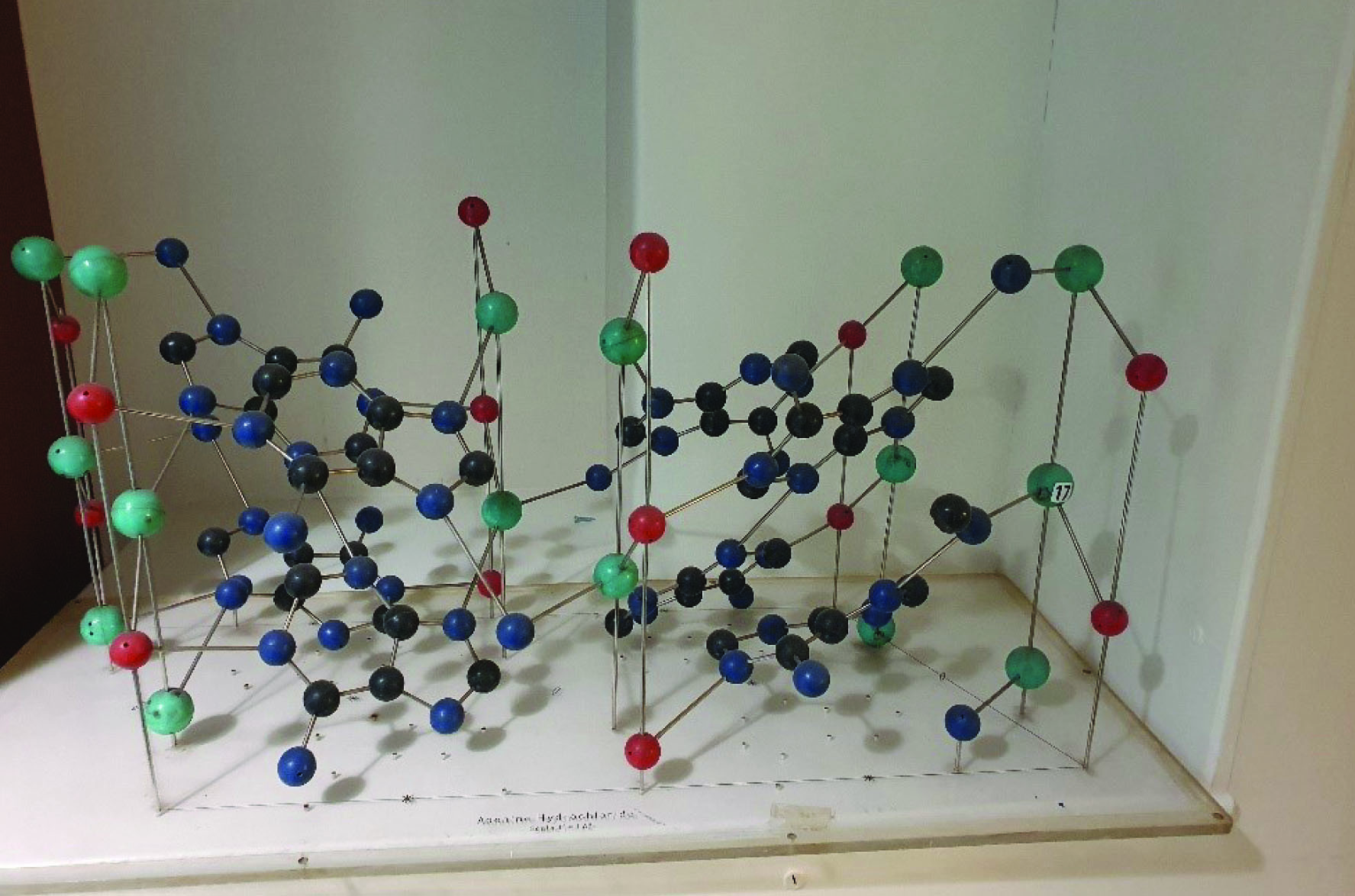 June’s 1948 model of the structure of adenine hydrochloride (A. M. Glazer’s crystallography collection).

Following her doctorate, Lindsey moved to Oxford to work with Dorothy Hodgkin on vitamin B12 (Brink et al., 1954). This was another rewarding experience, although frustrating at times, because after spending months on laborious calculations, Hodgkin would look over her shoulder and quickly make key observations on the structure. In 1951, she moved to Ottawa with her new Canadian husband, George, who had also earned a PhD in physics at Cambridge. She took a postdoctoral position at the National Research Council, and working once again in solitude, identified the crystal structure of codeine (Lindsey & Barnes, 1955). It was not to last, however, when she moved with her husband to Montréal and following the birth of two children, she retired after almost a decade of impressive and profoundly consequential research.

Lindsey's essential worth as a scientist was captured in a heartfelt letter Bragg wrote to her in 1952, decrying the inherent complexity of the hemoglobin structure that Perutz et al. were working on and how very suited she would have been for the problem. He closes the letter with the words, "We badly need your hands to tackle knotty crystallographic problems, both experimental and theoretical. I wish all these things had come up while you were still with us; they would have been just in your line."

June was a woman of many parts, despite being a rational scientist. Like her spiritualist grandmother, she had her own ghost stories, which she admitted had no rational explanation. The accountant poltergeist who broke plates in their Yorkshire home and then, with a guilty conscience, carefully swept them into a neat pile. Her spiritualist grandmother, having promised June she would visit in Canada, one day shouted to June her arrival from inside the house. When June ran down to check, no one was there, and a telegram came later that day, announcing that her grandmother had died three days before.

In many ways, June was characteristic of her era in terms of her worldview. She downplayed any gender discrimination that she experienced, whether being excluded from the Cambridge pub where the men repaired to discuss their work or having to check in and out using time cards while crystallizing codeine in Ottawa. And she would occasionally assert men's superior scientific acumen, much to her daughter's chagrin, who wonders whether she would have felt the same and made the same choices had she been born 50 years later.

A family friend captured June's personality perfectly. "She was unique in terms of her friendliness, curiosity, and in speaking her mind. Her unassuming nature and modesty tended to hide her formidable intellect and accomplishments. She did not suffer fools gladly but would listen to a well-constructed argument before concluding the debate with a devastating one-liner."

June was many things to many people: to her children, she was an old-fashioned English mother; to her friends, she was loyal and funny; and to science, a gifted researcher whose work was central to the discovery of the double helix.

June was predeceased by her husband, George, in 2011. She leaves her daughter, Jane, a senior research scientist at Harvard University's T.H. Chan School of Public Health; her son, Robin, an economics professor at the Sauder School of Business at the University of British Columbia; her daughter-in-law, Laura; and a granddaughter, Amanda.

Broomhead, J. M. (1948). The structure of pyrimidines and purines. II. A determination of the structure of adenine hydrochloride by X-ray methods. Acta Cryst. 1, 324–329.

Editor's note: readers fascinated by the DNA story may be interested in a historical fiction account of Rosalind Franklin by Marie Benedict: Her Hidden Genius. Read a review by Katie Langin in Science here.