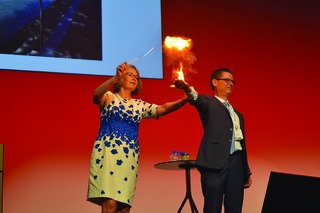 The European Crystallographic Meeting 2016 (ECM-30) was held August 28 - September 2, 2016 in Basel, Switzerland. The opening ceremony was held in the congress center on Sunday, August 28. The 600 people in attendance were entertained with chemical experiments and intermezzi by the alp-horn trio Solodurum. The delegates were welcomed with talks from Katharina Fromm (meeting Chair), Mauro Dell'Ambrogio (Swiss State Secretary for Education, Research and Innovation), Hans-Peter Wessels (Government of the Canton of Basel-City), Joël Mesot (Director of the Paul Scherrer Inst.), Piero Macchi (President of the Swiss Society for Crystallography) and Alessia Bacchi (President of the ECA). Udo Heinemann (Vice-president of the ECA) presented the ECA 9th Max Perutz Prize of ECA to Václav Petříček (Prague, Czech Republic) for 'his practical application of the theory of aperiodic and modulated structures in his computing system JANA'. The reception that followed in the exhibit hall was generously sponsored by the City of Basel. 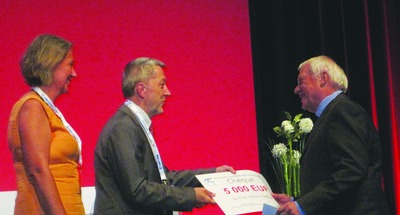 The 931 registrants from 47 countries included participants from Australia, Malaysia, Ecuador, Brazil, Mexico, Singapore, Canada, Taiwan, Hong Kong, Japan, USA and Korea. Close to one third of all participants were female, an upward trend which hopefully will continue in the future. 178 participants came from Switzerland, 166 from Germany, and 116 from the UK. The fact that 47 different countries were present shows that the mobility of scientists across borders is very important for our community.

For the first time, an ECM-science slam was organized, at which young scientists were asked to excite the audience with an entertaining 3-minute presentation of their work. The most successful presentation was determined based upon the audience wildly rattling plastic hand clappers (provided by STOE) as measured on an applause meter. At the end of this session, the 8th Erwin Felix Lewy Bertaut Prize (ECA/ENSA) was awarded to Linda Reinhard (Hamburg, Germany) for her extraordinary 'pioneering contributions to the crystallographic analysis of enzymes and the optimization of protein preparations for diffraction studies'.

A special microsymposium, 'Teaching and Education', chaired by H. Flack (Geneva, Switzerland) and H. Stoeckli-Evans (Neuchâtel, Switzerland) and the creation of a general interest group on the topic reflects the intention of the ECA to support teaching young scientists.

At the closing session prizes were awarded to 21 young scientists. A list of the winners and the sponsors will be published on the ECA website (www.ecanews.org). After the conference, 70 participants used the opportunity to join a tour to visit the Swiss free-electron laser SwissFEL at the Paul Scherrer Inst., inaugurated on December 5, 2016. 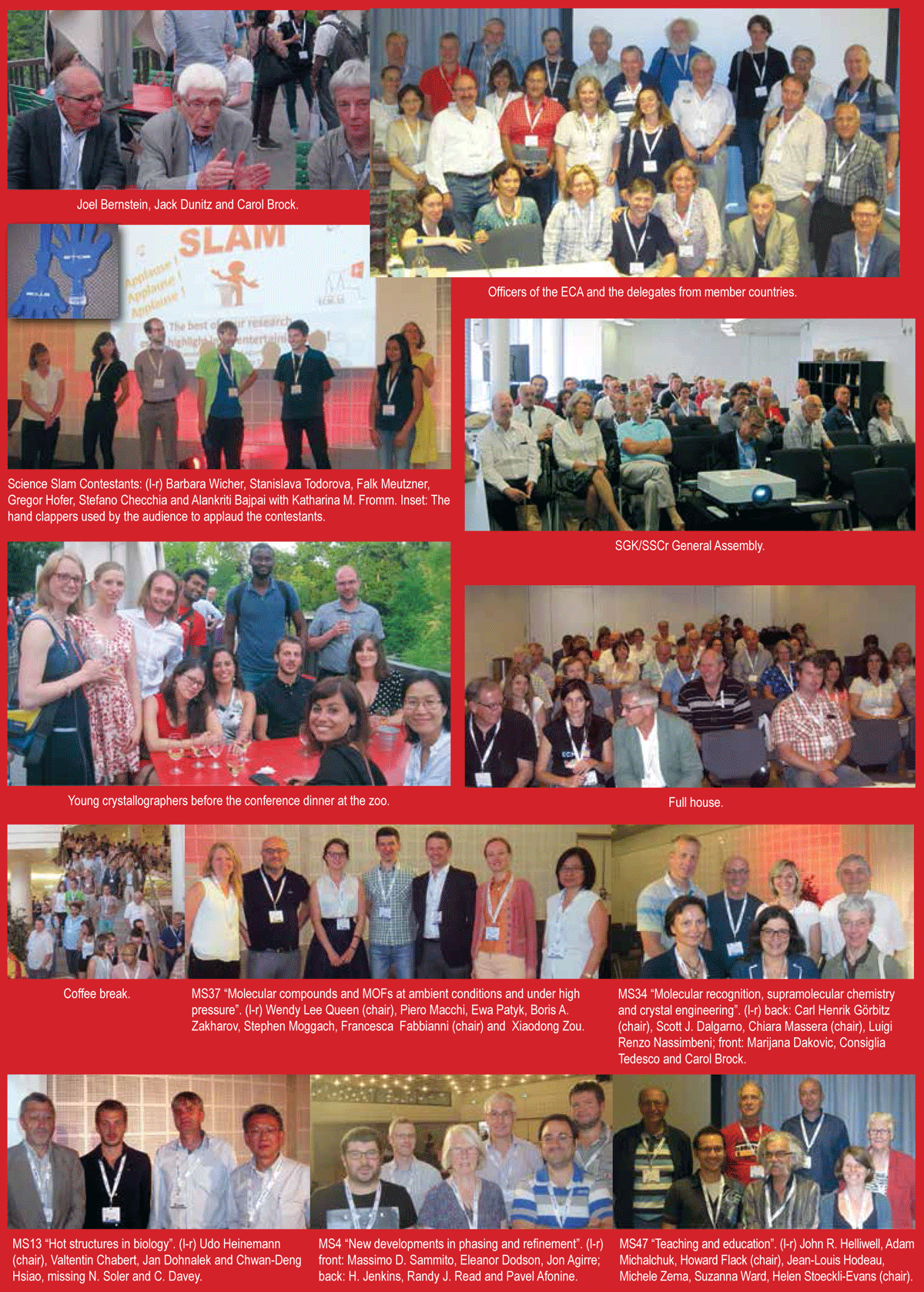