Scorpionate chemistry at the 50th anniversary 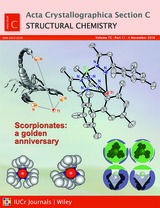 The year 2016 marked the 50th anniversary of the discovery of scorpionates, a class of compound with proven versatility afforded by the ease of tuning the steric bulk and electronic properties at the metal coordination site. In a seminal report by Trofimenko, a new class of chelating polypyrazolylborate ligands, trispyrazolylborates (Tp), was created by reaction of potassium borohydride with three equivalents of pyrazole. The resulting anion was then observed to coordinate to a large range of divalent metal ions.

Before 1966 there were only a few examples of polysubstituted boron compounds with B-N bonds, with all of them behaving as noncoordinated spectator anions. In a 1993 review, Trofimenko notes the multidentate features of Tp and states, 'Nature provides the closest analogy to these features in the scorpion. This creature grabs its prey with two identical claws and then may proceed to sting it with the sharp point of the curving tail. Therefore, I found it appropriate to coin the term scorpionate ligands'. 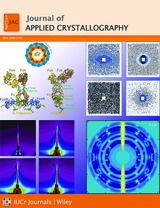 The 16th International Conference on Small-Angle Scattering (SAS2015) was held in Berlin, Germany, in September 2015. A fully open-access virtual special edition of the Journal of Applied Crystallography publishes work that provides insights into ongoing developments in the field of small-angle neutron and X-ray scattering (SANS and SAXS) covering different areas of fundamental and applied research (http://journals.iucr.org/special_issues/2016/sas2015/).

Some of the highlights from the issue include a paper from Lehmkühler et al. (2016), which describes the use of X-ray cross correlation analysis applied to the investigation of colloidal crystals. For the case of poly(methyl methacrylate) colloids it is shown how information beyond the static structure factor can be deduced from coherent X-ray scattering experiments, for example, enabling assignment of a face-centred cubic structure to the crystal. In a different direction the work by Perkins et al. (2016) dwells on the current state of the atomistic modelling of scattering data and reviews the achievement of the Collaborative Computational Project for Small-Angle Scattering (CCP-SAS). Certainly these developments will be important for the future when increasingly complex systems will probably need to be characterised by SAS with atomistic resolution.

The topics contained in the special issue describe the particular directions in which SAS is developing at the moment and which will become increasingly important in the future. There will no doubt be further substantial advances of the SAS technique, itself, and its application to solve important scientific questions in diverse research areas.

This is a short extract taken from the Editorial by Guest Editors Michael Gradzielski and Andrew Allen. 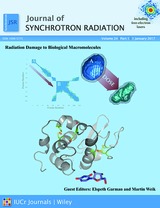 There are eight papers on various aspects of radiation damage in the January 2017 issue of the Journal of Synchrotron Radiation (http://journals.iucr.org/s/issues/2017/01/00/), guest-edited by Elspeth Garman and Martin Weik. The studies reported on macromolecular crystallography (MX) and small-angle scattering (SAXS) experiments were presented at the 9th International Workshop on Radiation Damage to Biological Crystalline Samples, held at MAX IV in Lund in March 2016.

There have been concerted efforts over the last 15 years to understand the manifestations and origins of radiation damage suffered by protein crystals during MX experiments, and to establish mitigation strategies using various approaches. These have gradually resulted in a deeper understanding of the physical, chemical and structural factors affecting damage rates, and there is a growing literature that seeks to elucidate the pertinent parameters. As the range and scope of the investigations have broadened, so has our appreciation of the complexities of radiation damage phenomena, although a full knowledge of all processes involved has not yet been achieved. The need for this has, however, become more pressing, especially with the advent of X-ray free-electron lasers and new fourth-generation synchrotron sources such as MAX IV in Lund and NSLS II at Brookhaven now coming on-line with even higher flux densities than hitherto utilised. The high rate of damage inflicted by these X-ray beams has brought the issue of radiation damage during structural biology experiments into even sharper focus. Thus, an awareness of the effects of radiation damage both on diffraction and SAXS data, and on the macromolecular structures derived from them, will become increasingly important.

The papers in the special issue include a re-examination of structural damage to tyrosine residues; two papers on finding the optimum MX data collection strategy for phasing of structures, one using sulfur SAD data in the presence of damage and the other on anomalous phasing with mercury by serial synchrotron data collection; a comparison of helical and standard rotation methods from a radiation damage standpoint; two papers examining damage rates in SAXS experiments and scavengers that could be used to reduce these rates as well as presenting some new visualisation tools; an analysis of the conformational heterogeneity of side chains as a function of dose in room-temperature and cryo-crystallography; and an imaging study on the effects of X-ray irradiation on microcrystals.