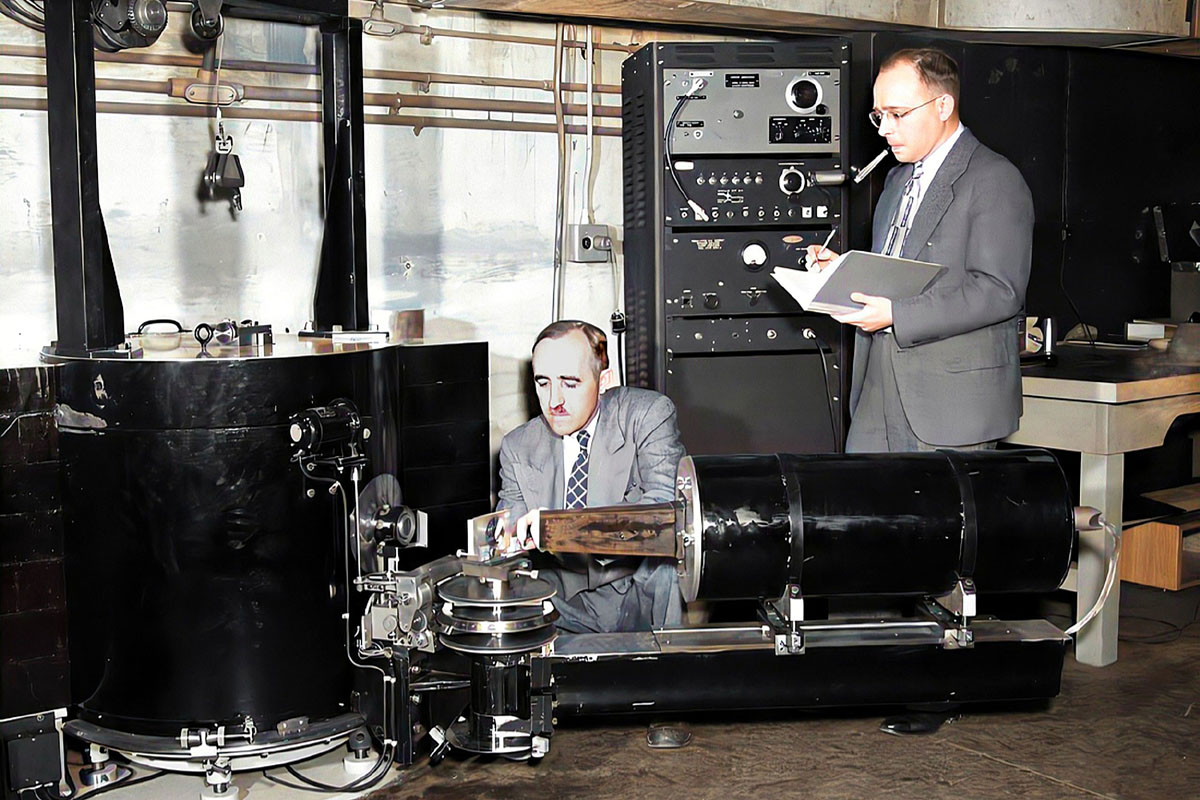 Ernest O. Wollan (1902–1984) was a native of Glenwood, MN, USA. He earned his PhD under Arthur H. Compton from the University of Chicago in 1929. Compton discovered the effect named after him, the Compton effect, for which he received the Nobel Prize in 1927. In his Nobel lecture, Compton stressed that X-rays produce phenomena that had already been known for light. He also predicted the discovery of further phenomena connected with radiation. His prediction proved prophetic in view of the subsequent discoveries of electron diffraction and neutron diffraction. Following his PhD, Wollan spent the next dozen years teaching and doing research at North Dakota State College; Washington University in St. Louis; Zürich, Switzerland; and the Chicago Tumor Institute.

In 1942, Compton and Enrico Fermi invited Wollan to the Metallurgical Laboratory at the University of Chicago, which was part of the American war efforts. His task was measuring radiation exposure, and he developed the film-badge dosimeter. He was present when the Chicago Pile (nuclear reactor) went operational on 2 December 1942. Soon after, he moved to the Clinton Laboratories in Oak Ridge (now the Oak Ridge National Laboratory) and was present when the Clinton Pile went operational on 4 November 1943. Wollan started neutron scattering experiments in 1944 using the Clinton Pile, later called the Graphite Reactor. He added a spectrometer to the Graphite Reactor for measuring coherent neutron scattering of various atoms. Soon, he and chemist Lyle Benjamin Borst recorded the neutron diffraction patterns of some crystal samples. 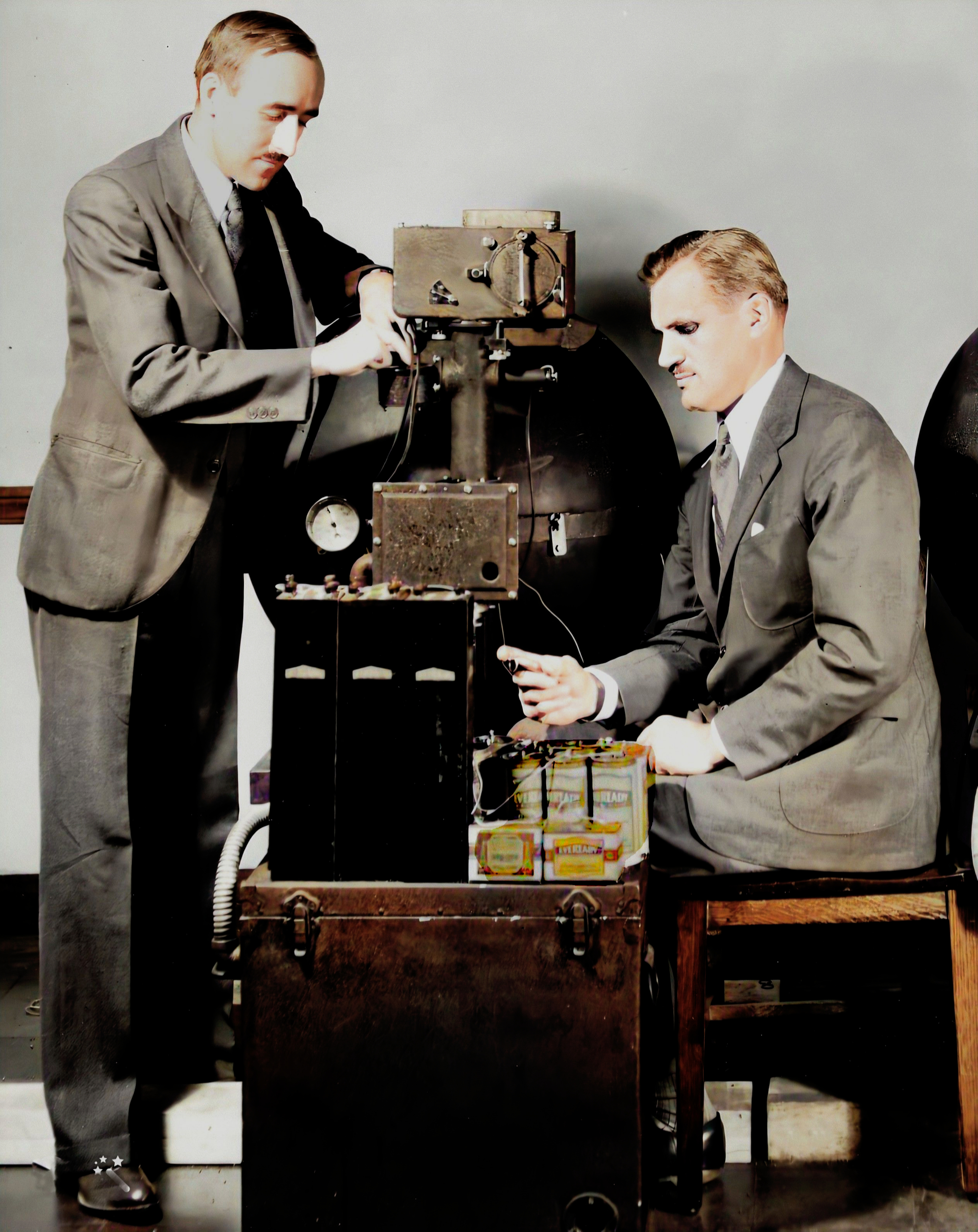 Ernest Wollan (left) with Arthur Compton in the late 1930s at the University of Chicago (courtesy of the US Department of Energy).

When in 1946, another physicist, Clifford G. Shull (1915–2001), visited the Clinton Laboratories, Wollan showed him the latest neutron scattering data that he and his colleague, R. B. Sawyer, had collected. Thus, Wollan and Shull’s interactions began. Shull soon moved to Clinton Laboratories, where they jointly analyzed the intricacies of neutron scattering and made pioneering observations. Their cooperation led to the invention of neutron crystallography, whose main advantage over X-ray crystallography is the possibility of accurately determining the positions of light atoms, such as hydrogen, in crystal and molecular structures. Its main limitation is that it necessitates having access to a neutron source.

At the time of their initial work, Eugene P. Wigner was the director of research and development of Clinton Laboratories. When the two innovators ran into difficulties, they turned to Wigner, who encouraged them to continue the work. They later remembered Wigner’s words, “Maybe there is something new here”. Wigner was not yet a Nobel laureate, but he was already 'Wigner', a tremendous authority in science. He was appointed director in 1946 and left the position in 1947 to return to Princeton, but he continued as a consultant at Clinton for many years. 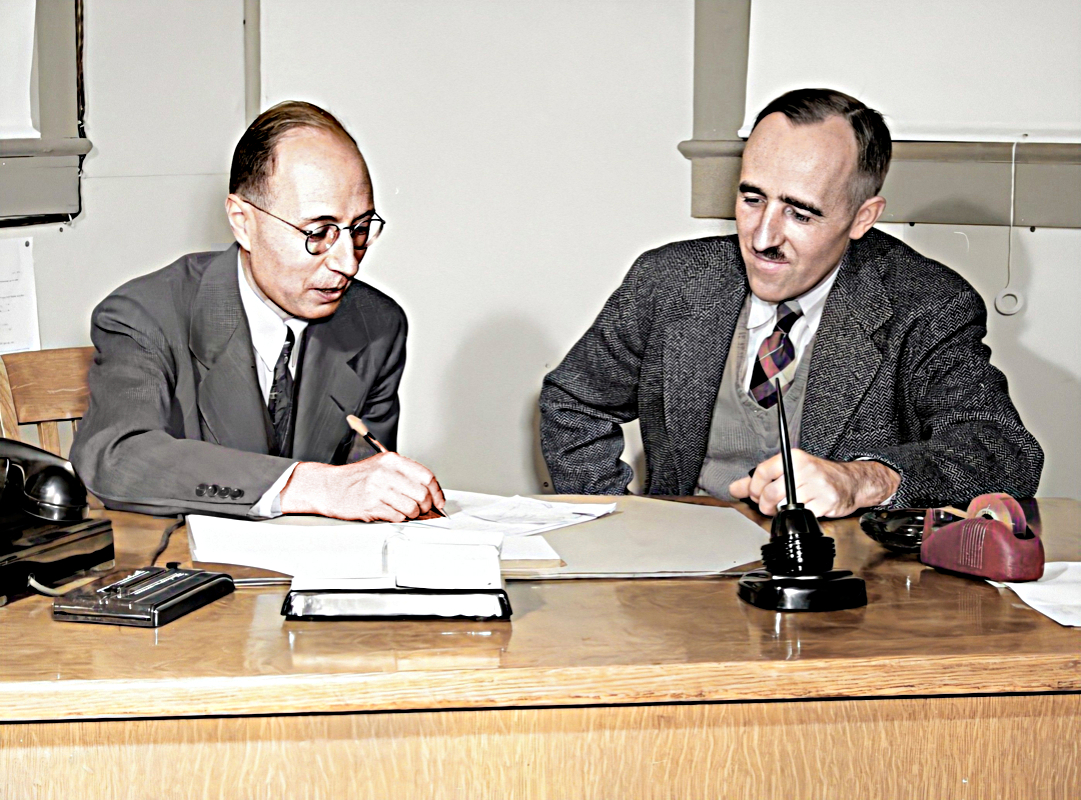 In one of their first joint publications, Wollan and Shull declared that “The new field of neutron diffraction, which has been made possible by chain-reacting piles, promises to be a useful partner to the above fields (X-ray diffraction and electron diffraction) in molecular and crystal structure studies.” [1] It is worth referring to a few more ground-breaking publications from the Wollan–Shull joint work [2–4]. Their cooperation lasted for a decade until, in 1955, Shull moved to academia and became a professor at the Massachusetts Institute of Technology. Wollan continued as a researcher at Oak Ridge and retired in 1967, consulting though for another ten years at the Oak Ridge National Laboratory. He spent his last years back in Minnesota, and he died there, but is buried in the Oak Ridge Memorial Park. As for his honors and awards, Wollan Island in Antarctica is named after him in recognition of his work on the structure of ice using neutron diffraction. Concordia College, where he earned his bachelor’s degree in 1923, awarded him an honorary doctorate in 1965, and in 1967 he received the John Price Wetherill Medal of the Franklin Institute.

Clifford Shull went on to have a brilliant career and enhanced the knowledge of and applicability of neutron scattering. He did much to disseminate the information about neutron crystallography and lectured about it extensively. In the mid-1970s the reception of this technique was still rather mixed. It was a most uplifting episode when, in one of his talks at the time, Shull showed the first Laue pattern using neutron diffraction, and Max von Laue was present among the audience. Upon the presentation, “von Laue’s response was simply to come up to Cliff and give him a big hug.”[5,6] (this was recorded many years later by Shull’s fellow MIT professor Laszlo Tisza in his congratulatory letter to Shull in October 1994).

Shull was awarded the prestigious Gregori Aminoff Prize of the Royal Swedish Academy of Sciences in 1993 for the development of the neutron diffraction technique. In 1994, he received the Nobel Prize in Physics “for the development of the neutron diffraction technique.” It was half of the prize, and the other half went to Bertram N. Brockhouse “for the discovery of neutron spectroscopy.” Both of Shull’s prizes came when Wollan had been dead for many years, and posthumous recognition being precluded, his name could not figure as an awardee, even symbolically. In the introductory presentation at the award-giving ceremony, the Swedish academician did not mention Wollan’s contribution to the prize-winning achievements. However, Shull eloquently remembered it both in his lecture and in his autobiography in the volume of the Nobel Prize materials. He expressed regret that Wollan’s demise ten years before precluded him from sharing the prize, which he would have amply deserved.

The Nobel Prize is a watershed in that the recipients are remembered conspicuously, whereas those who might have contributed to the prize-winning work in equal proportion but do not appear in the Nobel roster may disappear into oblivion. Ernest O. Wollan, just as Clifford G. Shull, deserves to be remembered among the pioneers of modern crystallography and the science of structures.

Istvan Hargittai is located at the Budapest University of Technology and Economics, Hungary.