Now that summer is in progress here in Europe, thoughts naturally turn to holidays and relaxing in the fine weather. But this summer is very different from before, notably because of the terrible war acting out in Ukraine as I write. Sometimes it isn’t easy to think of normal life while that tragedy is happening not so far away. But Crystallography goes on.

So, in this issue, we have several interesting articles. I am always keen to publish accounts of important crystallographers who have largely been forgotten, and I think they deserve some recognition for their contributions to the science we love. For example, the Hargittais, with whom readers will undoubtedly have become familiar, have given us a contribution to remind us of Ernest Wollan, one of the early pioneers of neutron diffraction. Similarly, Larissa Zasurskaya has written a fascinating account of the life of Georg Wulff. Who you may ask? Well, he is someone largely forgotten but nonetheless was an important and talented crystallographer. Some of you may be aware of his famous net for use in stereographic projections. He was a contemporary of W. L. Bragg and even discovered the same law about the same time. Sometimes the law is even known as the Wulff–Bragg Law. Wulff was the first person to introduce X-ray diffraction into Russia.

In the last issue of the IUCr Newsletter, I wrote about a photograph of Victor Mordechai Goldschmidt that had come into my possession (probably from Helen Megaw) just before I moved from Cambridge to Oxford in 1976. The photograph referred to a Miss Maurice visiting Heidelberg. Now, when I looked into this, I discovered that an unusual person called Monica Maurice had been in Germany at the time of the photograph and was a frequent visitor. So I mistakenly assumed that the visitor to Heidelberg was Monica. I asked if anyone had any further information about this, and I have received a letter from Stefan Dietrich in Heidelberg, who is an expert on the life and work of Goldschmidt. It seems that the Miss Monica referred to in the photograph was more likely to be Margaret Maurice (no relation as far as I know), a visiting student with Goldschmidt at the time. Margaret was a student at Girton College Cambridge at the same time as Helen Megaw, and this makes the crystallographic connection. So I think we can assume that she was the person mentioned in the photograph. However, there are odd coincidences. First of all, both Maurices were travelling in Germany at the same time, and, furthermore, both Monica and Helen were on one of the secret BIOS (British Intelligence Objectives Sub-Committee) missions to German laboratories after the war. By the way, Goldschmidt was a fascinating person not just as a scientist but also because of his wide-ranging interest in the fine arts. The book by Stefan Dietrich is well worth a read and can be found at https://doi.org/10.17885/heiup.767 or https://doi.org/10.17885/heiup.767?lang=en

It is such a pleasure to see that Crystallography is booming in Africa, a continent for so many years overlooked. You can read about one of the latest OpenLab projects in Brazzaville, Congo. It looks to have been highly successful, and the organizers are to be congratulated. A fine achievement. In addition, we have report on ePCCr: Pan-African Conference on Crystallography Online, whose theme was ‘Crystallography, an interdisciplinary science for the Africa of the future’.

We also have two contributions to this issue from China, an article about the Big Data Science Center at the Shanghai Synchrotron Radiation Facility and a report on the 2021 Conference of the Chinese Crystallographic Society. The latter was prepared by Professor Nan Zhang from Xi’an Jiao Tong University, and I am pleased to say that she has now agreed to join the regional editorial team for the Newsletter, so I hope we shall hear more about Crystallography in China. I recall how in 1978 during the IUCr Congress in Warsaw, China was admitted into the Union for the first time (I think our Union was the first to recognize Chinese scientists). This was not long after the end of the terrible Cultural Revolution and after the visit by Richard Nixon, China was beginning to open to the rest of the world. Several of us were invited by the Chinese delegation to meet outside the Congress Centre and then we were all bussed some distance into the city until we arrived at a huge grey building, the Chinese Embassy. But there was no-one in sight. Eventually, someone suggested that we should go in through the door. Again no-one to meet us. Strange. But then we saw a large staircase and decided maybe we should try climbing to the next floor. And there to greet us was this large contingent of Chinese crystallographers and Embassy personnel. After standing around for some time chatting with them, suddenly a huge wall behind us opened up to reveal a large hall with all kinds of Chinese food being laid out for us. This was truly memorable. There I met the leader of the Chinese delegation, Professor Tang Youqi, and after the Congress I was pleased to welcome him and his delegates to Oxford. China was clearly changing. They in turn invited us to a magnificent Chinese meal in London. You can tell that I love Chinese food! 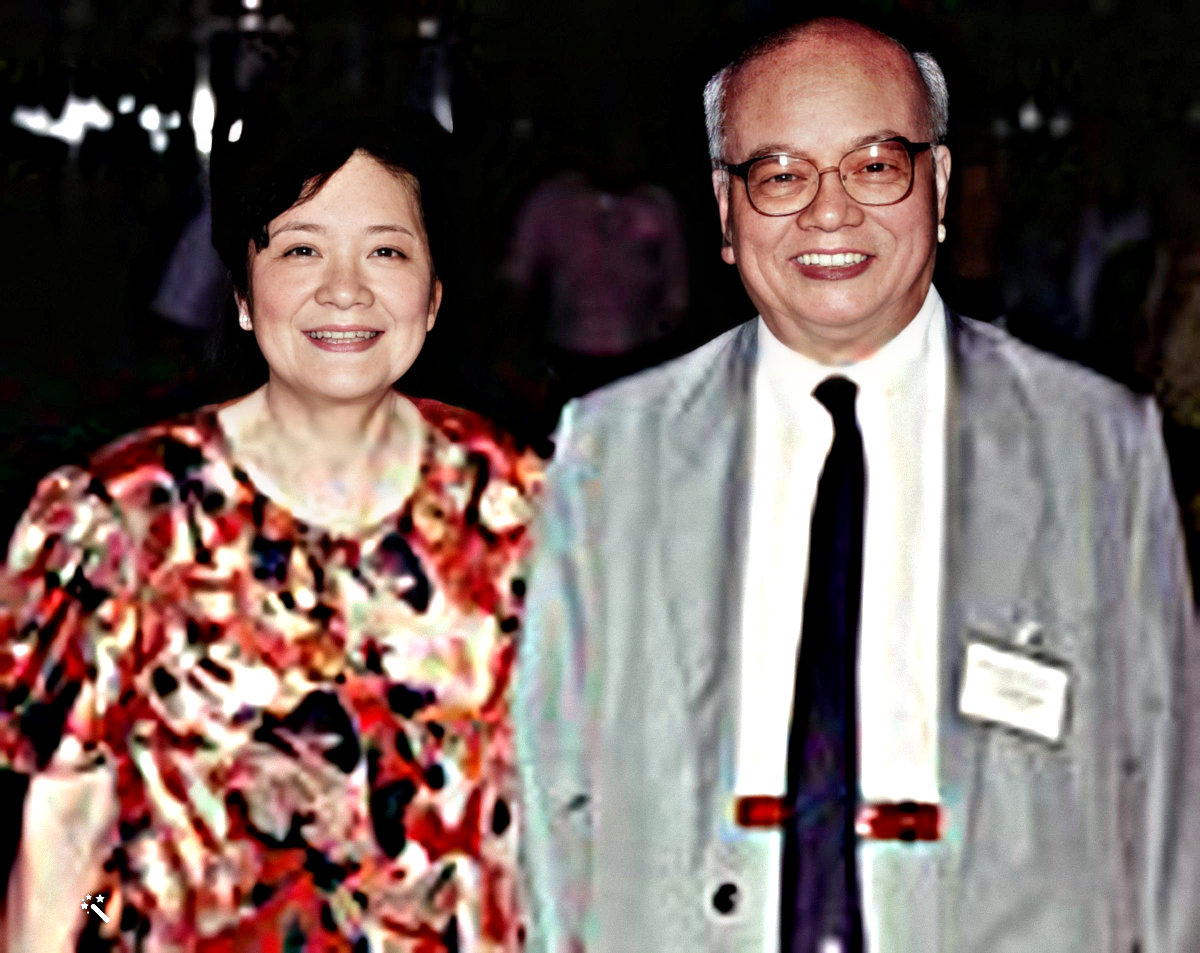 In another informative article, Stephen Neidle has written about the importance of water concerning the human genome. I personally hadn’t realised before that it was such an important component: pretty obvious, I guess in retrospect, as water is such a vital molecule in living organisms. I had never heard about its role in DNA before, but then biological crystallography is not my field of study.

Maureen Julian has written about her time in the laboratory of Kathleen Lonsdale, mentioning most of the characters who were there in the late 1960s. Kathleen Lonsdale is well known to all crystallographers especially. She was one of the two first female Fellows of the Royal Society. As I (together with the late Howard Flack) was her last PhD student, I was personally interested in receiving this article from Maureen. They were exciting times indeed and, for me, reading this article is a trip down memory lane.

You may recall that a short time ago we ran an article on the definition of a crystal. You may be interested in one of the satellite meetings of this year’s European Crystallographic Meeting, entitled: Mathematics and Computer Science for Materials Innovation: Crystal Lattice Classifications to be held in Liverpool, UK, from 5 to 9 September. This is organised by Vitaliy Kurlin and Mois Aroyo, see http://kurlin.org/ECM33MACSMIN2022crystal-lattice-classifications.html for more details.

Finally, I am sorry to say that some more of our colleagues have recently passed away. In this issue, there are obituaries for Lev Feigin (Russia), V. M. Vijayan (India) and Jim Ibers (USA).