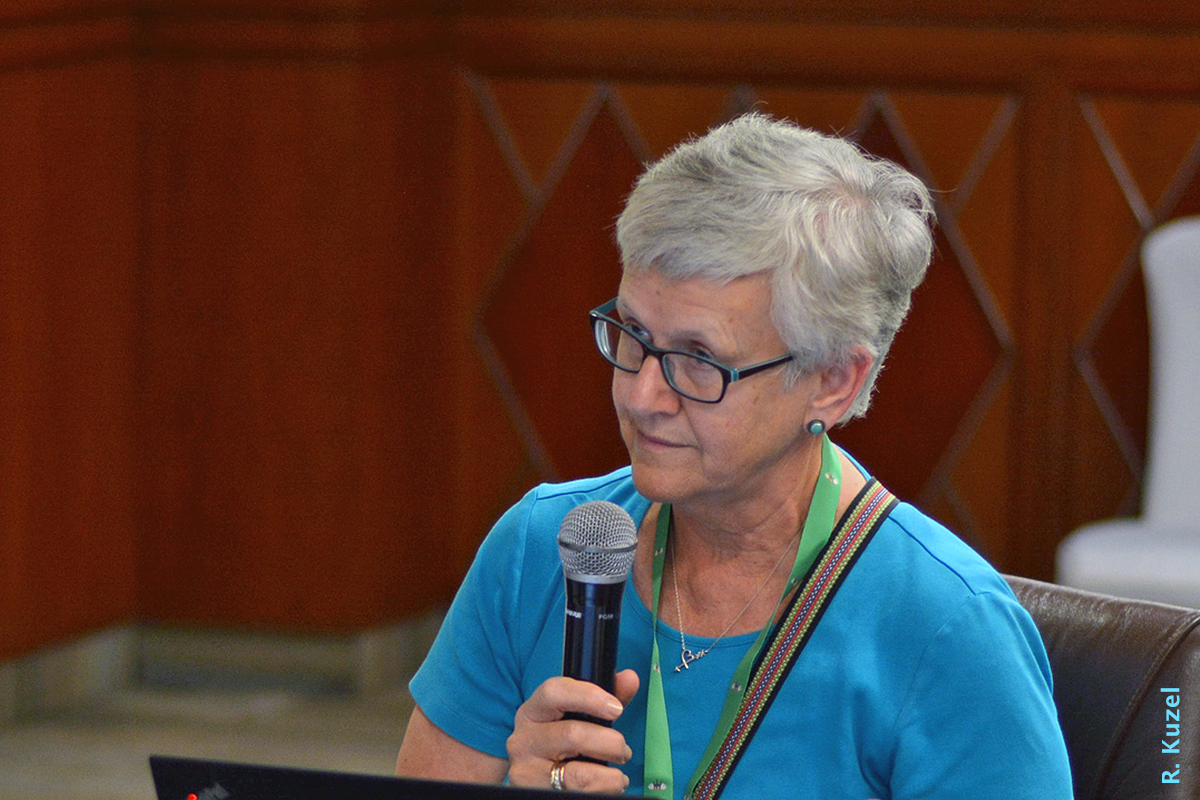 Nominations for this year's prize were considered jointly by representatives of the Organizing Committee of the XVIII International Small Angle Scattering Conference (SAS2022) and the IUCr Commission on Small-Angle Scattering, and we are delighted to announce that Jill Trewhella (University of Sydney, Australia) is the recipient of the 2022 Guinier Prize.

In the prize citation, Professor Trewhella's many contributions to this thriving field were recognised as follows:

Prof. Trewhella is a pioneer and acknowledged leader in the application of SAS to problems in structural biology as well as a tireless promoter of the technique in general, and to the structural biology community in particular. During her career, she has published over 180 original research papers, reviews, book chapters, essays, pedagogical articles, and reports. She has served on the editorial boards of the Biophysical Journal, Biochemistry, Biology and Medicine and others. Her leadership in the development of and advocacy for well-defined standards for assessing data quality, model validation, publication and data archiving appropriate for the biosciences field culminated in the publication and wide acceptance of guidelines used by the bioSAS community today. Throughout her stellar career, she has also mentored generations of biomolecular SAS researchers. Prof. Trewhella’s achievements, positive influence and strong contributions clearly make her a most deserving recipient of the Guinier Prize.

The award will be formally announced during the opening of SAS2022 in Campinas, SP, Brazil, on 11 September 2022, and Professor Trewhella will present the Guinier Lecture on 15 September.

Previous winners of the Guinier Prize