The other day, an acquaintance sent me your 2022 article on the "Lady of the Lamp", Monica Maurice. Two to three years ago, I had been in search of a Miss Maurice too, and I became all the more interested because your paper includes a photo of Victor Goldschmidt – he was the context for my search for a Miss Maurice. In 2020, my wife and I published a book on the occasion of the centenary of the von Portheim Foundation in Heidelberg, Germany. The Foundation was established and endowed by Victor Goldschmidt in 1919. The Foundation still maintains an Ethnographic Museum in Heidelberg.

At the end of the 1920s, Goldschmidt also set up a grant scheme of the Foundation to enable British post-graduates to carry out research in Heidelberg at whichever institute for one year. The candidates were chosen by the Universities Bureau of the British Empire, which generally administered the scheme. The first candidate for the academic year 1930/31 was Miss Maurice in the field of crystallography (she had the grant for one semester, and this was extended for another semester, the summer semester of 1931). The crystallographic Miss Maurice was, however, a Miss M. E. Maurice. I eventually spotted her in the "Girton College Register 1869–1946" (published in 1948) as Margaret Esther Maurice. Her entry mentions the stay at Heidelberg and that after marriage, she was M. E. Boyland (see below).

Concerning her research work after her stay in Heidelberg (1932ff.), she is briefly mentioned in the book Fifty Years of X-ray Diffraction (edited by P. P. Ewald, 1962), on p. 419, confirming crystallography as her field of research.

So the picture in your article was a souvenir given to Margaret Maurice when she departed from Heidelberg. A group picture which includes Margaret Maurice and which was taken during her stay in Heidelberg is published in the book on the von Portheim Foundation on p. 32 (reproduced below). 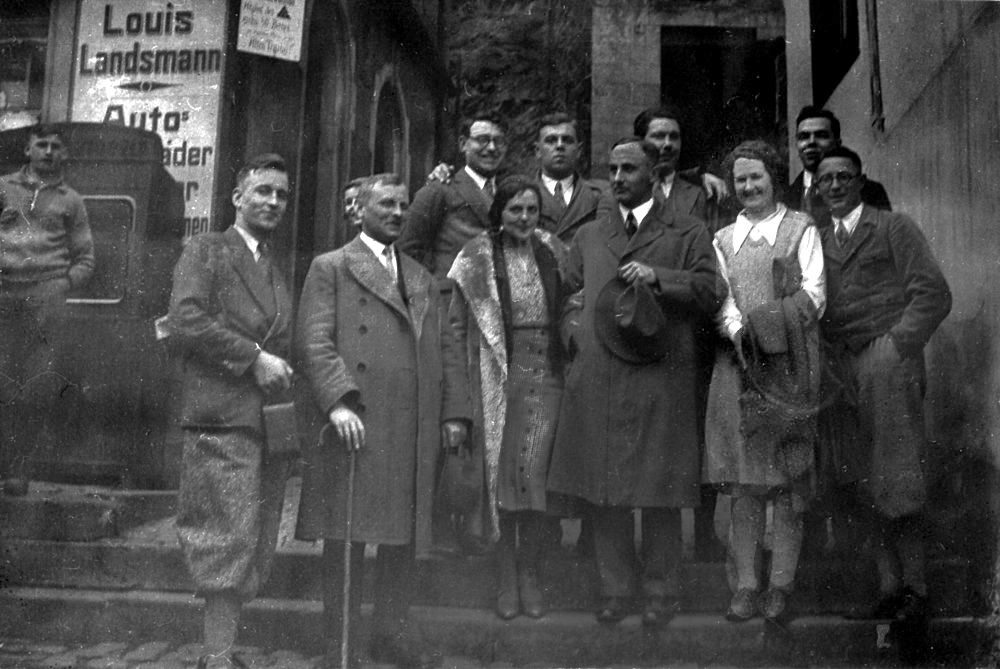 Front, second from right: Margaret E. Maurice. She was the first student to be awarded the von Portheim Foundation Grant for British students, 1930/31. A graduate in mineralogy (BA) from Girton College, Cambridge, she joined Goldschmidt’s Crystallographic Institute. The photo was taken on the occasion of an excursion of the institute to Idar-Oberstein in March 1931. (https://heidicon.ub.uni-heidelberg.de/detail/1041998: Universitätsarchiv Heidelberg, Bildarchiv, inv.no. Alb 76 0077).

The same book, p. 31, includes all too brief remarks on the grant scheme for British students. On pp. 90–91 there is a very brief remark on Goldschmidt's contact with W. L. Bragg in the early 1930s. In case you are interested you can download the book (open access) at

By the way, I am not a crystallographer or natural scientist, my field is ethnology – hence my occasional work at the Ethnographic Museum of the Foundation, and hence my acquaintance with the history of the Foundation (which in Miss Maurice's time still included a Crystallographic Institute).