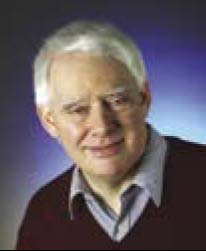 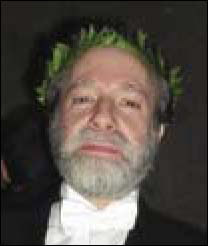 Gérard Bricogne
The Royal Swedish Academy of Sciences (RSAS) has decided to award the 2009 Gregori Aminoff Prize in crystallography to George M. Sheldrick (Göttingen, Germany) and Gérard Bricogne (Cambridge, UK) 'for their contributions to theoretical development and methodological implementation in crystallography'.
Crystallographic methods are used to determine the positions of the atoms in semiconductors as well as in virus particles. The 2009 laureates have both contributed to make the methods of crystallography more powerful and more generally applicable.
George Sheldrick (Georg-August Universität, Göttingen, Germany) has developed the software package SHELX, which early began to dominate structural determinations of smaller molecules. Through continuous development and enhancement SHELX has today become a powerful and easy-to-use tool within all scientific disciplines that uses structural information -- from mineralogy to molecular medicine. Because SHELX is free to use it has had a tremendous impact among researchers worldwide.
Gérard Bricogne (Global Phasing Ltd, UK) has contributed to the development of crystallographic methods and thus revolutionized the research area for determination of the structure of biological macro molecules. In 1978 he succeeded for the first time to determine virus structures at an atomic scale. He founded the non-profit company Global Phasing Ltd, which today, free-of-charge, provides researchers with software for crystallographic methods.
The Prize will be awarded by the Royal Swedish Academy of Sciences on March 31, 2009. The prize amount (SEK 100 000) is to be equally divided by the two laureates.