Who can be a crystallographer? 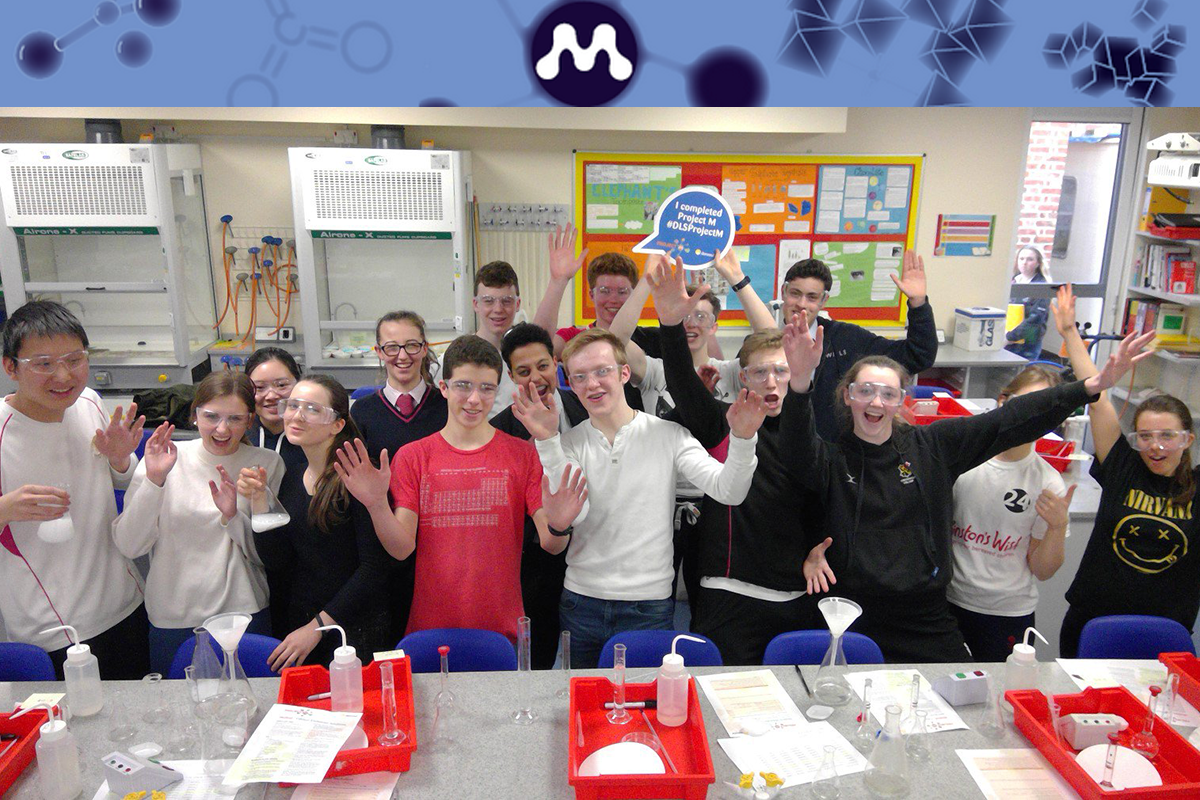 For those of us who have been through years of learning and training, it seems somewhat strange to answer this question with “anyone”. The incredible depth of our field and complexity of our science have bewitched so many of us, that jumping feet first into being a crystallographer with no professional experience seems impossible. But we should remember that people can contribute to science in different ways and at different levels. Thinking outside the box, we have the tools and the knowledge to share the fundamentals of crystallography to, in turn, empower people to participate in crystallography in whatever way they can. This is the fundamental goal that underpins the biggest ever outreach project at Diamond Light Source, Project M.

Student participation in real science is an idea that many people have been exploring, including Zooniverse and the Institute for Research in Schools to name two of many. Given the speed, power and knowledge at a synchrotron, experiments that engage lots of students would absolutely be something we could excel at. Enter Project M (Twitter: @DLSProjectM), where over 1000 students from 100 schools all over the UK participated in 1 experiment running over 24 hours at Diamond Light Source on Beamline I11, the high-resolution powder diffraction beamline. Beamline I11 has a robot and sample carousel that can hold 300 samples, so this was the perfect starting place for this project.

The most critical question for this project, however, was what scientific question could the students help us answer? Calcium carbonate is the most abundant biomineral, being produced by organisms for use as shells, skeletal supports and even optical lenses. The ability of nature to direct CaCO3 crystallisation is frequently explored through biomimetics, whereby the addition of reagents that mimic the biological scaffold influence CaCO3 formation. Amino acids are the simplest descriptor of the biological scaffold, being an analogue of the protein side chains observed in biomineral organic matrices. Our group had studied the synthesis of calcium carbonate with amino acids previously and it turns out that calcium carbonate was conveniently already on all of the UK curricula, which meant it would tie in with the teachers’ learning objectives for the students. The synthesis of this material is also already performed in secondary school labs and the safety hazards attached are very low. By providing each school with a different amino acid to act as a scaffold for directing crystallisation, the students could explore the impact of increasing concentration of amino acids on polymorph formation and on lattice expansion due to incorporation. The large number of participants would enable the screening of a large number of amino acids.

The logistics of delivering such an experiment are really not trivial. Even the act of packing up boxes to send to schools required huge planning and a team of over 30 people who helped throughout the day to make the boxes, sort the paperwork and ensure each box had everything it needed before sending them off. Investment into resource development and testing was also essential - the instructions and methodology chosen had to work in secondary school labs. It is very easy to forget that secondary school students do not have access to the same equipment or knowledge of language that we do! 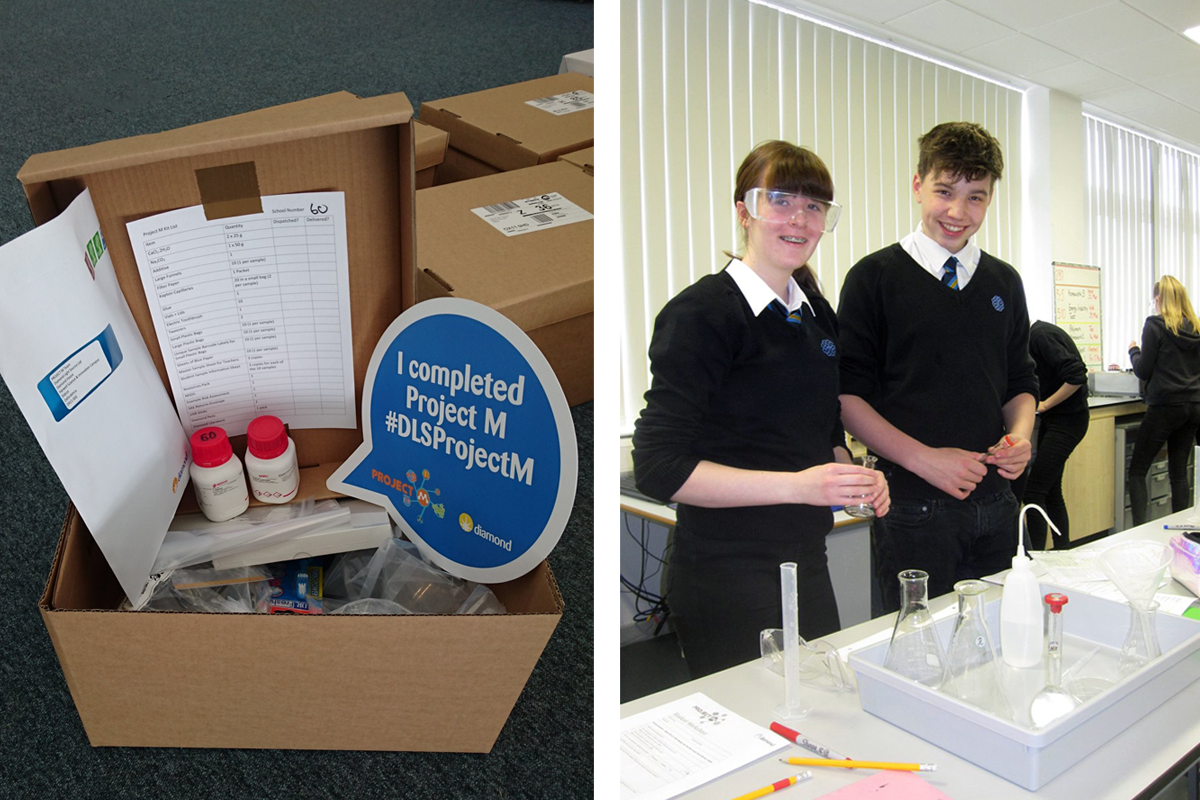 The project took over 2 years to develop but it only required 24 hours of beamtime. The day itself was full of excitement and anticipation, with a live video of the experiment throughout the process so everyone could see the robot mounting samples and the detectors moving. The data were also live tweeted so that the schools were able to see their diffraction patterns (Twitter: @DLSProjectMLive). Following the experiment, the data were all uploaded to a website where the students could interact with their data. Tools were specially built to facilitate peak fitting and comparison of diffraction data with standards and with other similar data and so students could work out which polymorphs they had made and compare with other student data for similar samples.

The response to this project has demonstrated that there is a real appetite for teachers and students to engage with real science and we would strongly encourage you to give it a go. It is a lot of work to undertake, but the rewards in knowing that students have an opportunity to learn about and participate in real science are tremendous. We were also very excited when we started analysing the data as there were some fantastic results. The volume of data does limit the rate of progress, but we are in the process of preparing a manuscript and hope to publish the data soon. This project would not have been possible without a huge team of internal and external people who contributed in so many ways, and we are all incredibly grateful to everyone for helping to make this happen.