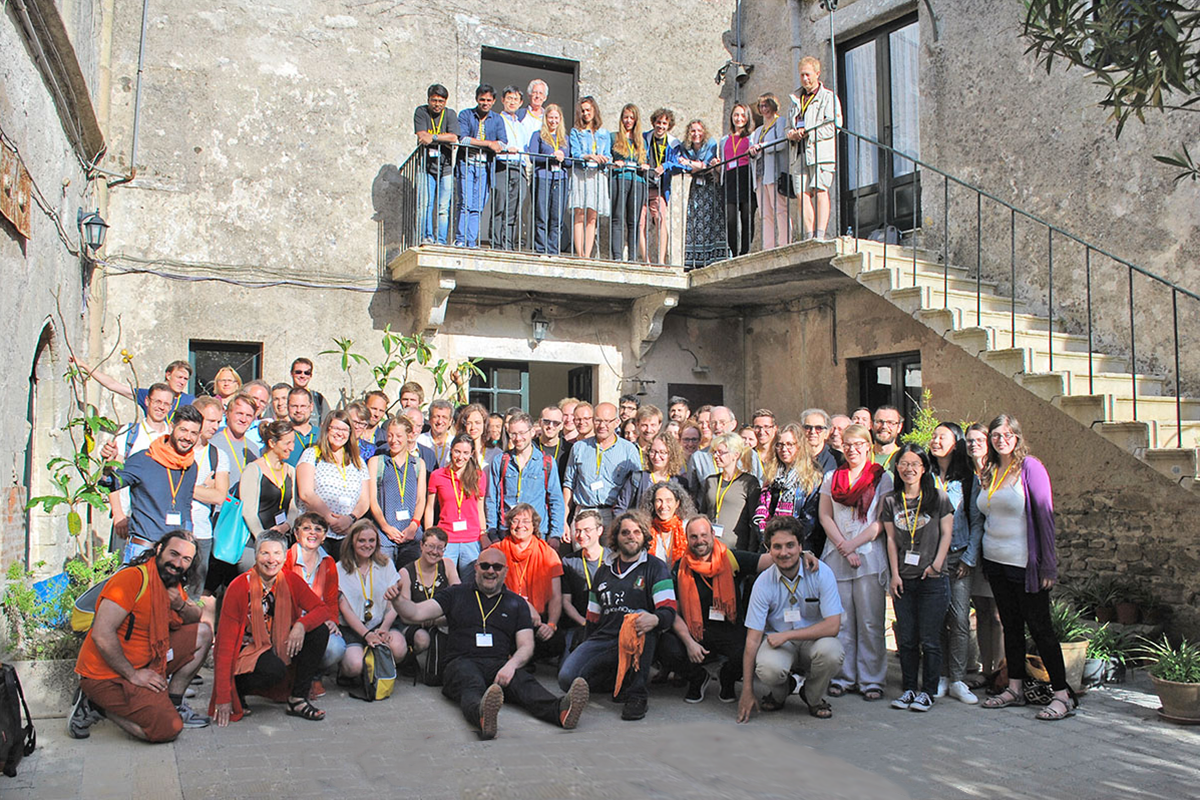 The 52nd Course of Crystallography at the Ettore Majorana Research Foundation in Erice, Italy, coincided with the inaugural school on Quantum Crystallography, and took place from 1 to 10 June 2018. The course ran in parallel with the 51st Course on Electron Crystallography.

A total of 56 students from 16 countries and 25 lecturers/tutors attended the school, filling all the seats available.

The lectures started with fundamentals of crystallography (symmetry, diffraction, modelling) and quantum mechanics (the Schrödinger equation, wavefunctions, physical bases of the models). The lectures then focused on the most adopted methodologies (experimental as well as computational) to determine the charge and spin electron density, the wavefunction and the electric and magnetic properties of crystalline materials. In the last sessions of the meetings, the lecturers presented applications of quantum crystallographic studies. A round table concluded the meeting, reviewing some topics discussed with an outlook on open questions and future studies. During the 5 tutorial sessions, 10 workshops were organized based on the most broadly adopted and updated programs for multipolar models, X-ray constrained wavefunctions, periodic wavefunctions and electric/magnetic properties.

During each lecture session, a sufficient amount of time was allocated for discussion and questions from the students, who interacted quite intensively with the lecturers. The students also demonstrated interest outside the official sessions, during the breaks or social activities.

As usual at the Erice meetings, the social program was extremely rich and pleasant, including social dinners and a get-together party, music events and excursions to historical sites in the neighborhood. The participants appreciated these activities and also took advantage of the opportunities for extra discussion sessions, in an informal fashion and more relaxed atmosphere.

During the closing ceremony on the last day of the school, several prizes were awarded to students: best poster prizes and the Lodovico Prize, which is awarded to the student who has been the most lively participant, both inside and outside the lecture hall. The third place for the poster prize was awarded to Alexey Kuzmin, PhD student at the Institute of Solid State Physics, Russian Academy of Sciences (RU); the award for second place was assigned to Alena Vishina, Postdoc at the Chemistry Department, Chalmers University of Technology (SE); and first place was awarded to Emil Damgaard-Møller, PhD student at the Center for Materials Crystallography (CMC), Aarhus University (DK). The committee decided to award the Lodovico Prize to Lorraine Andrade-Malaspina, PhD student at the University of Bremen (DE).

At the end of the course, the participants received an electronic survey to evaluate and comment on the quality of the program. Their responses indicated that a similar meeting should be held at least within 3-4 years and that the course had achieved most of its objectives (score 85/100).