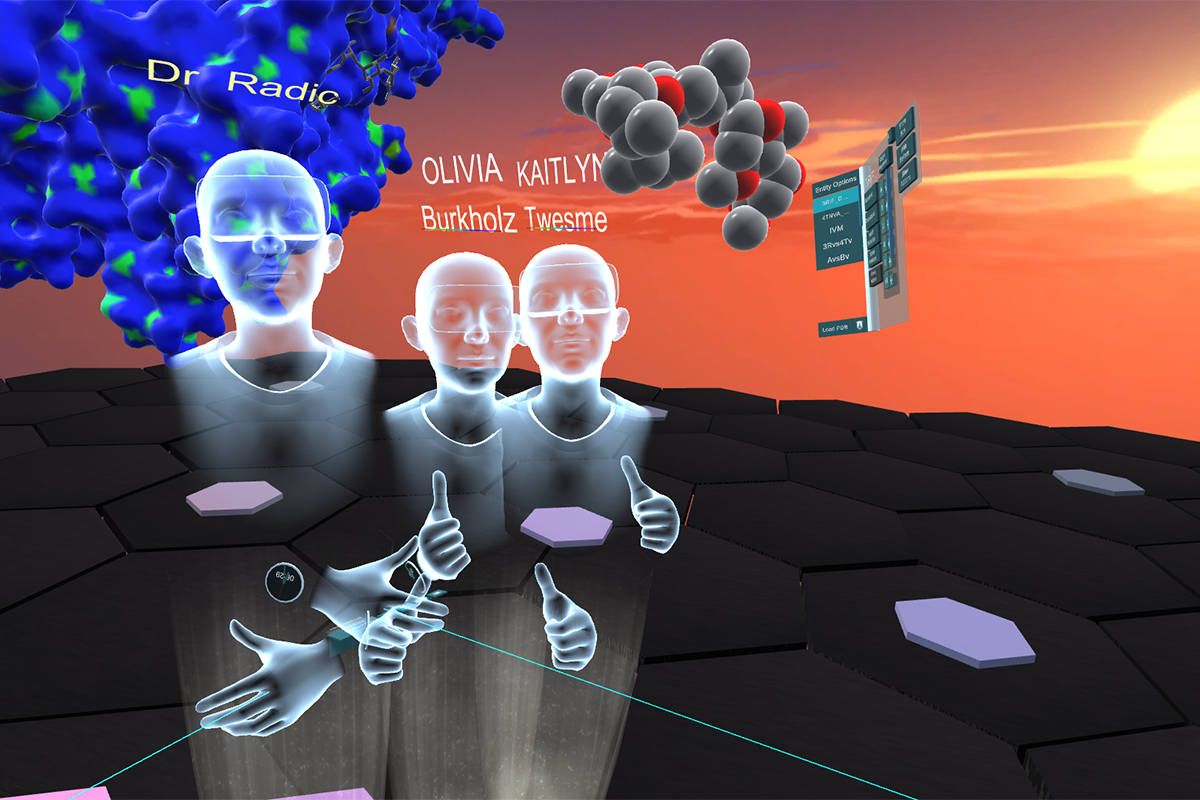 Are you a high- or middle-school student in Wisconsin, USA? Are you interested in science or arts? If you answered yes or yes, then nothing should stop you from competing for a chance to grow crystals at the International Space Station!

A state-wide Wisconsin Crystal Growing Contest (WICGC) among youths aged 11-18 has been an annual event since 2014 (Figure 1a). Over 650 students and teachers annually compete for prizes awarded based on crystal quality and the students also vie for prizes in the 'crystal-inspired art' category. The event is organized at no cost to participants and is completely supported by sponsors; the IUCr has co-sponsored the project twice since inception. The WICGC (http://wicgc.chem.wisc.edu/) has been previously described in the Spring 2015 and Fall 2016 issues of the ACA’s newsletter Reflexions and herein I will instead briefly describe the WI Space Crystal Mission (Figure 1b).

Figure 1. (a) The WICGC logo. (b) The WI Space Crystal Mission logo designed by the student art team. Earth signifies the location of the ground control experiments and the ISS signifies the location of microgravity crystallizations; the ISS solar panels are blue to reflect the color of CuSO4·5H2O, and the white stars symbolize KDP (potassium dihydrogen phosphate). The logo could not display the US flag, but the state shape in cardinal red is Wisconsin.

In 2017 a spectacular development took place: the WICGC organizers launched a collaboration with CASIS (Center for the Advancement of Science in Space), the manager of the International Space Station U.S. National Laboratory (ISS NL). As a result, the winners of the 2017 and 2018 WICGCs were privileged to collaborate with CASIS scientists and have the singular experience of conducting crystallization experiments aboard the ISS!

The winners of the top six prizes in the 2017 WICGC were offered the chance to collaborate on the Space Crystal Mission and boy, did they hit the jackpot! The program exposed the students to the special characteristics of engineering, research and operations in a space environment. The students had to translate and optimize ground laboratory experiments to spaceflight conditions aboard the ISS NL. Scientists from University of Wisconsin-Madison, Covance Clinical Research Unit and CASIS guided and educated the students through all phases of the project; however, the students (ages 11-18) were treated as adults and had to perform all the work themselves (Figure 2). Participants’ efforts were fruitful and at the end of this 10-month endeavor the students successfully obtained crystals of CuSO4·5H2O and KDP aboard the ISS NL in specially designed flexible transparent containers by the thermal gradient technique. The crystals were expected to be of higher quality than on Earth due to the diffusion-controlled crystallization dynamics in the absence of convection and sedimentation. 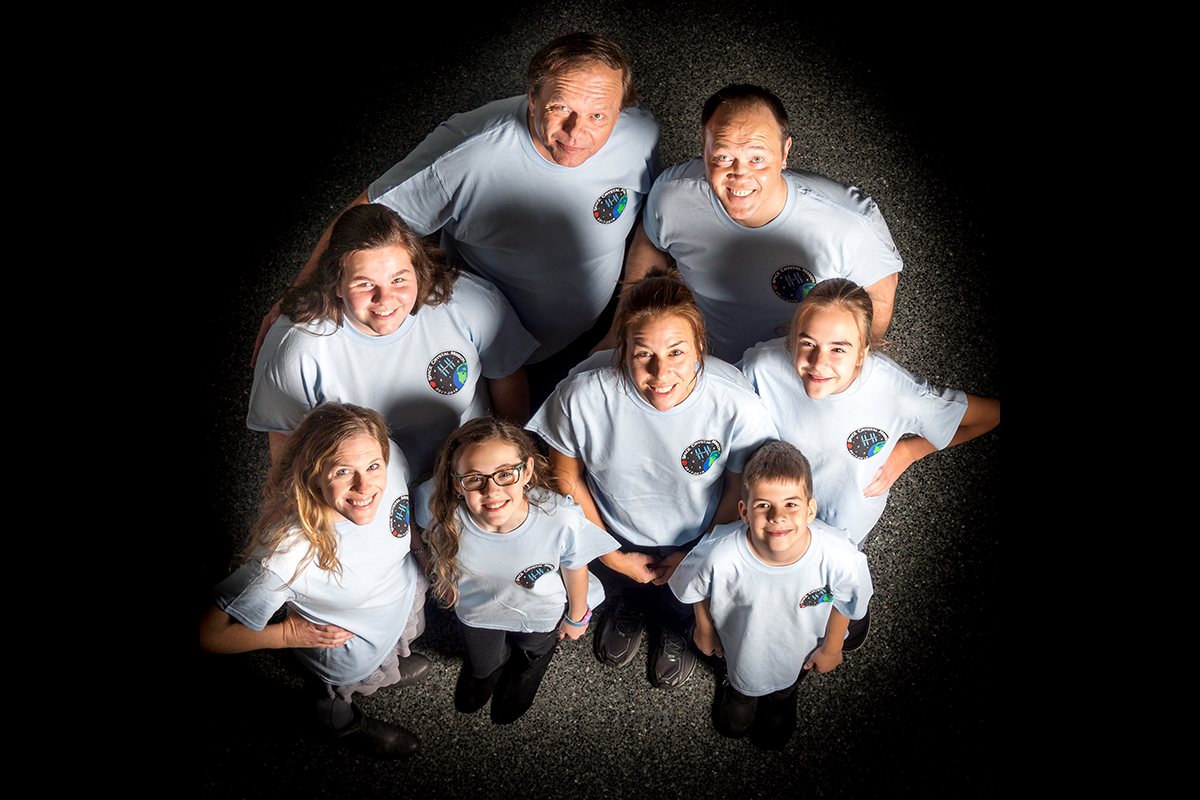 Figure 2. WI Space Crystal Mission participants and their family members viewed from the perspective of the ISS.

The Space Crystal Mission was educational for the team leaders, but it is the benefits to the students that must be particularly stressed, because nobody is better at outreach than CASIS and the National Aeronautics and Space Administration (NASA). The winners of both the crystal growing contest and the art contest were invited to participate by CASIS. The project began in May 2017 with a visit by a CASIS senior research scientist Marc Giulianotti. In August 2017, a payload specialist April Spinale from CASIS visited Madison to give a lecture to the students and their parents about the experiment design and the eventual visit to Cape Canaveral. By November 2017, all hardware had been designed and ground control experiments conducted. In the process the students learned to collaborate remotely with their peers and leaders, write professional e-mail messages, prepare posters and PowerPoint presentations, critique each other’s work, take laboratory notes and use new software programs.

We arrived in Cape Canaveral four days before the launch on March 29, 2018, and took the afternoon to familiarize ourselves with the wet lab at the CASIS Space Life Sciences Building. On March 30 the students prepared the solutions and charged the crystallization apparatuses with crystallization materials. Dr Zoran Radić (University of California, San Diego, USA) set up a virtual reality exhibit for the students to explore proteins and take a virtual selfie (see beginning of the article)! On March 31 the leaders turned over the experiments (which were not to be touched with bare hands) to NASA specialists who verified the contents and then weighed, measured, photographed and documented the submission. The hard part was over, and the fun began. On April 2 the team arrived at the Kennedy Space Center where the students gave a short oral presentation at the Journey to Mars pavilion along with other student teams. At 16:30:38 we gathered at the VIP viewing area and watched the SpaceX CRS-14 Dragon capsule with a Falcon 9 booster launch to the ISS; the live commentary from the control center over loudspeakers was outstanding. It was extremely satisfying to witness the take-off, watch the rocket disappear into the sky, and follow the flight progression via a live feed from the cameras on the rocket. A few minutes into the flight, the solar panels unfolded and the Earth entered the background - a sight our team will never forget. After high-fiving, there was more work to do - the students had to present posters to the public in the Apollo/Saturn V pavilion under the rocket.

Two members of our team were later selected by CASIS to participate in the ISS R&D conference in San Francisco in July 2018 (all expenses paid). Among the typical conference activities, this engagement required Kaitlyn Twesme (14 years old) and Payton Kelly-Van Domelen (13 years old) to serve as panelists with a peer student group in a large auditorium in front of several hundred people. During this round-table event there was a live downlink from the ISS, and American astronaut Andrew Feustel answered a question from each of the 10 students! Through all stages of the Space Crystal Mission the students gave presentations at schools, libraries and chemistry departments, and even appeared on local TV. I have kept in touch with the students after the space crystal project and can attest that they have grown into independent and motivated individuals with leadership qualities. It was certainly a lot of work for the students (the parents know!) but they benefitted in ways that we did not originally envision.

The popular WICGC took off (pun intended) in a different direction in 2017 and we expect to attract even more participants in the future.