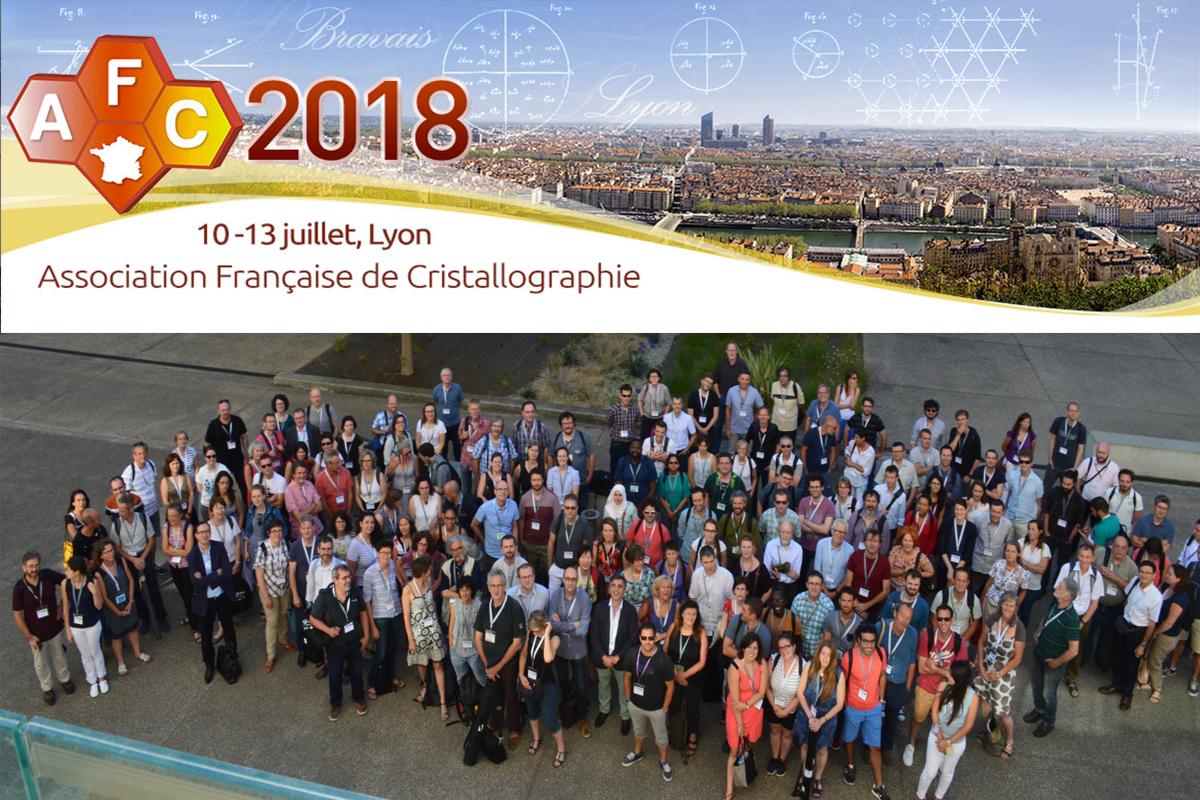 The biennial conference of the French Crystallography Association (AFC), AFC2018, was held in Lyon, the third most populated city in France, which bears witness to 2000 years of history. A total of 227 participants enjoyed high-level science and lively discussions from 10 to 13 July 2018. The scientific program consisted of 3 plenary lectures and 19 sessions, of which 4 were common to all participants and 15 were held in parallel, as well as numerous other events. Excellent pedagogical plenary lectures gave overall views on diverse topics including magnetic chirality (Virginie Simonet, Grenoble), multidrug ABC transporters (Kaspar Locher, Zurich) and applications of mixed metal compounds (Katharina Fromm, Fribourg). The 15 parallel sessions successfully covered most of the present concerns of crystallography in chemistry, physics and biology, as well as making deep incursions into mineralogy and pharmacy. More than 63 talks were delivered within these parallel sessions, leading to a high attendance and numerous questions and comments. During the initial building of the program, particular attention was paid to the involvement of women in order to support the "women in crystallography" movement. Among the plenary sessions, two were dedicated to large-scale facilities. Representatives from SOLEIL and ESRF came to discuss the technical and scientific future of the synchrotrons and their beamlines. Intense and direct discussions were appreciated by all and laid the foundation stone for a deeper reflection that AFC will closely follow. Another common session was dedicated to crystal growth, marking the very strong involvement of the French crystal growth community in the AFC. The last common session, dedicated to teaching, opened up - quite surprisingly - some optimistic prospects on the return of crystallography to the teaching of students in many places. In addition, the AFC invited the French Neutron Society (SFN) to a special session in order to reinforce the links - already strong however - between these two communities.

Poster sessions were heavily attended and resulted in appreciated poster prizes. AFC also delivers every even year PhD prizes covering biology, chemistry and physics topics. The three winners for 2018 - Clément Charenton (Paris-Saclay), Cassandre Kouvatas (Rennes-Lille-Caen) and Virginie Thery (Limoges) - gave lectures illustrating the dynamism of the young French crystallographers. Other sessions completed this very dense program. Among them, the now recurrent "Meet the industry" session, which involved many industrial workers and notably confirmed that, yes, it is possible to make a career in industry after an initial training in crystallography. Two popular science lectures were also offered to all participants and beyond. Chantal Abergel (Marseille) presented the fascinating and curious universe of giant viruses, while Marie-Hélène Reynaud (Annonay) narrated the difficult but productive life of one of the most famous crystallographers, Auguste Bravais, born near Lyon in 1811. In parallel, the popular travelling science exhibition "Bling Bling! l’art de scruter la matière" created by colleagues from Nancy was on display throughout the meeting. Exchanges with AFC sponsors and exhibitors were possible, notably during the coffee breaks and the Banquet Dinner, which took participants on a cruise to the confluence of the Saone and Rhône rivers, which irrigate Lyon. 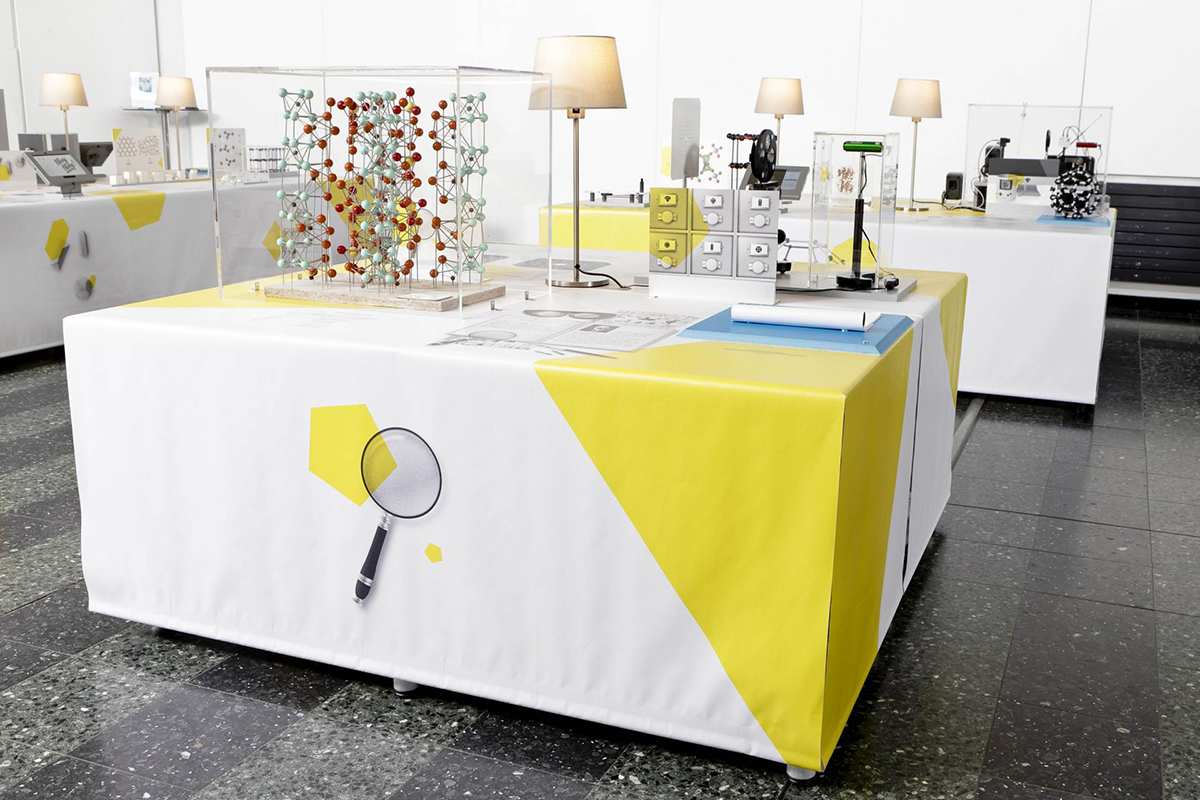 A view of the popular science exhibition.

Last but not least, the general assembly of the AFC took place during the meeting and was an opportunity to present an overview of the actions carried out by the AFC over the past two years and to highlight several novelties. Among them, the AFC has created a national prize for confirmed crystallographers that will be awarded every even year, starting in 2020. This prize will be called the AFC "André Guinier" Prize, named after the famous French crystallographer, one of the founders of the AFC and Past President of the IUCr.

The next general conference of the AFC will be organized in Grenoble in July 2020 (Organizing Committee Chairs: Matias Velazquez and Claire Colin). Before then, French crystallographers will meet in Toulouse for the Integrated Structural Biology meeting jointly organized by AFC and the French Biophysics Society (SFB) from 7 to 10 October 2019, and for the well-established "Rayons X et Matière" meeting organized in Nancy from 19 to 22 November 2019.

More details on the above can be found on the AFC web site here.