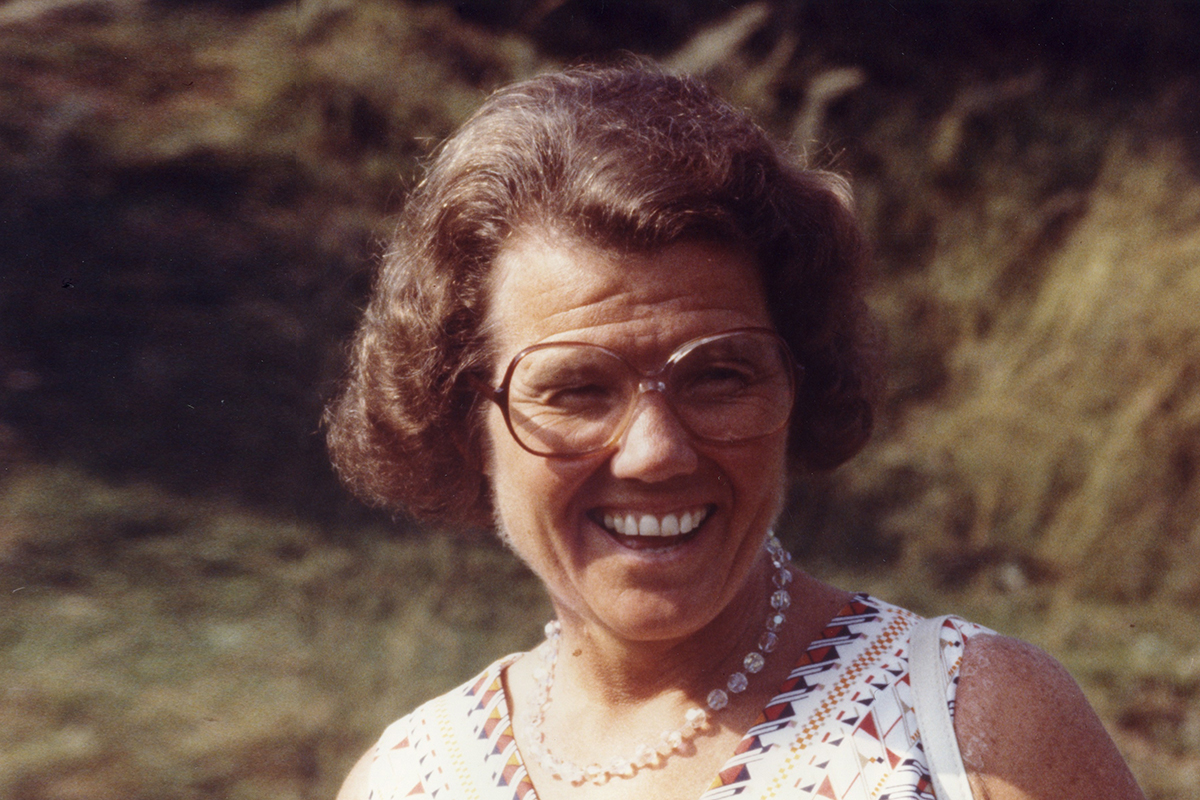 Aafje Vos during the Eighth IUCr Congress in Stony Brook, NY, USA, in 1969.

Aafje Looijenga-Vos, emeritus professor of structural chemistry at the University of Groningen, the Netherlands, died at the age of 90 on 4 November 2018.

Aafje was born in Marum in the north of the Netherlands. After her secondary school, in 1946, she started studying chemistry at the University of Groningen. In her first year she heard a lecture by Professor Eelco Wiebenga about X-ray crystallography and was impressed by the idea that it would be possible to actually see individual atoms lie next to one another. During her studies she met other Dutch crystallographers at the national meetings: Bijvoet from Utrecht, MacGillavry from Amsterdam and de Wolff from Delft as well as other international crystallographers during the first IUCr Congress in 1948. She finished her studies in 1952 and started a PhD in the lab of Professor Wiebenga. For her thesis work she employed Patterson methods to solve the structures of P4S10 and P4S7, compounds that already intrigued her during her organic chemistry practicals. After crystallization of the compound it took her nine months to measure the intensities of about 1000 reflections on film and calculate the necessary three-dimensional Patterson function. The two structures [1] were the basis of Aafje’s thesis, which she defended and earned with praise in 1955.

Aafje stayed at Groningen University. During the first two years she worked at UK crystallographic institutes in Glasgow, Leeds, Oxford and Cambridge. In Oxford she worked closely together with Dorothy Hodgkin, who was close to finishing the structure of Vitamin B12 [2]. While mending socks in the garden of Dorothy’s house, they discussed crystallographic problems.

In 1962 Aafje became professor of general chemistry and in 1967 professor of structural chemistry at the University of Groningen. In this new role she also worked in American institutes in Buffalo, Washington DC, Oak Ridge, Brookhaven and Pittsburgh. In Buffalo she visited Philip Coppens and together they performed neutron diffraction experiments on cyanuric acid crystals at Brookhaven National Laboratory [3]. In Washington DC she worked on direct methods with Isabella Karle at the Naval Research Lab. There she showed in just over one day how an organic compound looked completely different from what the organic chemists expected [4]. Together with the group in Utrecht and the company Enraf-Nonius in Delft, Aafje stood at the cradle of the development of the CAD-4, the Computer Automated Diffractometer with 4 circles. One of the first of these instruments was installed in her lab in 1969. This made it possible for her co-worker Jan de Boer to measure accurate intensities in an automated way [5]. It also led to the foundation of the centre for participation research [6] in Utrecht in the early 1970s where Ton Spek measured crystals and solved X-ray structures for third parties.

Next to her research activities she was active in a number of roles: prior to the 10th IUCr Congress in Amsterdam in 1975, Aafje chaired the programme committee of the conference. From 1977 to 1982 she was secretary of the IUCr Commission on International Tables and with her wit and her charm and organisational skills she played a big role in bringing together the views of many crystallographers from Europe and the rest of the world and realising the 1983 edition of Volume A of International Tables for Crystallography. In 1980 she became a member of the Royal Dutch Academy of Sciences.

In 1982 she suddenly announced that, at the age of 54, she would marry Hans Looijenga, a widower with eight children, and move to the west of the Netherlands. A career change indeed and quite a surprise for me, having just started a PhD in her lab.

She smoothly blended into her new family as a spouse and stepmother and later as a grandmother, but her new role did not stop her being active in science. She kept on visiting the yearly Dutch crystallographic meetings in Lunteren, and from 1987 to 1990 she was secretary of the Free section of the Royal Dutch Academy of Sciences.

Her memoires (in Dutch) entitled ‘Memories of Crystal Chemistry’ are published in a compilation of memories of 24 Dutch researchers in Chemistry (Delft University Press, 1993) and can be accessed here as a pdf file. Aafje concludes that, with the increasing speed of data collection and computing, many new areas are being developed by crystallography. ”… and yet, what a great charm the old handicraft had!”