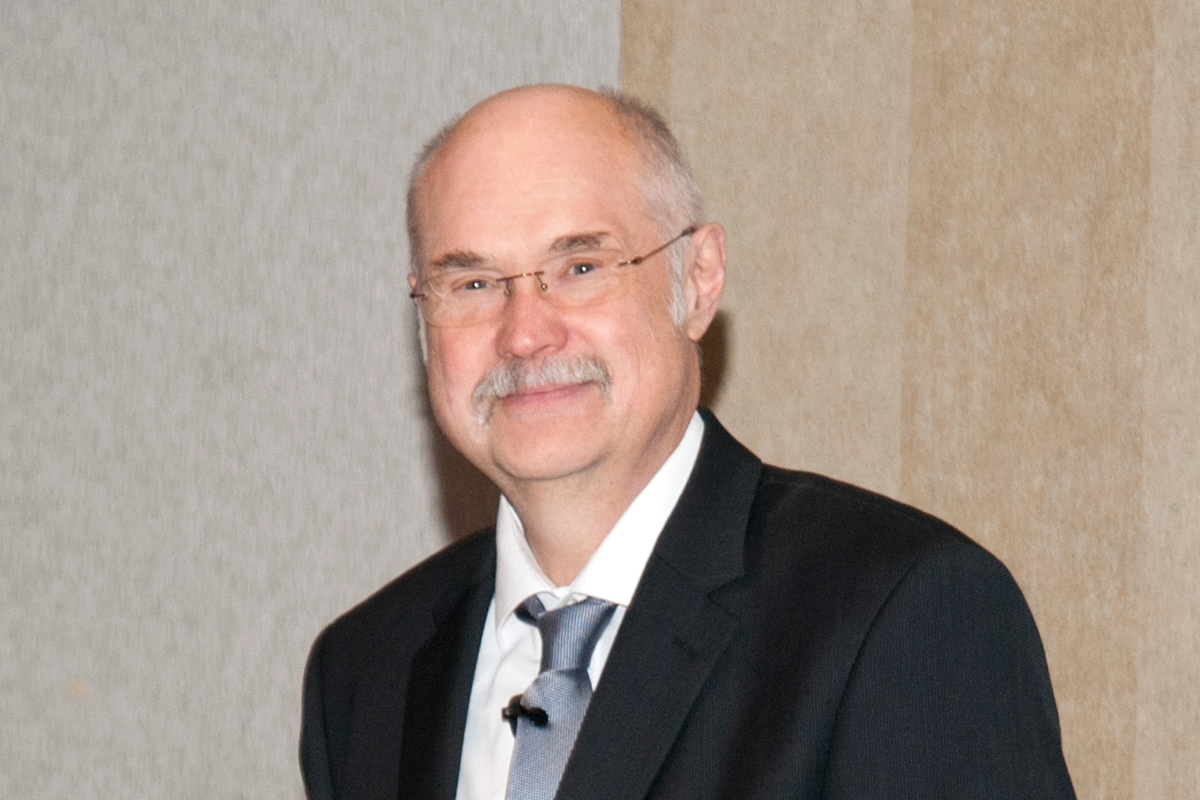 Nominations for the prize are considered jointly by representatives of the Organizing Committee of the triennial International Small Angle Scattering Conference and the IUCr Commission on Small-Angle Scattering, and presented at the Conference. The 2018 SAS Conference was held in Traverse City, MI, USA, where the 2018 Guinier Prize was awarded to Dmitri Svergun (EMBL Hamburg, Germany) for:

(i)    seminal contributions of innovative methods for the interpretation of SAS data generally, and particularly with respect to biomolecular SAS;

(ii)   sustained effort over several decades to establish and support the most comprehensive suite of data analysis tools for biomolecular SAS in the form of the ATSAS program package;

(iii)  leadership in instrument development at EMBL Hamburg, from DORIS to PETRA III; and

(iv)  leadership of and service to the field through community-focused projects and education.

In sum, Dmitri’s contributions reflect lifetime achievement as well as outstanding individual contributions to the field of SAS that are most worthy of recognition by the awarding of SAS’s most prestigious prize.

Dmitri’s scholarly work is documented in more than 500 research publications, including two books, the most recent being a must-have comprehensive reference for both experienced and aspiring small-angle scatterers published as the IUCr text Small Angle X-Ray and Neutron Scattering from Solutions of Biological Macromolecules (with co-authors Michel Koch, Peter Timmins and Roland May). Dmitri has generously asked that part of his Guinier Prize money go to enable the IUCr to purchase 30 copies of this text to be awarded as prizes to young scientists at competitions organized at events featuring SAS, including the triennial IUCr Congresses and SAS Conferences, or similar events with prizes for young scientists.

In his presentation at the award ceremony, Dmitri honoured his influential mentors and teachers and the many collaborators, students and post docs he has worked with, beginning with his time as a graduate student at Moscow State University and the Institute of Crystallography in Moscow where he subsequently was appointed to a research position in 1980 to pursue his interests in biomolecular SAS. He continued in this theme through his time when he came to Germany in various visiting and guest capacities at GKSS Geesthacht and then at the EMBL unit in Hamburg where he eventually moved full time, becoming a group leader and then a senior scientist. It was at the EMBL that Dmitri was able to fully realize his vision for biomolecular SAS, in the process building an outstanding team of theoretical, computational and experimental researchers, many of whom have continued in the field with distinction, many of whom were heard from at SAS2018.

Dmitri’s seminal contributions are broad and impactful. There was the inclusion of perceptual criteria combined with the automated optimization of the regularization parameter to obtain stable P(r) solutions from indirect Fourier transformation of SAS data. This was quickly followed by the publication of a method to rapidly calculate small-angle X-ray scattering profiles from atomic coordinates, which was a major breakthrough in that it provided the missing link between high-resolution structures and low-resolution solution data - and remained without any competitor for ~15 years before new approaches were developed. A series of further developments gave us a general method for restoring the shape of a scattering object from the solution SAS profile, the means to evaluate the uniqueness of the shape determination and a measure of similarity of models, rigid-body modelling for when atomic coordinates for domain and/or subunit structures are available, options for including flexible linkers, and finally modelling intrinsically flexible proteins in terms of conformational ensembles.

These innovations and advances form the core of the ATSAS program package for SAS data manipulation, analysis and modelling that is under continuous development and enhancement and is used extensively in the biomolecular SAS community. Its popularity is no doubt not only due to its versatility but also to the fact that it is well documented, freely available for download for academic users, accessible via an online service, and that users are supported via the online SaxieR forum or as needed via collaborative engagement.

Data analysis tools are of little value without high quality data, and so in addition to this work, Dmitri ensured the continued tradition of innovation at the SAS facilities in Hamburg, first at DORIS and now Petra III, with automation of sample handling, inline sample purification and characterization, and on-the-fly analyses.

Dmitri’s impact extends well beyond the boundaries of SAS. Recognizing the value of combining complementary data to advance our molecular understanding of biology, Dmitri’s educational outreach soon moved beyond his popular Hamburg-based practical SAS courses to organizing global lecture series for structural biology that combined SAS with complementary biophysical methods. He took them to China, Korea, Brazil, India, Taiwan and Singapore (so far), spreading the power of SAS with good practices to other scientific communities and helping to grow the number of SAS users all over the world. His ongoing collaborative work with the worldwide Protein Data Bank on initiatives to support hybrid methods for solving complex structures provide a crucial foundation for SAS to contribute to this important emerging frontier.

Dmitri is a Co-editor of J. Appl. Cryst.