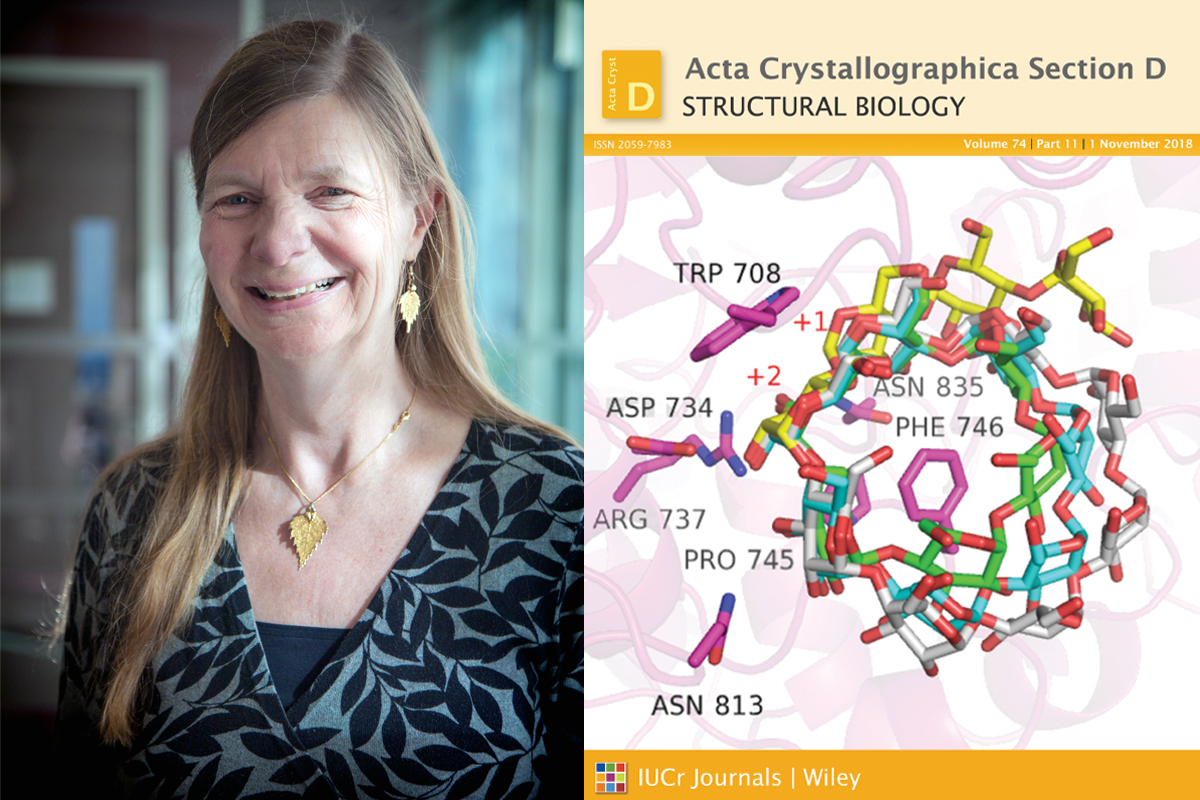 Elspeth is well known to many crystallographers and structural biologists, but for anyone who doesn't know who she is here is a brief summary.

Although she began her career as a physicist, Elspeth switched to the biological sciences in 1987 and is now Professor of Molecular Biophysics at the University of Oxford, UK. She is also Nicholas Kurti Senior Research Fellow in Macromolecular Crystallography, Brasenose College and was recently Director of the Systems Biology Programme at the Doctoral Training Centre, University of Oxford for five years, reflecting her interest in teaching as well as research. She is also a former President of the British Crystallographic Association and has won numerous awards.

Elspeth is one of the pioneers of research into radiation damage and cryoprotection of macromolecular crystals, and her work has had a major impact on structural biology. In 2008 she began her IUCr Journals career and was appointed as the Cryocrystallography Co-editor for the Journal of Applied Crystallography. For a number of years she has run workshops on radiation damage and guest edited the proceedings for the Journal of Synchrotron Radiation.

This is not the only area of crystallography where Elspeth has had an impact; she developed the proton-induced X-ray emission (PIXE) technique, which allows precise identification of trace metal elements within a protein structure, and has determined the structure of many proteins involved in infectious diseases. Her importance to structural biology was recognised in her appointment as a Co-editor for Acta Cryst. D (also in 2008), and she will continue to oversee the review of articles now that she is Section Editor.

It is in her role as a teacher and lecturer, however, that many of you may have come across Elspeth. She is a popular speaker and has an infectious enthusiasm for crystallography. She is involved in outreach programmes to increase public awareness and has appeared on many TV and radio programmes.

It is thus very exciting to welcome Elspeth to our editorial team and, to quote our other Section Editor Randy Read, we are 'absolutely delighted to be working with her!'.