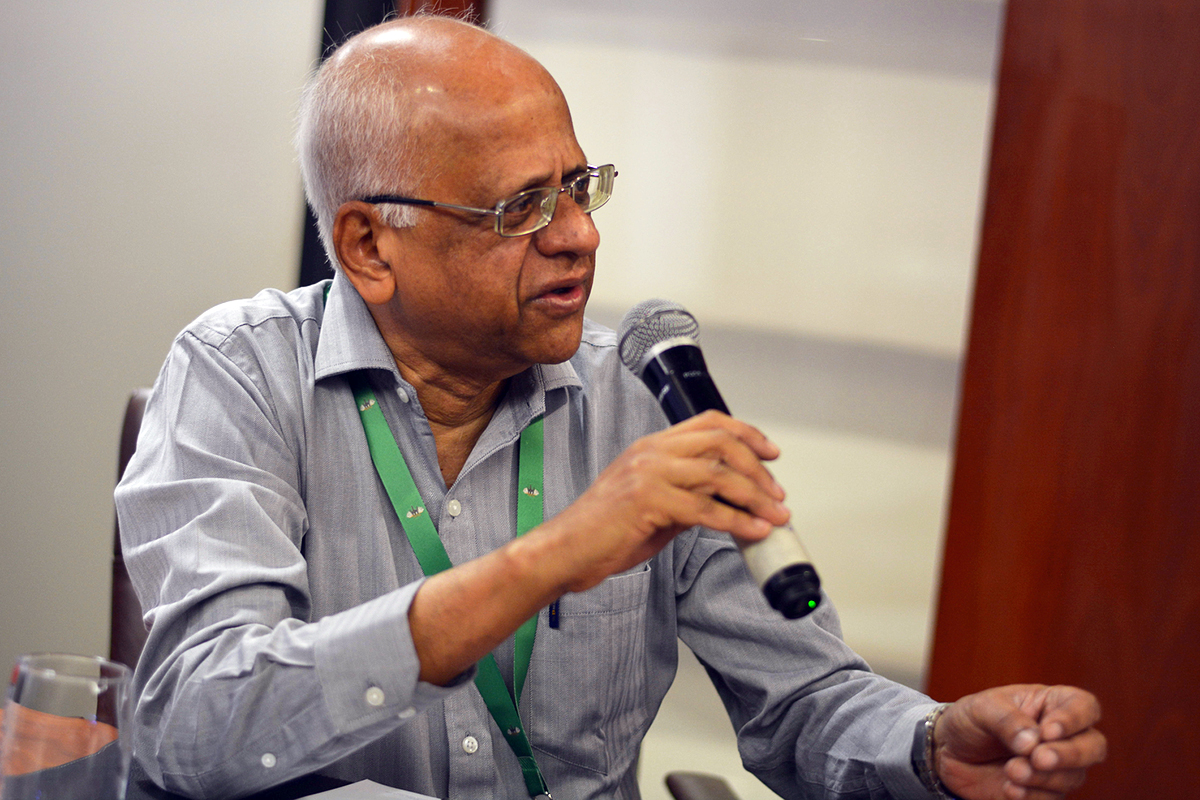 The Academic Board of the Institute of Advanced Studies (ISA) of the University of Bologna, Italy, has awarded the ISA Medal for Science 2018 to Gautam R. Desiraju (IIS, Bangalore, India). The ISA Medal for Science is the highest honour awarded by the Institute to scholars who are acknowledged worldwide for their scientific stature and the broad impact of their research.

The award ceremony took place on 12 October 2018 in the VIII centenario lecture hall. After receiving the ISA Medal from the Magnifico Rettore, Professor Desiraju delivered the Lectio Magistralis "Science and society. What do they owe each other?". A full report will appear in a future issue of the IUCr Newsletter.

Professor Desiraju served on the IUCr Executive Committee as President from 2011 to 2014 and as Immediate Past President until 2017, and was Chair of the 2017 IUCr Congress in Hyderabad, India. As a structural chemist, he has played a fundamental role in the development and growth of crystal engineering, bringing his expertise to IUCr Journals Acta Cryst. B and currently as Main Editor of IUCrJ.
2 December 2018