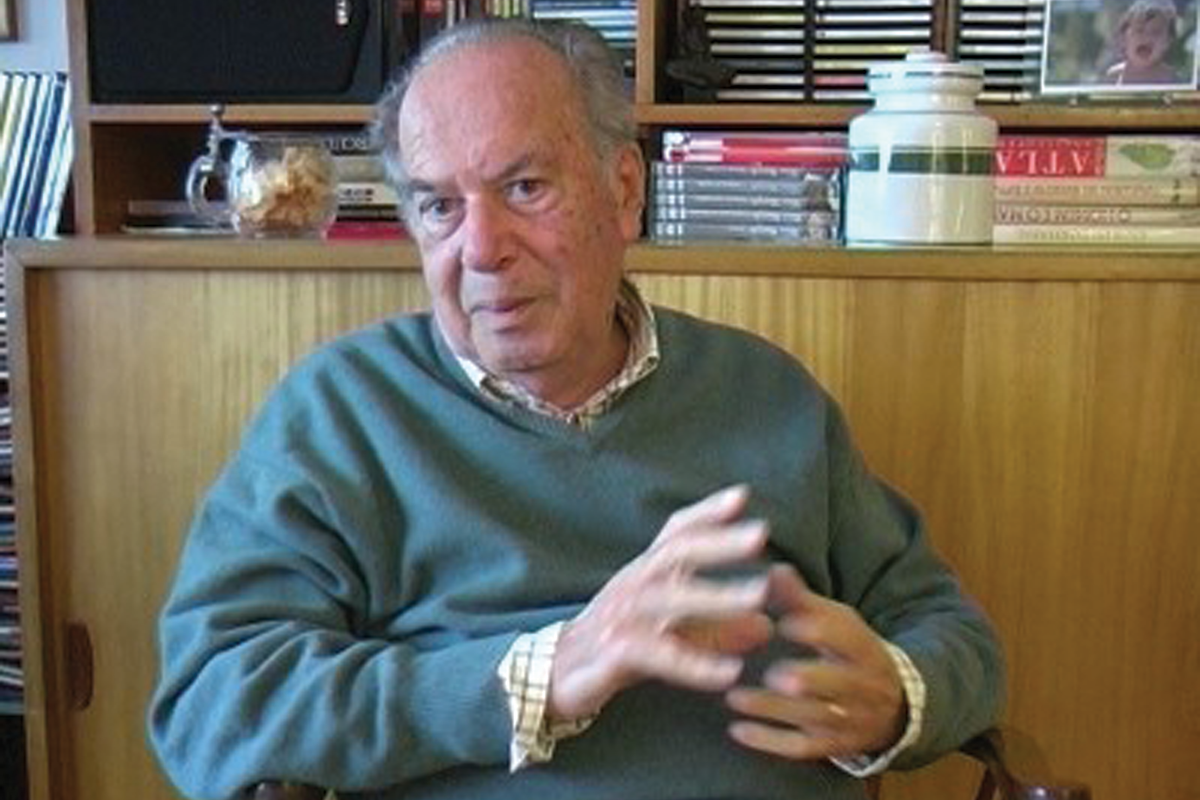 On 27 May 2018, the eminent Portuguese crystallographer José Lima-de-Faria passed away in Lisbon, where he was born on 17 June 1925. José was the youngest of four children; his father was a notary and his mother belonged to a family of republican tradition, being herself an activist engaged in a women’s republican association.

Initially oriented towards engineering, during the last year of high school he was strongly encouraged by his philosophy teacher to follow the path of scientific research, which better matched his interests. From early on, besides science, he developed profound interests towards diverse subjects of art, philosophy, history and literature, which made him a collector of books, objects (naturalist collection) and ideas. He was known for his sense of humour and storytelling and as a big fan of Charlie Chaplin.

After obtaining a degree in physical and chemical sciences (Faculty of Sciences, University of Lisbon, 1950), José moved to Paris, France, where he worked for about two years in a stimulating scientific environment under the supervision of Louis De Broglie. In the period 1959-1962, he entered as a research student the Department of Crystallography at Cambridge University, UK, where, under the supervision of Peter Gay, he obtained a PhD in crystallography and mineralogy.

José started his professional research career in Lisbon as a member of the Scientific Group of Geology attached to the Faculty of Sciences, and became a researcher of the Junta de Investigações do Ultramar (1956). He was further responsible for the establishment of the Laboratory of Physical-Chemical Techniques Applied to Mineralogy and Petrology and of the Laboratory of Petrological and Paleontological Studies of the Board for Overseas Research (1956-1959). In 1995 he formally retired, but kept his functions as director of the Centre for Mineralogy and Crystallography and of the Department of Earth Sciences of the Tropical Research Institute (former Junta de Investigações do Ultramar) till 2003.

He began his research activity studying low-crystalline metamict minerals by X-ray powder diffraction - not an easy task - obtaining results published in the book Identification of Metamict Minerals by X-ray Powder Photographs (Junta de Investigações do Ultramar, Lisbon 1964), which became an important reference work in that field. This research acted as a training to develop new ideas on the crystal chemistry and the structural classification of minerals, a field where José emerged as an original leader. On these subjects he published, partly in collaboration with Maria Ondina Figueiredo, a series of articles in international journals and the following innovative and successful books: Structural Mineralogy. An Introduction (Springer Netherlands, Dordrecht 1994) and Structural Classification of Minerals (three volumes; Springer Netherlands, Dordrecht 2001, 2002, 2003).

At the same time, José developed a strong interest in the history of crystallography and edited the well known Historical Atlas of Crystallography (Springer Netherlands, Dordrecht 1990). In fact, he was firmly convinced that the teaching of science improves with the simultaneous teaching of its history because scientific discoveries are often the result of the accumulation of several advances in relation to a certain problem that, at one point, takes a more definitive form.

José is survived by his wife, Maria Natália, and their children, Margarida and Manuel.