Brief history and activities of the Bulgarian Crystallographic Society 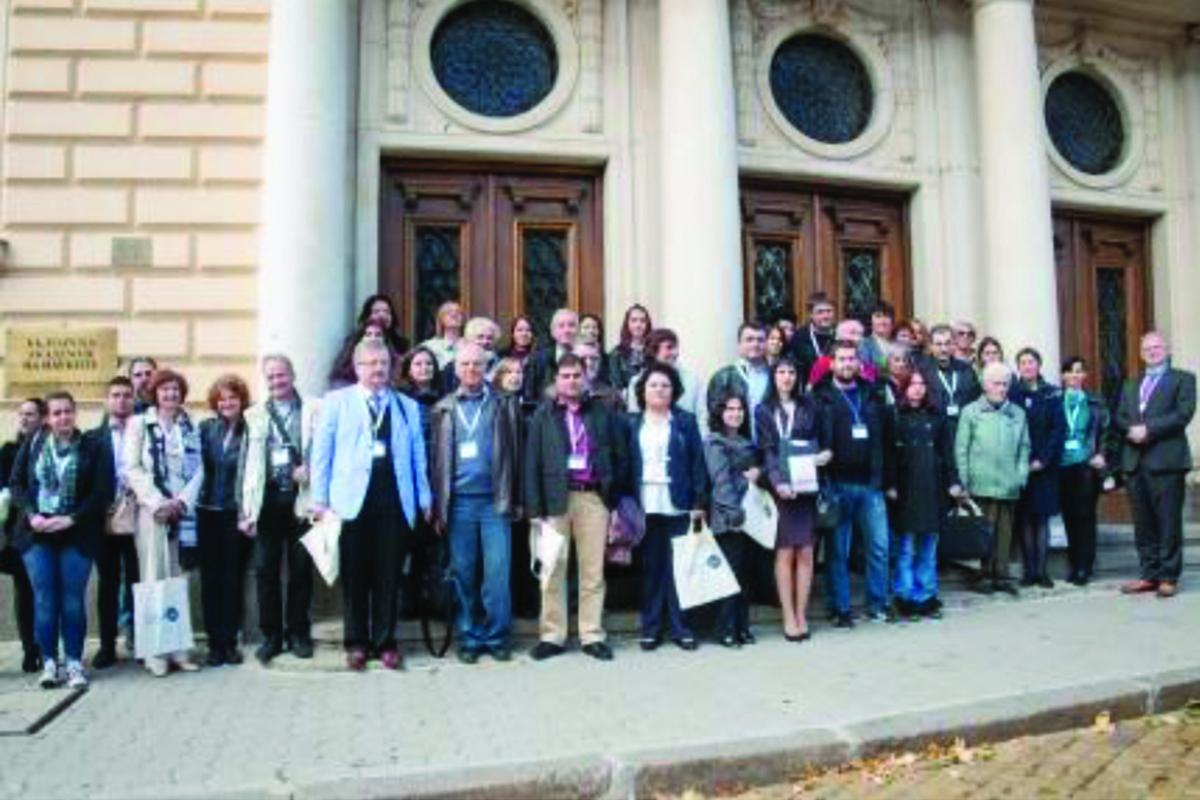 The Bulgarian Crystallographic Society (BCS; http://www.bgcryst.com/) was officially registered in Bulgaria in April 2010, and in 2011 applied for membership of the IUCr at its XXII General Assembly and Congress in Madrid, Spain. BCS was officially approved as an individual member (Category I) on 25 August 2011 (https://www.iucr.org/world/bg). BCS is also a member of the European Crystallographic Association (ECA).

During recent years, the National Crystallographic Symposium has won recognition as a leading scientific event, not only for the Bulgarian crystallographic community but also for participants from different European countries. These Symposia are the principal scientific activity of the BCS and reflect the current state of research in the fields of crystallography, crystal chemistry, crystal physics, mineralogy and materials science, and are thus characterized by an interdisciplinary spirit.

The BCS also organises specialized international and national workshops (supported by the IUCr and ECA) to promote crystallography among young scientists.

The VIth National Crystallographic Symposium (NCS2016), held in the Grand Hall of the Bulgarian Academy of Sciences (BAS), Sofia, 5-7 October 2016, was the latest project of an initiative started at the beginning of 2009 by a group of Bulgarian crystallographers/enthusiasts, and is nowadays conducted under the auspices of the BCS. Following the path established during previous Symposia, the organisers - in conjunction with the BCS - have dedicated a special honorary sign to Kostadin Petrov from the Institute of General and Inorganic Chemistry (IGIC)-BAS. Professor Petrov was the first amongst the enthusiasts to start not only thinking about but also take action in establishing an independent crystallographic society in Bulgaria.

The audience included more than 130 scientists (110 registered) from 7 Bulgarian universities, 16 institutes of the BAS and scientists from universities and institutes in Poland, Switzerland, Germany, France, Sweden, Italy, Slovakia, Spain, Estonia, Turkey, the Republic of Macedonia, Czech Republic, Canada, USA and India. A total of 22 oral and 65 poster presentations involved more than 250 authors. It is worth noting that over 50% of the participants were students, PhD students and young scientists, who actively participated in the poster sessions. The organisers of the National Crystallographic Symposia try to encourage and support the scientific progress of young researchers, and for the second time, the organisers were supported by the Ministry of Science and Education and the Bulgarian National Science Fund through a grant (DPMNF 01/13-27.09.2016) especially targeting the young scientists. Members of the international jury had the difficult task of selecting the best young scientist poster presentation, which was awarded to Mariya Kalapsazova (IGIC-BAS) for presenting 'Diffraction methods for analysis of layered NaxNi0.5Mn0.5O2 as cathode materials'. The Symposium attracted the attention of several different Bulgarian official institutions: the Deputy Chairman of the Bulgarian Parliament, Ivan Ivanov; members of the Parliament's Commissions for 'Education and Science', 'Children, Youths and Sports' and 'Environment and Water'; Parliament's Deputy Chairpersons, Borislav Velikov and Vili Lilkov; the Minister of Education and Science, Meglena Kuneva; the Rector of the University Chemical Technology and Metallurgy, Mitko Georgiev; and the President of BAS, represented by the Vice President Corresponding Member, Nikolay Miloshev.

This national workshop was conducted in the University Chemical Technology and Metallurgy in Sofia from 19 to 23 June 2017. It was organized by BCS with the active support of IGIC-BAS, the Institute of Mineralogy and Crystallography (IMC)-BAS, the Geological Institute-BAS, the Faculty of Geology and Geography of Sofia University 'St Kliment Ohridski', and the University of Chemical Technology and Metallurgy (Sofia). Predominantly young researchers comprised the 37 registered participants from Sofia, Plovdiv, Varna and other Bulgarian towns. Most of the participants were from the academic community (BAS, universities and museums) with a wide range of competence, from students up to associated professors and full professors. Interest was also shown by business and trade companies, namely Kaolin EAD (Senovo), Evrotest-Control (Sofia), Travel Management (Sofia) and Sensata Technologies Bulgaria Ltd (Sofia).

A cycle of lectures gave the participants basic knowledge of the crystallographic description of solid substances, the features of the X-ray beam and the principles of its use for analyses of powder materials. The exercises during the workshop were directed not only to the young researchers but also to specialists from companies with activities in the field of material science. Items discussed included how to use X-ray diffraction for the identification of crystalline phases and mixture of phases and how to obtain the maximum information from them: indexation of powder patterns, symmetry and unit-cell parameters, quantitative relations between phases, crystallite size and morphology determinations. 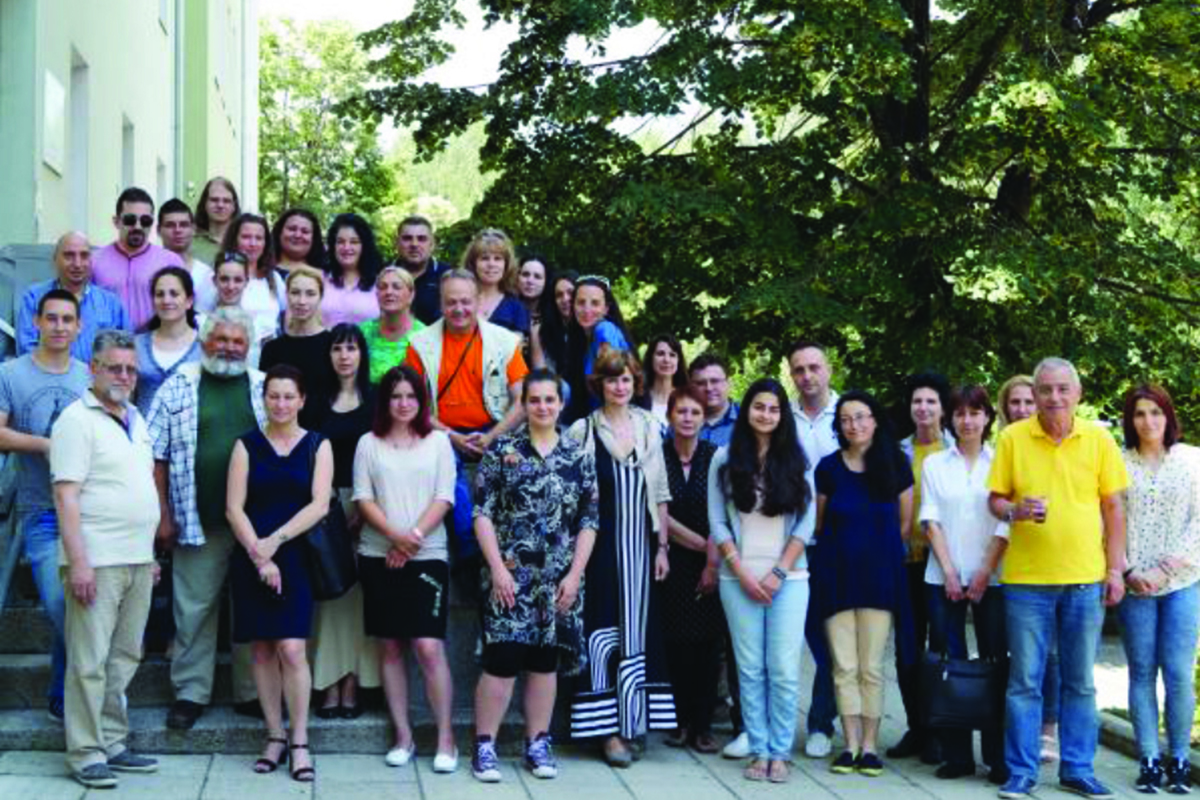 The lecturers shared their practical expertise in avoiding pitfalls when using powder XRD, i.e. factors that result in mistakes and discrepancies such as those associated with sample preparation; texture and preferred orientation of the crystallites; apparatus effects; position, thickness and roughness of the sample; and asymmetry.

All participants expressed an interest in participating in future workshops on powder XRD devoted to detailed and complex approaches that give valuable information for a wide range of materials. This workshop appeared to be a good model for collaboration between the Institutes of the BAS, Bulgarian universities and commercial companies.

This School took place in the BAS Hotel, situated at the BAS Campus I in Sofia, from 8 to 13 October 2017. The main purpose of the School was to introduce the theoretical background of fundamental and electron crystallography to the participants and trainees, and to provide the young crystallographers with the opportunity to present their research results and exchange new ideas.

The School started with a half-day course, 'Introduction to Matrix Algebra', provided by Mois Aroyo (University of Basque Country, Bilbao, Spain). The topics of the School programme were divided into two parts. The first included 14 lectures dedicated to fundamentals of crystallography, presented by Massimo Nespolo (University of Lorraine, Nancy, France) and Mois Aroyo, both consultants and former chairs of the IUCr Commission on Mathematical and Theoretical Crystallography. The second part was composed of 17 lectures that illustrated the principles of electron crystallography, presented mainly by Joke Hadermann (University of Antwerp, Belgium). The main subjects were indexing of an electron diffraction (ED) pattern; calculation/simulation of a selected area (SA) ED pattern for a given compound (from cell parameters and zone axis); reconstruction of the unit cell from an SAED along different zone axes; connection of the symmetry in real space to that of the ED pattern; converged-beam ED; superlattices (subcells) and sublattices (supercells); and the determination of point groups and space groups from ED patterns. 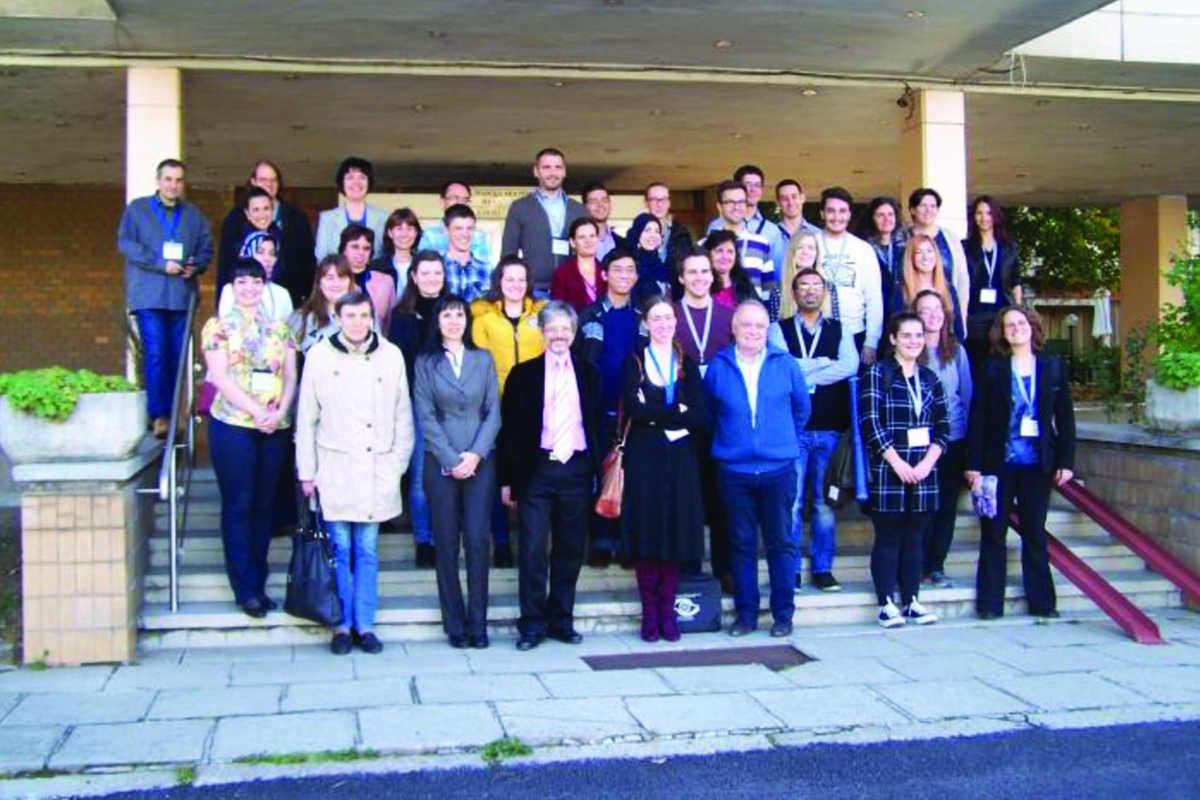 The 48 people who attended the school came from 11 countries and included 33 participants, the 3 invited speakers and the 12 members of the local organizing committee. Among the 33 participants (19 from Bulgaria), 23 were young scientists (PhDs, postdocs and junior researchers). Nine of them had been fully or partially supported by travel and subsistence grants.

In the period 5-8 November 2017, a group from the Geological Survey of the Republic of Kosovo and the University of Mitrovica 'Isa Boletini' in Kosovska, Mitrovica, visited IGIC-BAS and IMC-BAS. The Kosovan guests participated in this short course workshop, which was organized by the BCS and the two Bulgarian institutes. 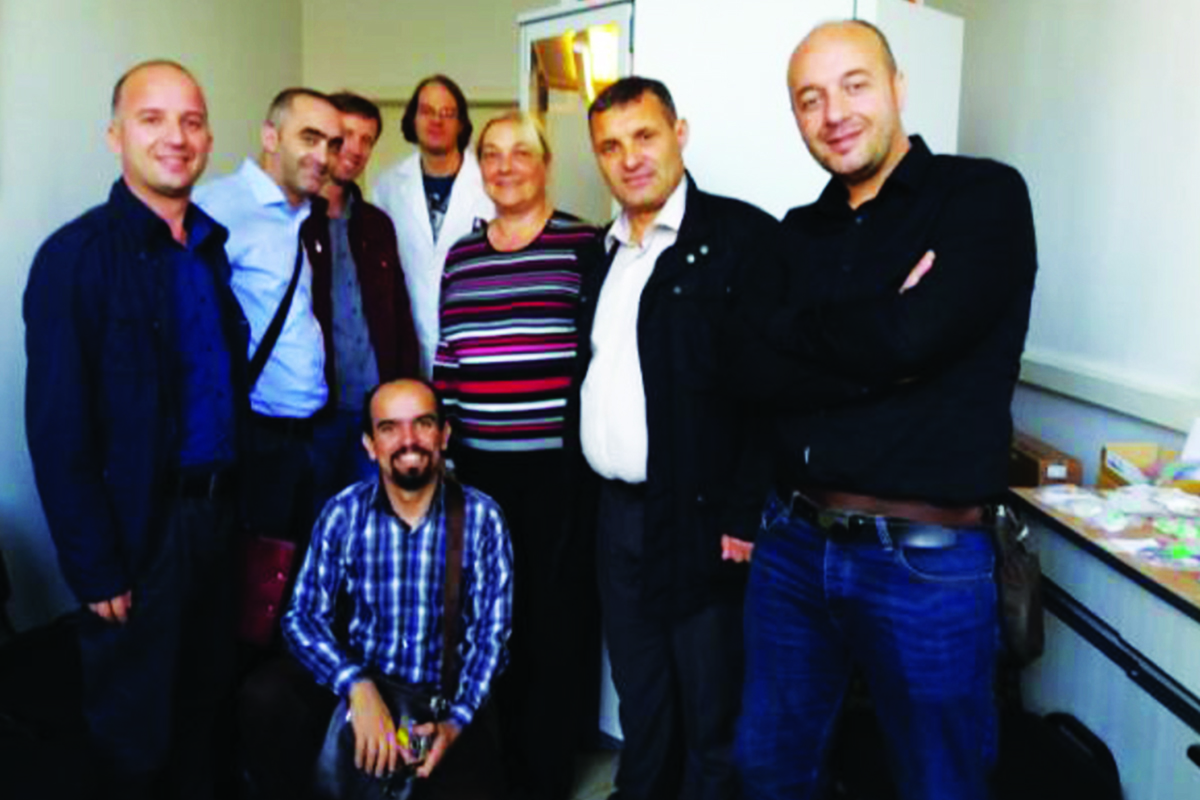 The guests from the Republic of Kosovo in the XRD lab of the IGIC-BAS.

The lectures presented basic knowledge of the crystallographic description of solid substances, the features of X-ray radiation and its use in the analysis of powder materials. The exercises were devoted to qualitative and quantitative phase analyses of geological and mineralogical samples. The colleagues from Kosovo showed interest in collaborating with the BAS institutes to obtain help and support in working with different apparatus for the investigation of materials, education in the framework of the PhD programmes in BAS, as well as participation in future scientific events in Bulgaria.

This short course workshop is a good example of collaboration between the countries in the Balkan region in action.