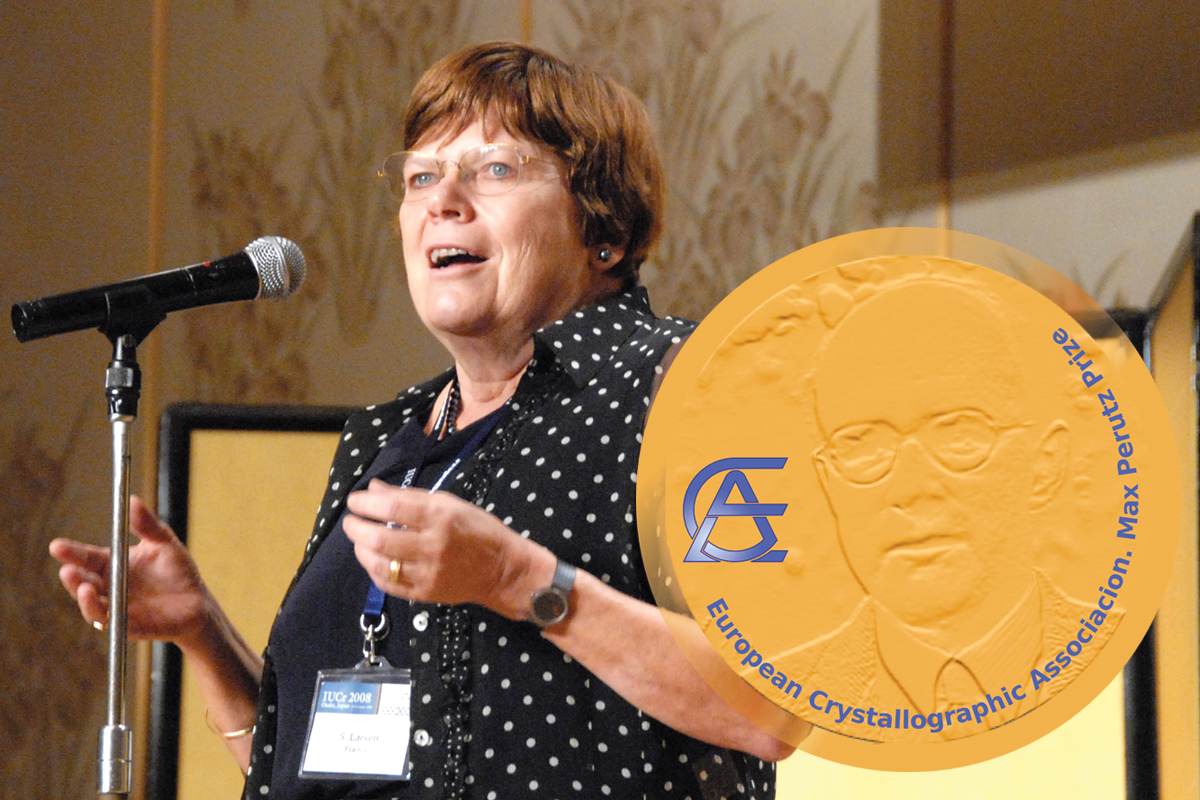 The Tenth Max Perutz Prize of the European Crystallographic Association (ECA) has been awarded to Sine Larsen (University of Copenhagen, Denmark) in recognition of her multifaceted contributions to crystallography, including crystal structure analyses of organic molecules and proteins, charge-density studies and the development of synchrotron radiation facilities. Professor Larsen told the IUCr Newsletter that she was extremely happy and grateful to become a recipient of this Prize, adding "As my research has been in many areas of crystallography, I see it also as a recognition of crystallography as a multifaceted science."

Professor Larsen has served crystallographic science and related disciplines in important leadership roles, not least as IUCr General Secretary and Treasurer from 1993 to 2005, IUCr President from 2008 to 2011 and IUCr Immediate Past President until 2014. She was also one of the founding Main Editors of IUCrJ.

Professor Larsen will receive the Prize at the Opening Ceremony of the 31st European Crystallographic Meeting in Oviedo, Spain, on 22 August 2018, where she will present her Award Lecture.