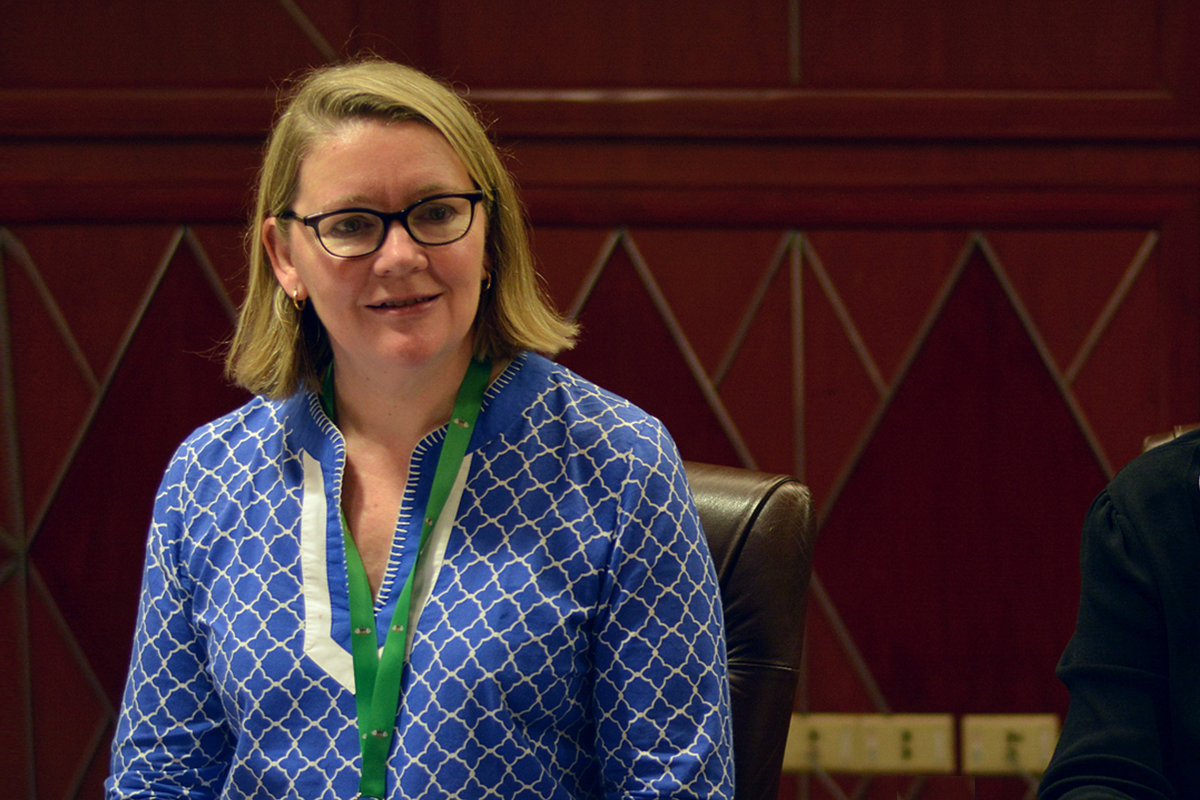 Jenny Martin, pictured at an IUCr Executive Committee meeting at the Hyderabad Congress in 2017.

Jenny Martin, Director of the Griffith Institute for Drug Discovery at Griffith University in Brisbane, Australia, President of the Asian Crystallographic Association, and member of the IUCr Executive Committee, has been made a Companion of the Order of Australia (AC) in the Australia Day Honours List.

Professor Martin is a renowned protein crystallographer and structural biologist, as well as a former Editor of Acta Crystallographica Section D. Professor Martin has focused on the structure determination of disease-causing proteins to aid the design of new drugs that can combat them. Her work in this field has also been recently recognised by her election to the Australian Academy of Science, her election as an Eminent Fellow of the Royal Australian Chemical Institute and her elevation to Bragg Member of the Royal Institution of Australia. She is a relentless champion for gender equality, as reflected in her being awarded the Wunderly Oration Medal from the Thoracic Society of Australia and New Zealand.

Professor Martin AC was overwhelmed by the award and the public response (including trending on Twitter in Australia), saying 'I was thrilled, humbled and shocked in equal measure. The award of an AC is a rare privilege and I am enormously grateful to whoever nominated me. It's wonderful recognition of my work, my leadership in crystallography and drug discovery, and the values that I hold dear - excellence, respect, integrity, collegiality and authenticity.'