2017 Annual Meeting of the Crystallographic Society of Japan 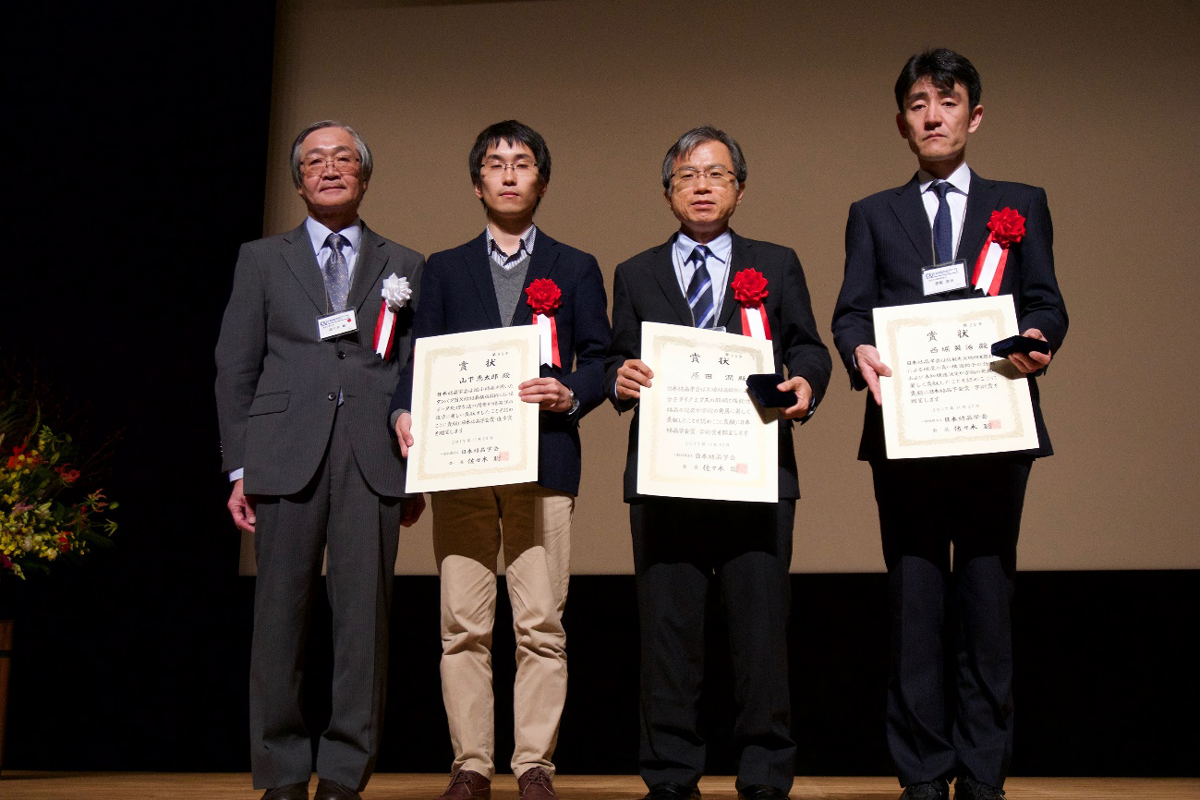 Recipients of the CrSJ17 Awards with the President of CrSJ. l-r: Sasaki (President), Yamashita, Harada and Nishibori.

The 2017 annual meeting and the general assembly of CrSJ (CrSJ2017) was held from 23 to 24 November at the JMS Aster Plaza in Hiroshima, Japan; about 300 crystallographers participated. The meeting featured 47 oral and 116 poster presentations covering all aspects of crystallography, three award lectures, three microsymposia, a special lecture promoting gender equality, two luncheon seminars and an industrial exhibition involving 13 companies/organizations. The microsymposia were titled 'Innovation in materials science invoked by crystallography beyond the Bragg peaks', 'Fascinating crystalline organic, coordination and inorganic compounds displaying various structures and functions' and 'Innovations in nucleic acid structural biology using synchrotron X-rays'; a total of 13 invited talks were given.

At the CrSJ Awards Ceremony, the Research Award was given to Eiji Nishibori (Tsukuba University) for his research 'Synchrotron X-ray powder diffraction studies of accurate structure-factor measurements and ab initio structure determination' and Jun Harada (Hokkaido University) for his research 'Dynamics of molecules in crystals: X-ray crystallographic analysis and development of functional materials'. The Young Crystallographer Award went to K. Yamashita (RIKEN) for his research 'Development of an X-ray data processing system for protein micro-crystals'. 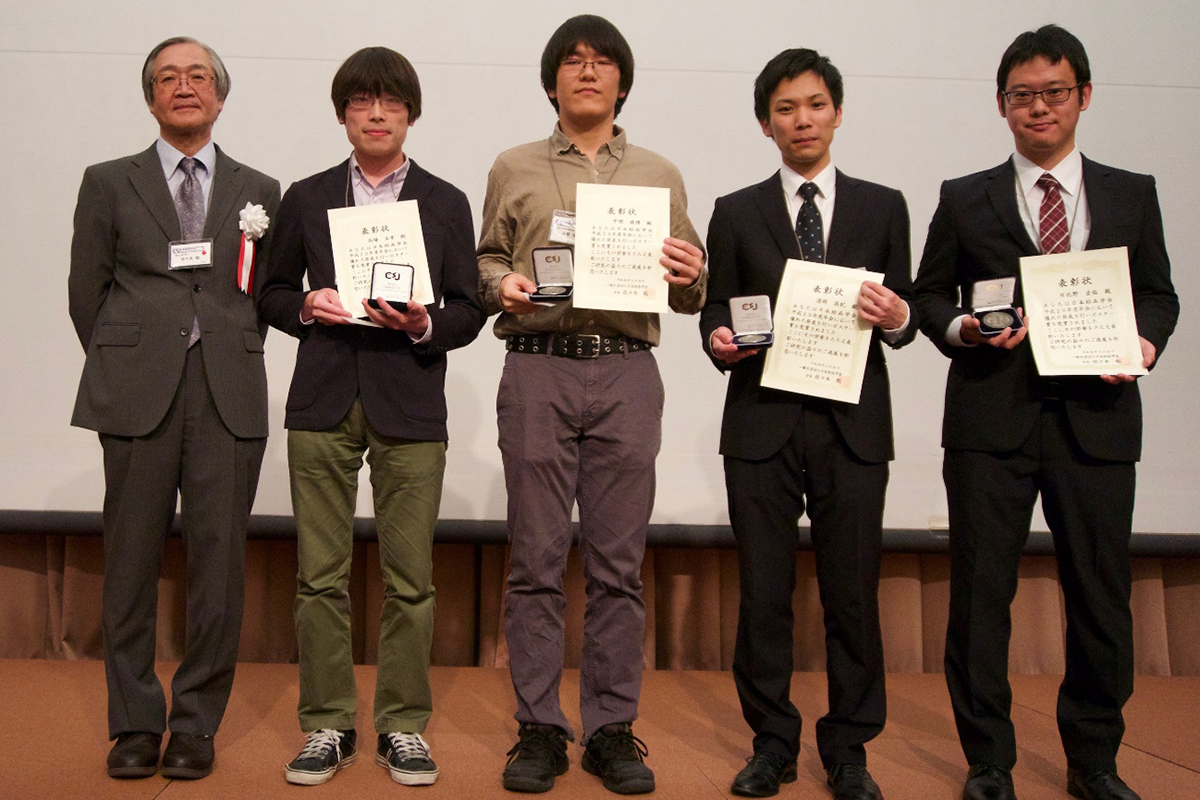 The Poster Awardees and the President of CrSJ. l-r: Sasaki (President), Takaba, Nakane, Kiyooka and Hibino.

The Young Crystallographers' Meeting 2017, a satellite meeting of CrSJ2017, was held on 22 November at the Hiroshima Synchrotron Radiation Center (HiSOR), Hiroshima University; 30 researchers/students participated. This meeting is held every year to give young researchers and graduate students the opportunity to communicate and network with each other, especially beyond the barriers between physics, chemistry and biology, in an informal environment. On this occasion, lectures were given by K. Matsuo (Hiroshima University), S. Shimono (Osaka Prefecture University) and T. Jindo (Yokohama National University), which were followed by a tour of HiSOR as a special event of the meeting, and a banquet.