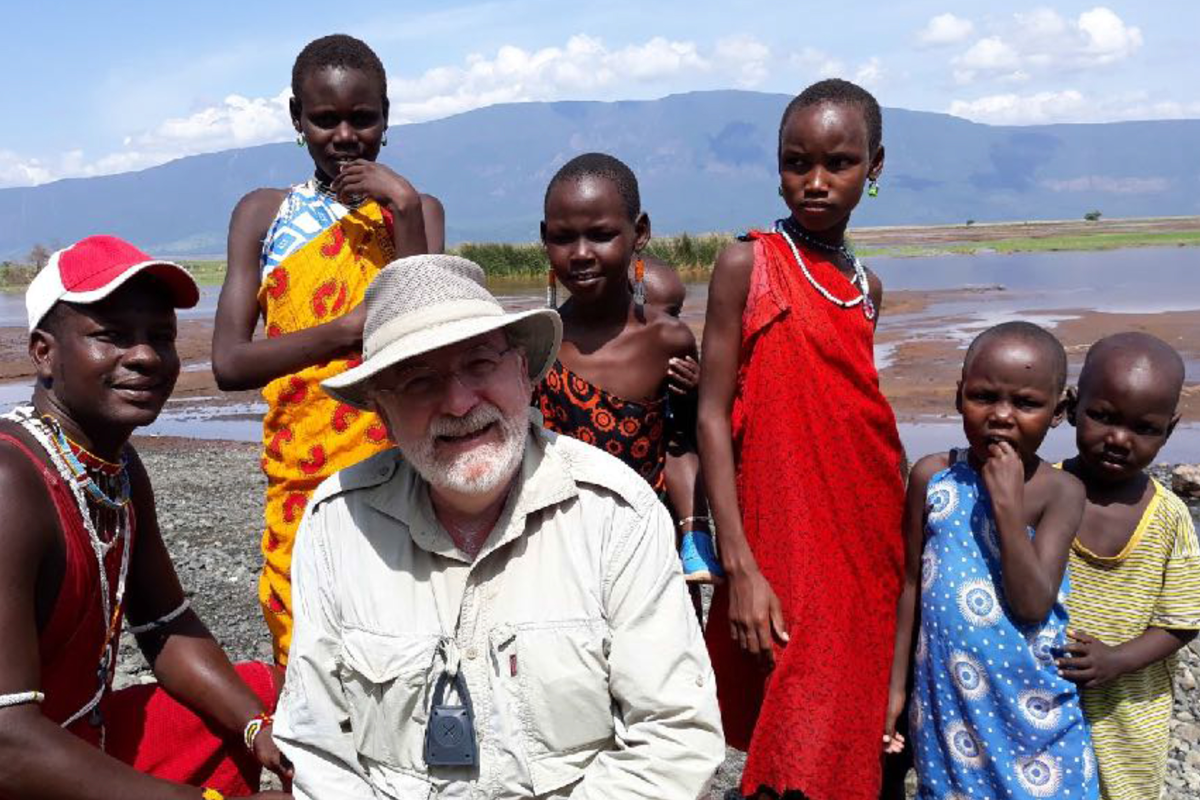 The European Research Council project Prometheus aims to explore the role of mineral self-assembly in the early Earth and its plausible role in primitive life detection and the origin of life. Within the project, we have to travel to remote places in search of silica-rich alkaline waters and other extreme geochemical environments. We like to explain to the people of the regions we visit what we are looking for and why. When possible, we also like to deliver popular lectures for high-school students and teachers on fundamental aspects of crystallization and its application to everyday life.

One of the places we are investigating is the Eastern branch of the East African Rift Valley, the so-called Soda Lakes. In March 2016, we delivered a four-hour course for teachers, students and authorities in Limuru, north of Nairobi. I also delivered a lecture in the Louis Leakey auditorium at the National Museum of Kenya.

In March 2018, I gave lectures in two very different Kenyan secondary schools. The first was a private school called Nova Academy near Nairobi, the second a public school in a remote site called Magadi, in the land of the Masai people. 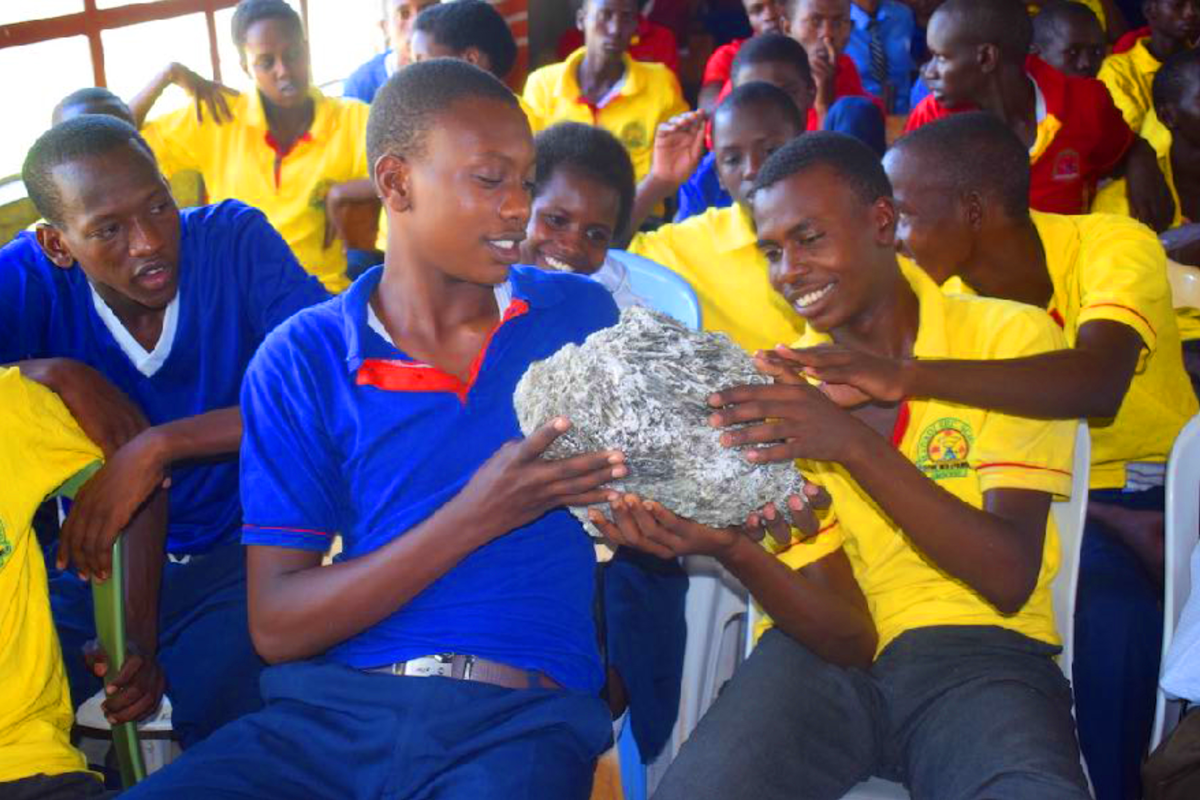 This sample of huge crystals of trona was highly appreciated by the students.

My experience with the Kenyan school system is that primary and secondary education is a priority issue for this country. For all schools in the country, from those in Nairobi or Mombasa to those in the remote parts of the African savannah, electricity is compulsory, and in many of them, students have access to tablet computers. Another feature that is obvious is that the quality of teachers of primary and secondary education is very high and most of them show an enviable degree of professional commitment.

Another characteristic of Kenyan schools is the high degree of interest shown by the majority of students. In both private and public schools, students show an enormous disposition to learning and a clear determination. It is striking that beyond the high-quality average, there are a significant number of brilliant students in Kenya. This country thus ensures a pool of leaders for the future. At the Nova Academy, students were the absolute protagonists. They prepared themselves a lovely introduction to the talk with information they collected from the web. Impressive! 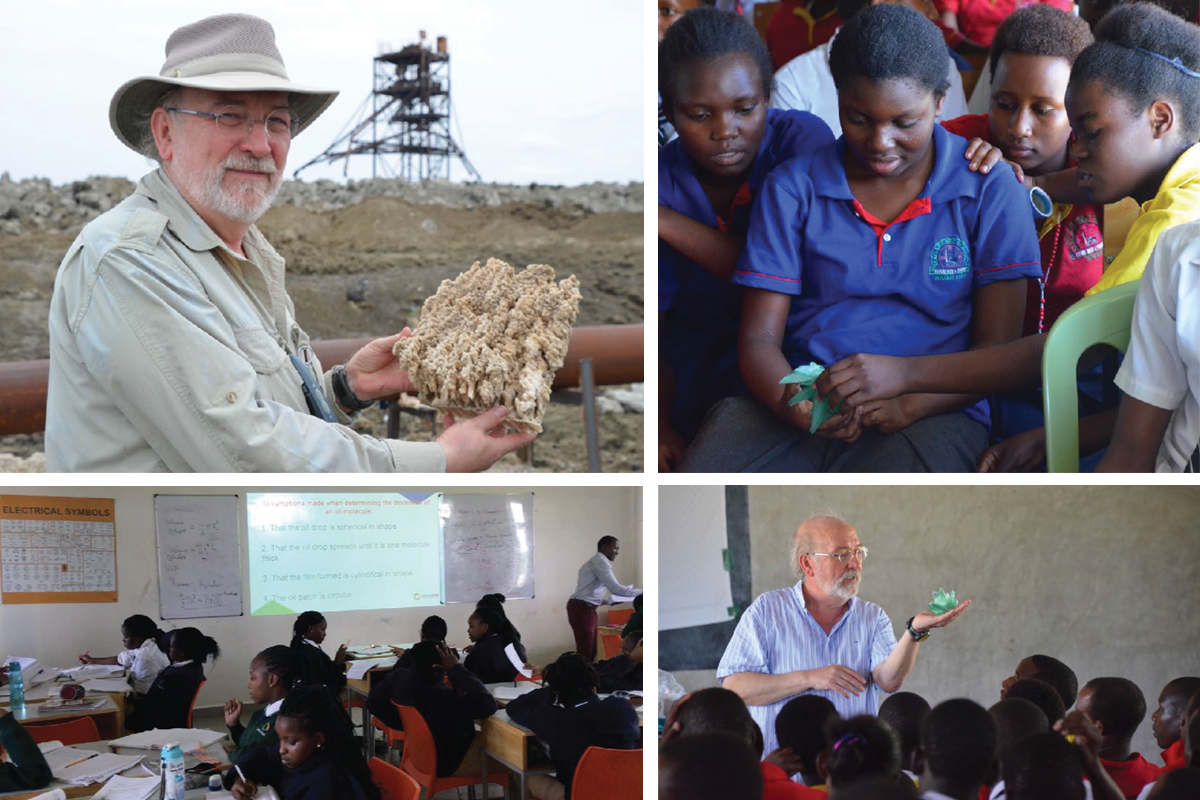 Tata Chemicals Magadi, previously Magadi Soda Company, has been mining trona, Na2CO3.NaHCO3.2H2O, from Lake Magadi since 1911. We are collaborating with the company to develop a 'crystallization kit' to trigger the teaching of crystallization in the schools of Kenya and throughout Africa. The University of Nairobi and Patricia Gitari from D-Orbital Limited are involved in this project.

I would like to thank the CSIC Outreach Department and the IUCr for providing materials for the students and teachers.

Juan Manuel García-Ruiz is currently with CSIC and University of Granada, Spain.

This is a condensed report. See the full version here.
3 August 2018