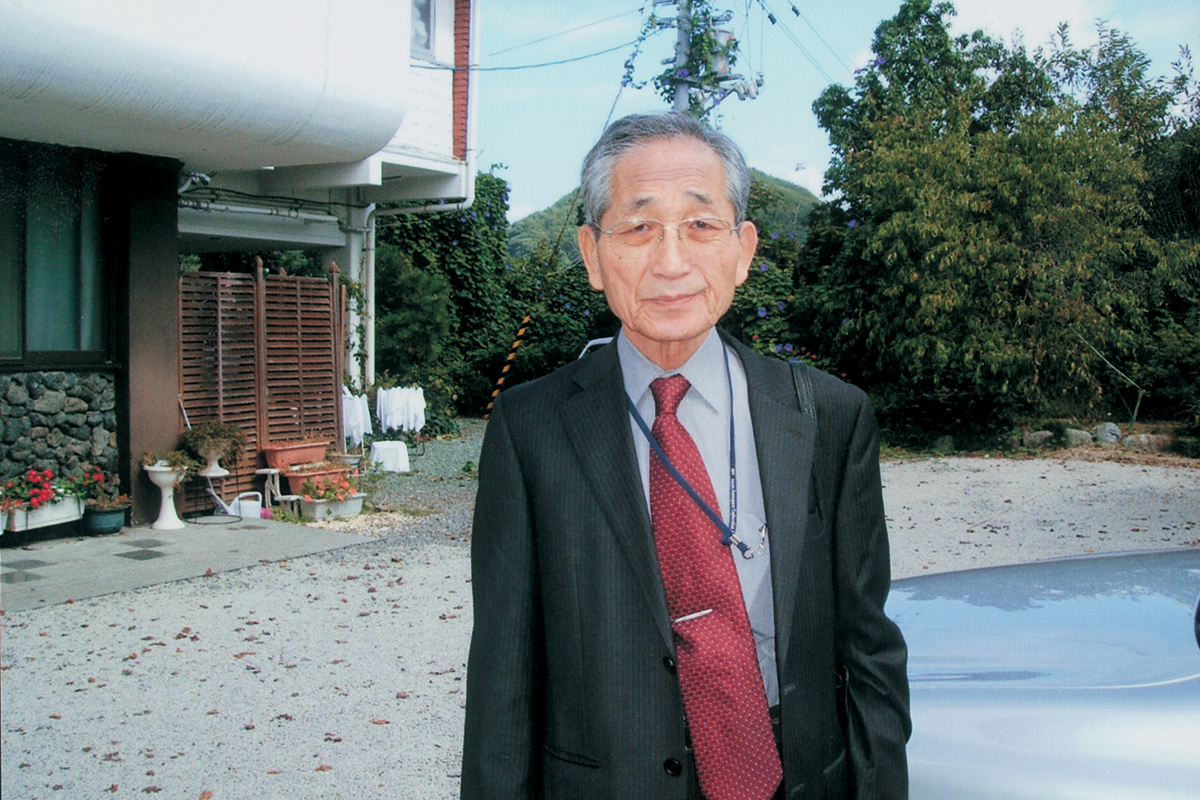 Yukiteru Katsube. Photo courtesy of the Journal of the Crystallographic Society of Japan.

Yukiteru Katsube, Professor Emeritus at Osaka University, Japan, died on 1 April 2016 in Osaka at the age of 85. He was a leader in protein crystallography in Japan.

Professor Katsube was born in Yonago, Japan, on 3 November 1930. He graduated from Himeji Institute of Technology, Japan, in 1953, and worked as a Research Associate there until 1957, when he entered the Graduate School of Engineering of Osaka University. He was an Associate Professor of Himeji Institute of Technology (1959-1966) and Tottori University, Japan (1966-1971), and a Professor of Tottori University (1971-1983). He joined the Institute for Protein Research (IPR) of Osaka University in 1983, and served as Director of the Institute from 1988 to 1992.

He initiated crystal structure analysis of a tetrapeptide, glycyl-L-prolyl-L-leucyl-glycine, by the vector-seeking method. In 1967, he successfully determined its structure by the heavy-atom method [Ueki et al. (1967). Nature 216, 1205].

He led the crystallographic group in Tottori University, where he determined a series of metabolite structures of Aspergillus, with the goal of understanding metabolic pathways. He successfully applied the anomalous dispersion effect of oxygen atoms to determine their absolute configurations, which are key to determining their metabolic pathway.

As the leader of protein crystallography at IPR from 1983 onward, he introduced molecular biology technology to protein crystallography to elucidate the structure-function relationships of proteins. He collaborated with biologists in various fields and determined many protein structures, e.g. xylanase, cyclodextrin glucanotransferase, 1,6-glucosidase, β-amylase, 3-isopropylmalate dehydrogenase, hydroxylamine oxidoreductase, Cu/Zn-superoxide dismutase, Mn-superoxide dismutase, tryptophanase, glutathione synthetase and basic fibroblast growth factor. He introduced many biochemists to structural biology, and trained many young structural biologists who continue to be active in research today.

He served on the Editorial Advisory Board of Acta Crystallographica Section D and the advisory board of the BNL Protein Data Bank.

After retiring in March 1993, he made every effort to spread protein crystallography to private companies. He was the Senior Advisor to the President of Rigaku Corporation (1996-2003), the Chairman of PharmaAxess Inc. (2003-2015) and the President of Protein Mall Kansai (2009-2015). Despite his declining lung function over the past few years, Professor Katsube eagerly performed these duties. After many long years of productive contributions to science, his life has come to an end. May his soul rest in peace.