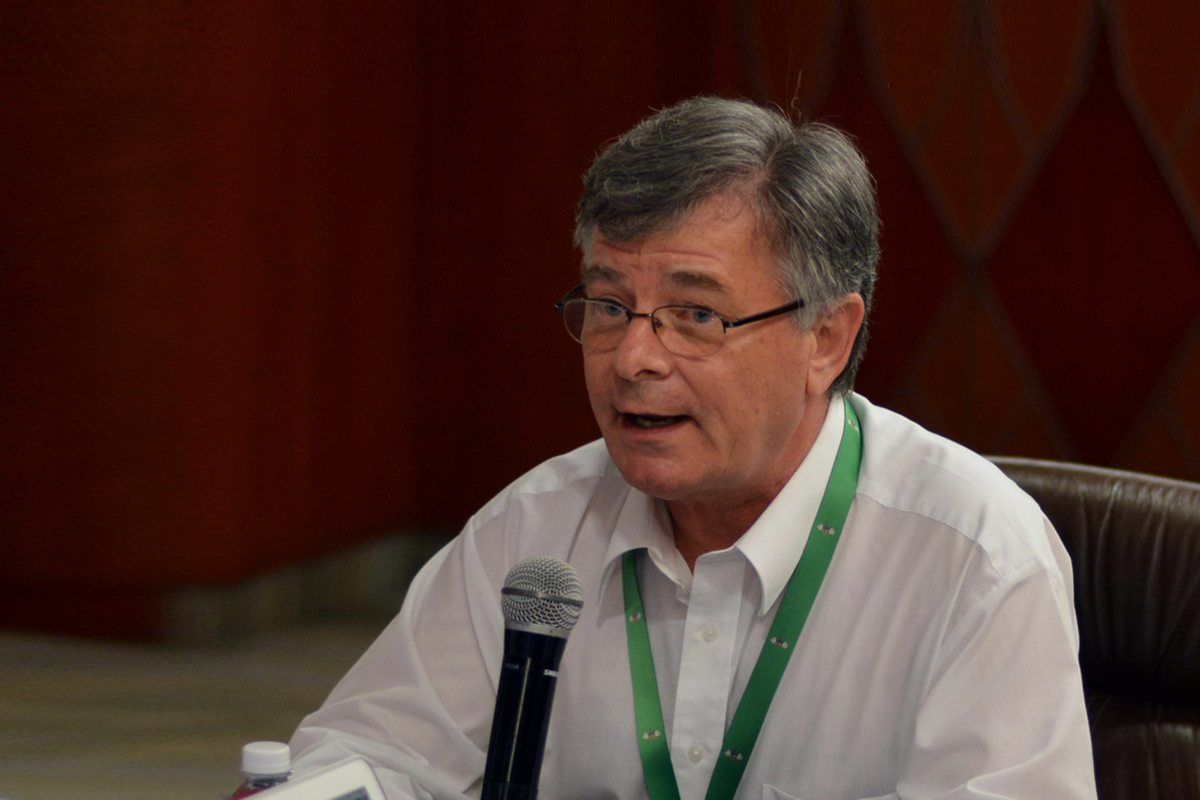 The IUCr Newsletter asks IUCrData Editor Edward Tiekink about his career, his involvement with IUCr Journals and his predictions for crystallography.

Could you provide our readers with a short summary of your career to date, including main research interests and collaborations?

I graduated from University of Melbourne, Australia, obtaining my PhD degree in inorganic chemistry/crystallography in 1985, and am now a Distinguished Professor and Head of the Research Centre for Crystalline Materials at Sunway University in Malaysia. Prior to my current position, I spent 16 years at the University of Adelaide, Australia, before 'continent hopping', first to Singapore in 2001, then Texas, USA, and finally back to Asia in 2009, all this interspersed with short-term positions back in Australia and in Brazil. Wherever I have been, I have pursued my scientific passion for chemical crystallography and continued my work in developing metal-based drugs; in 2006 I was awarded a DSc from the University of Melbourne for this work.

During my career, I have seen crystallography as an academic pursuit nearly disappear, being relegated to 'service work' until the emergence of 'crystal engineering', which has heralded a new breed of crystallographer, often non-specialist. This downgrading of crystallographers was partly the motivation for leaving my position in Adelaide to join the Department of Chemistry at the National University of Singapore, where I was allowed to follow my scientific interests.

In Singapore, I delved more deeply into the fundamental question of molecular crystallography, how and why crystals form, specially looking at secondary interactions involving main group elements and later more esoteric points of contacts between molecules such as Au⋯π, M(lone-pair)⋯π, etc. Much of this work, certainly the fun part, has been conducted in collaboration with Ionel Haiduc (Romania), Julio Zukerman-Schpector and Ignez Caracelli (Brazil).

How did you become involved with the IUCr?

Being the overarching body for connecting crystallographers from all backgrounds, the running of major congresses and an impressive suite of journals, it is hard for a crystallographer not to be associated with the IUCr in some fashion. I guess my formal association arose in 2000 when Bill Clegg invited me to join the founding Editorial Board of a new journal, Acta Crystallographica Section E. This role developed into my appointment as a Section Editor in 2009. Now, my active participation with the IUCr revolves around yet another journal, IUCrData.

Acta E has undergone a number of changes recently. Can you explain briefly in your opinion how these changes will benefit the community?

I am convinced of the need for an outlet for medium-sized papers describing new structures, and the new format of Acta E clearly provides authors with this opportunity. At the same time, the opportunity to publish restricted reports has been retained by the emergence of IUCrData. My overarching concern is that all structures need to be properly refereed, especially as we rely on the Cambridge Structural Database so much in our research - who wishes to work with dodgy structures? As an author, the fear/favour no-one approach by Editors is reassuring and provides validation for data collection and refinement methodologies, which is really important when establishing new laboratories with different instruments, etc. The new format of Acta E gives authors opportunities to write about their work and delve into the structure more, often leading to new insights into (structural) chemistry.

What do authors need to be aware of before submitting to the journal now?

Authors should avail themselves of the Notes for Authors. These have undergone refinement over the years and are an absolute must when preparing their submissions. The instructions are more of a guide and are easy to read, self-explanatory and even educational. The other thing authors should do is critically evaluate checkCIF reports and the printCIF outputs. Free access to the formatting program publCIF is a 'gift' to authors, being incredibly user-friendly.

Having published well over 800 papers across IUCr Journals, which have been your most memorable and why?

Wow! So many? In these days of metrics and all that, it might be tempting to mention a (relatively) highly cited paper, one describing the structure of Et3PAuCl [Acta Cryst. (1989), C45, 1233-1234]. But no, a paper ranking high in my mind describes the structure of Cd(S2COMe)2 [Acta Cryst. (2002), E58, m537-m539]. A culminated effort of over 20 years, actually probably longer, was spent in getting crystals of this compound, and the pieces of 'dust' I managed to grow were revealed by Victor Young Jr, employing synchrotron radiation, as a lovely one-dimensional coordination polymer. What really struck me then was that from data collection to the appearance of the structure in published form was only a matter of days - how things had changed!

If you had to gaze into a crystal ball, what would you predict being hot topic areas or techniques to look out for in the future?

I feel much molecular crystallography would benefit greatly by employing complementary spectroscopic and high-level computational techniques to explore issues such as nucleation, thermodynamics of crystal growth, etc., not to mention determining reliable assessments of energies of supramolecular association. Studies in these areas are already under way but I feel more researchers will be attracted to these important topics.