Towards a better understanding and improved refinement of disordered crystal structures 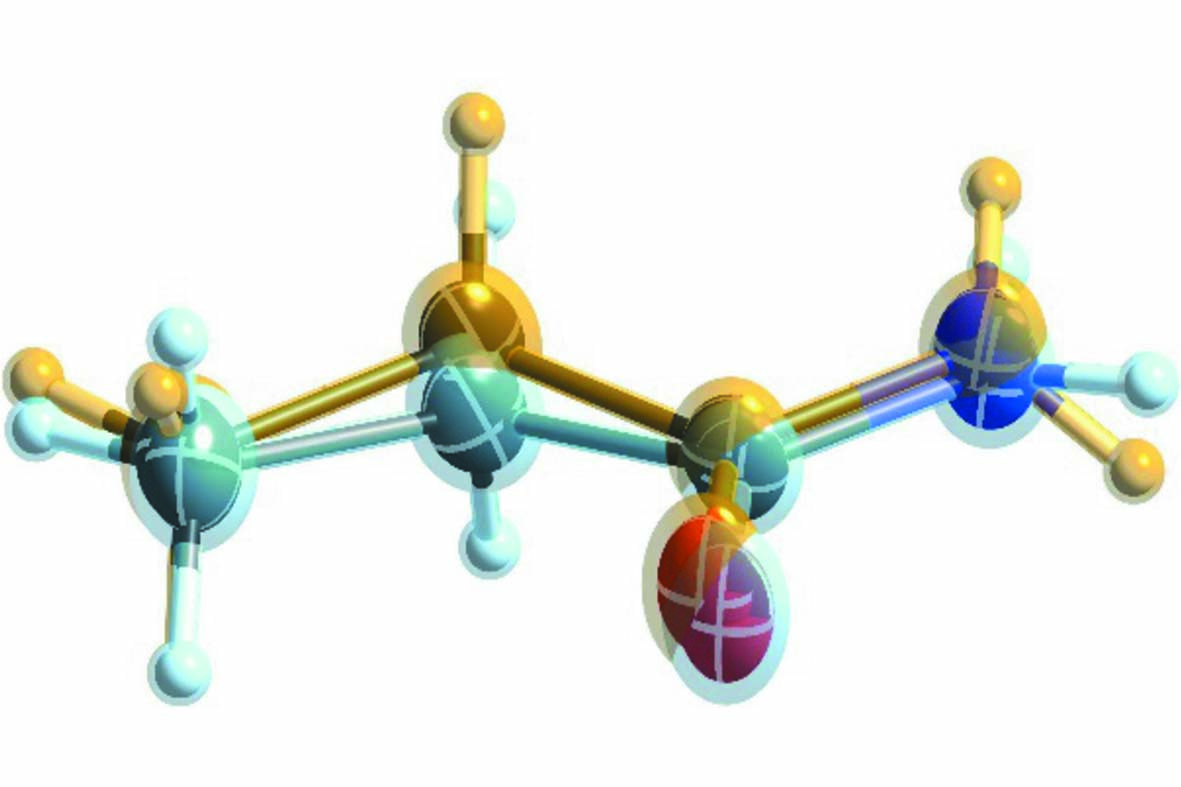 Single-crystal X-ray diffraction, the gold-standard of structure elucidation, has become well established, even mainstream, and in every respect a mature method. Most challenges of routine structure determination can be considered overcome and even mostly automatized. Modern diffractometer software determines unit cells and designs data collection strategies with minimal user input. Similarly, the phase problem is solved and space groups are determined fairly automatically by software, and most routine structure refinements can be performed with a few clicks of the mouse in just minutes. Even twinning has lost its terror through the power of computing, perhaps with the exception of reticular-merohedral twins. The one remaining issue in routine crystal structure determination is the refinement of disorder. An appreciable amount of crystal structures show at least some disorder, if only in the solvent part, and crystallographers regularly spend most of their time tackling disorders, some of which can take days to parameterize properly.

Dittrich's method takes each archetype structure and individually optimizes it computationally by means of a 'molecule-in-cluster' method (Dittrich, Chan et al., 2020), where the geometry of a molecule undergoes an energy minimization while taking into consideration a cluster of surrounding molecules as arranged in the crystal packing. From the optimized geometries, Dittrich derives restraints that he uses to assist a conventional least-squares refinement, the results of which can significantly improve the fit of the molecular model to the diffraction data. Constraints are automatically generated for the displacement parameters of proximate atoms to avoid over-parameterization.

With larger structures and especially with structures suffering several independent disorders, Dittrich's molecular models can become bulky. Describing an ordered atom as the overlay of two, four or even more identical positions with individual occupancies adding to 100% requires the use of constraints to allow convergence of the refinement. This is not a problem, however, since constraints, by their very nature, eliminate refined parameters and there is no practical difference between an atom described with three positional and nine thermal parameters, and the same atom split into several sites that are constrained to exhibit identical coordinates and anisotropic displacement parameters.

In addition to showing a way of improving the fit of disordered molecular models to the diffraction data, Dittrich's paper also contributes to the general understanding of the disorder phenomenon. For example his four common-sense requirements for disorders are helpful: disorder can only occur if (a) the disorder components overlap well (i.e. they fit inside the same 'shrink-wrap envelope'), (b) the charge distribution is similar for all components (i.e. the electrical potential on the surface of the envelope is roughly the same for all components), (c) inter- and intramolecular contacts (such as, for example, hydrogen bonds) made by all components are similar, and (d) the conformational energies of the individual disorder components are not too different from one another. In addition, Dittrich places disorder in context with molecular conformation, space group symmetry and diffuse scattering, which links many aspects of crystal structure determination in a way that has practical implementations, thus transcending mere intellectual exercise.

Finally, Dittrich's method allows for an interesting way of distinguishing static from dynamic disorder. Theoretically, the former is introduced during crystallization and cannot be influenced by the temperature during the diffraction experiment while the latter corresponds to actual motion in the crystal, which can be 'frozen out' or at least reduced at lower temperatures. The above-mentioned energy requirement, combined with the energy differences derived from the individual molecule-in-cluster optimizations, can help in classifying a disorder as static or dynamic and even have implications for understanding and possibly predicting polymorphism, which is of vital importance in the world of pharmacology (Dittrich, Sever & Lübben, 2020).

It remains to be seen how and when this method will be implemented by programmers and accepted by the crystallographic community. In many cases, a carefully and expertly executed conventional modelling of disorders using mostly similarity restraints for geometry and anisotropic displacement parameters is not significantly inferior to the results of Dittrich's method; however, the molecule-in-cluster approach offers a new and relatively easy to use tool that will likely be considered a standard method before too long.