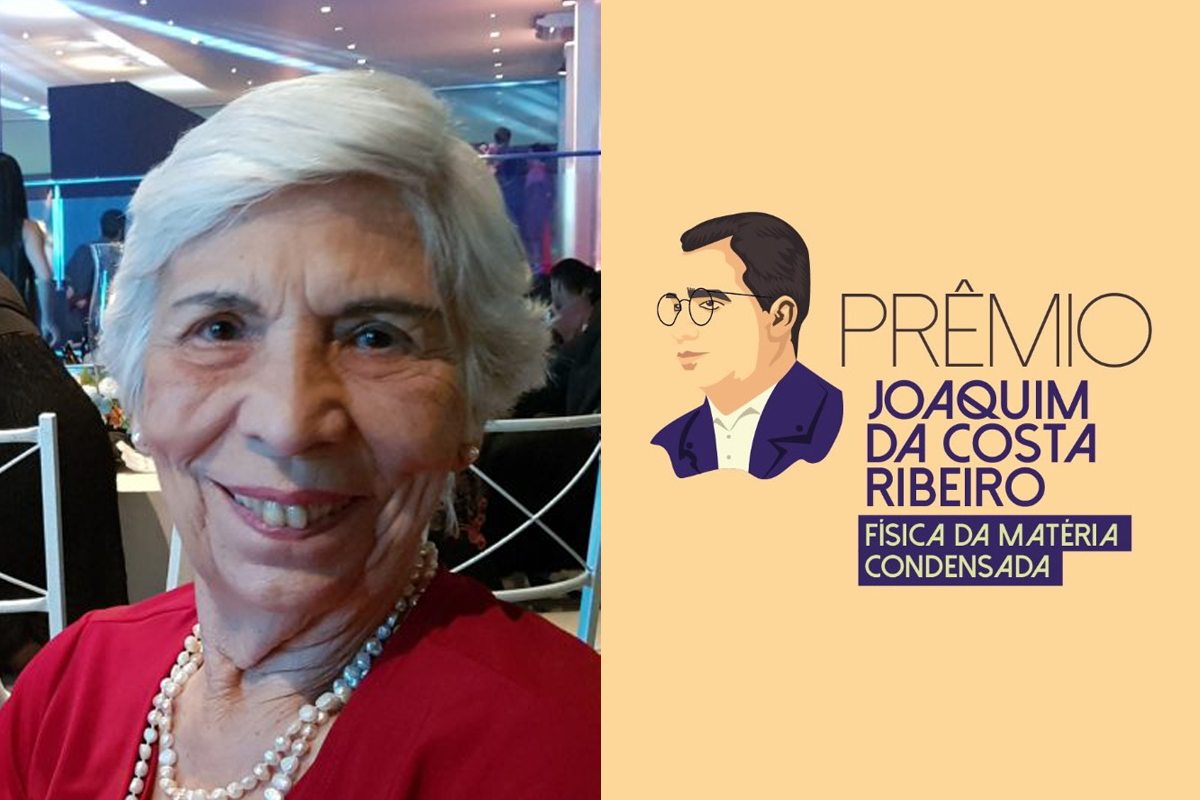 Yvonne Mascarenhas, who in the early 1960s pioneered the introduction of structural studies of small molecules and established the first Crystallography Laboratory in Brazil, has recently been awarded the Joaquim da Costa Ribeiro Award 2021, granted by the Brazilian Physics Society (SBF) “for her pioneering research activities in X-ray crystallography and for starting a solid scientific community in this area in Brazil”. Professor Mascarenhas is the first woman to win this award, which recognizes the life-time contribution of a researcher in the area of Condensed Matter and Materials Physics in Brazil.

Professor Mascarenhas obtained her undergraduate degree in Chemistry in 1954 from the University of Brazil, currently the Federal University of Rio de Janeiro (UFRJ) and in Physics in 1955 from the University of the State of Guanabara, currently the University of the State of Rio de Janeiro (UERJ). During her Chemistry studies, she got her first contact with Crystallography in a course taught by Elisiario Tavora Filho, a respected geochemist who had just returned from the USA where he had completed his doctorate at the Massachusetts Institute of Technology (MIT) under the guidance of Martin J. Buerger. It must be mentioned that the mineral tavorite, LiFePO4(OH), was named in honor of Professor Tavora.

Professor Mascarenhas’s professional academic career began in 1956 at the School of Engineering of the University of São Paulo (USP) in São Carlos, where she was the first woman in the faculty. This was the first school of USP in São Carlos. An important step in Professor Mascarenhas’s career was the two years (1959–1960) that she spent working at the Crystallography Laboratory of the University of Pittsburgh, USA, after receiving a Fullbright scholarship. There, she worked under the guidance of George A. Jeffrey and Brian Craven. This was the beginning of her illustrious career of more than 60 years and marked the formal introduction and later consolidation of Crystallography in Brazil. This process was facilitated by her remarkable ability to attract national and, particularly, international collaborators and visitors to Brazil to teach and develop research collaborations. With the creation of the USP São Carlos Institute of Physics and Chemistry (IFQSC), she moved to this new institute until it was divided into the Institutes of Physics (IFSC) and Chemistry (IQSC). She has held important administrative positions such as head of her department, director of the Institute of Physics (the first director) and vice-coordinator of the Institute of Advanced Studies–Polo São Carlos, among other positions. Professor Mascarenhas remained in the Institute of Physics until her compulsory retirement in 2001, but without disconnecting from research and teaching activities. Over the last few years, Professor Mascarenhas has led several projects related to science teaching and outreach programs in public elementary and middle level schools to promote the participation of girls and young women in science.

She was research or visiting professor in several prestigious international institutions, such as Princeton University (1966), Instituto Politécnico Nacional de México (1967), Harvard Medical School (1972–1973), Birkbeck College, University of London (1979–1980), among others. Professor Mascarenhas was one of the founders of the Brazilian Society of Crystallography (1971), which later became the Brazilian Association of Crystallography (ABCr). She has been president of ABCr on several occasions.

During her productive academic career, Professor Mascarenhas supervised more than 40 masters and doctoral students, published more than 200 indexed articles, and presented numerous regular and invited contributions in national and international events. She has received numerous prestigious awards and recognitions. Among them, the National Order of Scientific Merit in the Grand Cross Class, the IUPAC Distinguished Women in Chemistry or Chemical Engineering Award and the Simão Mathias Medal of the Brazilian Chemical Society. She is a member of the Brazilian Academy of Sciences and an emeritus researcher of the Brazilian National Council for Scientific and Technological Development (CNPq).

As members of the Latin American Crystallographic community, we are very pleased to add our voice to congratulate Professor Yvonne Mascarenhas for her recent award at the time when she is celebrating her 90th birthday. Congratulations Professor Mascarenhas!!