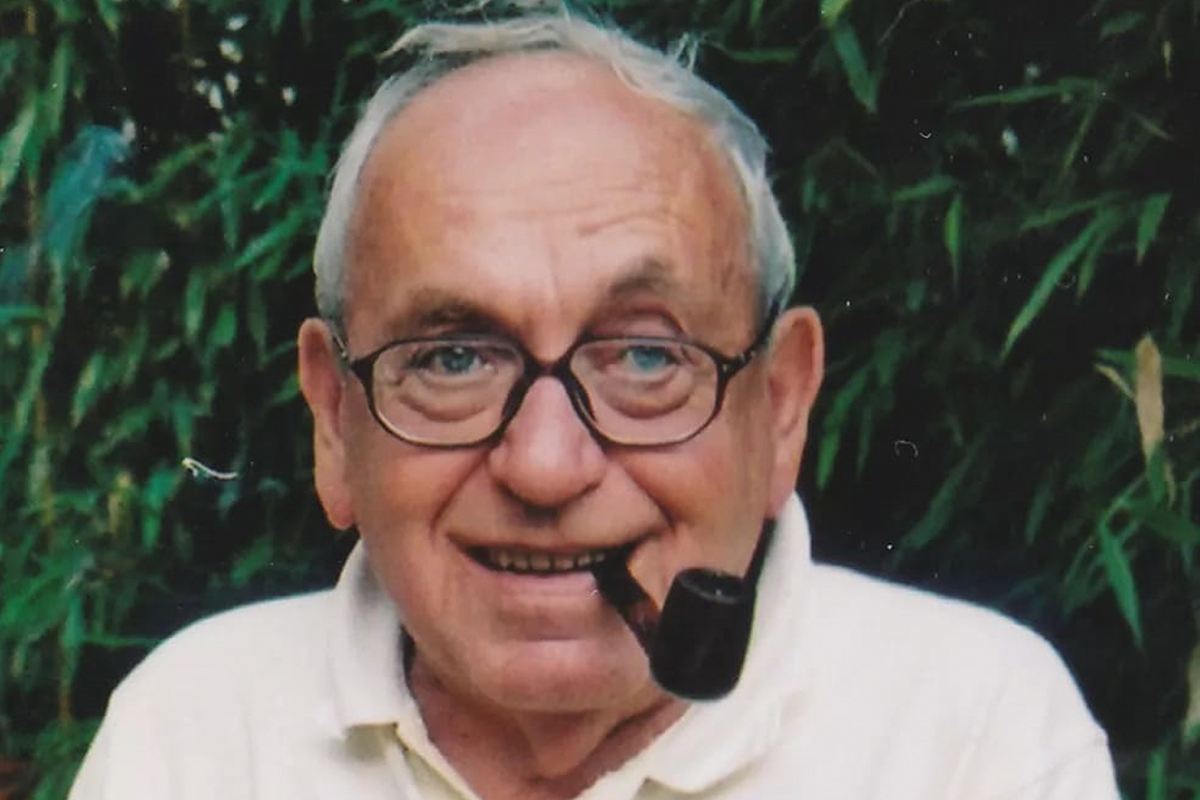 Dr Joseph Yariv collaborated extensively with protein crystallographers over many decades. Through the greatest part of his research career he was in the Life Sciences Department of The Weizmann Institute in the section for membrane research and biophysics, retiring in 1992, age 65.

Joseph was born on the 13 June 1927 in Poland and spent his early years in Krakow, where he was particularly fond of skiing. When the Second World War broke out, he managed to escape from a German labour camp and rejoin his mother. They spent the rest of the war hiding in the basements of Polish peasants in exchange for payment which sometimes was obtained through risky sorties that Joseph had to make to relatives who were also in hiding. At the end of the war, they rejoined Joseph’s father and sister who had already made their way to Israel just before the war started.

In Israel Joseph became a patriot, changing his surname from Leiser to Yariv, although he eventually became very disappointed with Israeli politics. His studies at the Hebrew University in Jerusalem were interrupted by the 1948 War of Independence, when he joined the students’ regiment of the Etzioni infantry battalion as a first-aider, getting injured a number of times. Back for his studies at the Hebrew University he met his companion for life, Masha, who had just immigrated from Poland and was studying microbiology. Masha and Joseph spent 70 eventful years together, including four years of postdoctoral studies by Joseph in New York, and sabbaticals in the UK and France.

Masha was a researcher successively in departments of biochemistry (Columbia University), biophysics (The Weizmann Institute), agriculture (Hebrew University), hormone research and virology (both at The Weizmann Institute). After retirement they alternated between France and Israel until they eventually retired to Israel in 2009. They are succeeded by a son, a daughter and four grandchildren. Joseph passed away on 23 March 2021, two months after Masha succumbed to Covid-19 complications.

Joseph’s PhD was in biochemistry on the Toxicity of the extracellular phase of Prymnesium parvum cultures. This was undertaken under the supervision of Professor Shlomo Hestrin, the founder of the Biochemistry Department in the Hebrew University (Yariv & Hestrin, 1961). Between 1959 and 1963, Joseph undertook postdoctoral studies at the Sloan Kettering Institute and Columbia University in New York. He returned to Israel as a research scientist at The Weizmann Institute Department of Biophysics (1963–1992) under Dr Ephraim Katchalski (Katzir). His work in all these years dealt with the themes of protein isolation, crystallization and structure solution. He published in Nature on the isolation of an L-fucose binding protein from Lotus tetragonolobus seed (Yariv et al., 1967). He was the first to label a methionine in the active site of β-galacosidase of Escherichia coli and made extensive studies on this enzyme (Yariv, 1977). He produced crystals of concanavalin-A complexes with methyl glucoside and with methyl mannoside and participated in solving the structures of the protein binding site with these saccharides (of which more below). He collaborated with physicists at The Hebrew University in Jerusalem in studying the state of iron in E. coli by Mossbauer spectroscopy, which led to the isolation of bacterioferritin. This was the first ferritin-like molecule to be found in bacteria and named as such, and the solution of its structure was with Felix Frolow and Joseph Kalb (Gilboa). This research was published in Nature Structural Biology and highlighted on the front cover of the July 1994 issue (Frolow et al., 1994). With co-workers from the University of Bordeaux and the National Synchrotron Light Source in Brookhaven they reported a bacterioferritin in a new crystal form (Dautant et al., 1998). In 1982–1983 Joseph had a research sabbatical at Sheffield University in the Molecular Biology Department with Professor Pauline Harrison, the crystallographer whose team solved the ferritin crystal structure. It was during this visit that I (JRH) was introduced to Joe when I was beamline scientist on SRS 7.2 at the UK’s Synchrotron Radiation Source at Daresbury Laboratory.

Joseph had a very active long-term collaboration with his long-time colleague at The Weizmann Institute Joseph Kalb (Gilboa) [see the obituary by Helliwell & Frolow (2010)]. This collaboration, as well as research on bacterioferritin, led to a series of studies on concanavalin-A. These comprehensive investigations were brought to a crescendo with the study entitled X-ray and molecular dynamics studies of concanavalin-A glucoside and mannoside complexes. Relating structure to thermodynamics of binding (Bradbrook et al., 1998). Their collaboration spanned biophysics, computational chemistry and protein crystallography. Both Josephs, Kalb (Gilboa) and Yariv, were also unstinting in their support of methods developments for protein crystallography with synchrotron radiation and neutrons, and concanavalin-A crystals regularly provided a test bed, whether at ultra-high resolution, for optimized anomalous dispersion or for determining the bound waters as D2O at the saccharide binding site.

Joseph was as passionate about art as he was about science and always excited about the beauty of the scientific models and photographs, which gave him as much satisfaction as the research. The book that Joseph published 24 years after his official retirement beautifully documents his interests and numerous collaborations (Yariv, 2016).