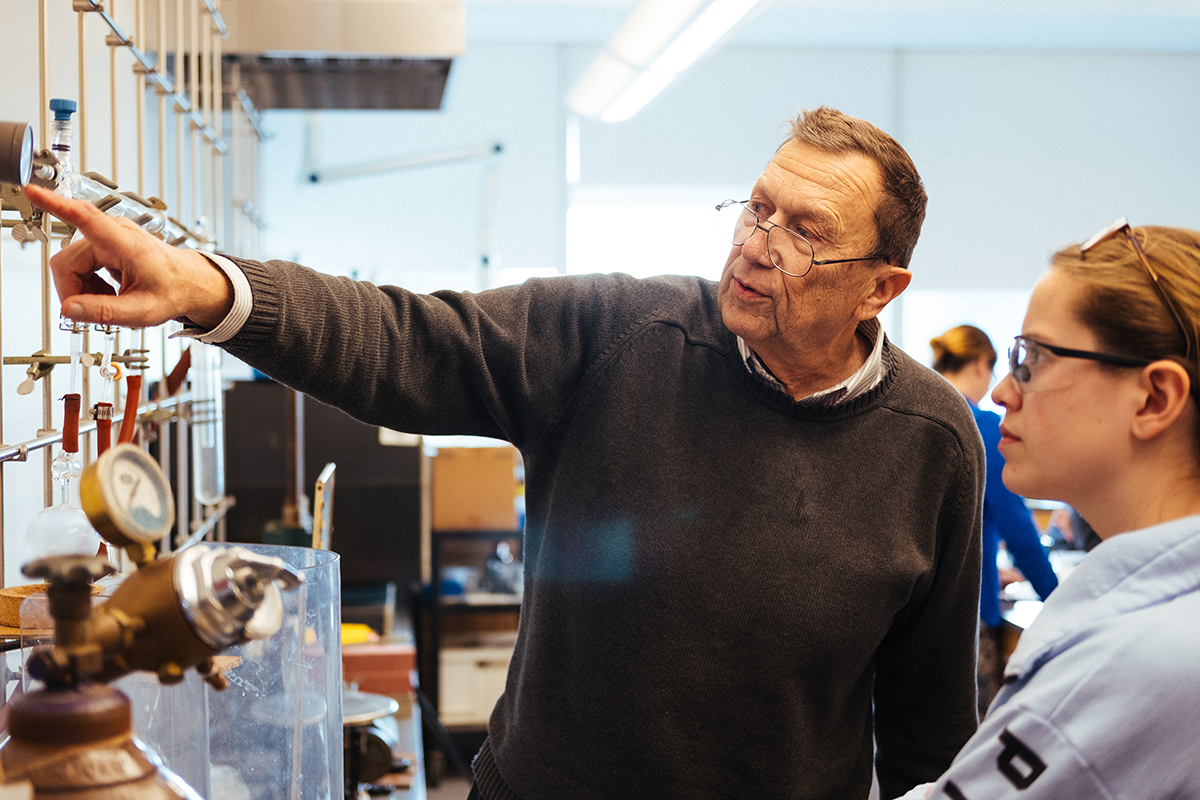 Jerry P. Jasinski passed away at his home in Springfield, Vermont, USA, in April 2021. Jerry was a Professor of Chemistry at Keene State College in Keene, New Hampshire. His research activities there spanned the fields of inorganic and physical chemistry and included structural and theoretical studies of laser dye complexes, and luminescence studies of lanthanide ion complexes of biologically interesting compounds and structural studies of pharmaceutically active compounds. His primary teaching interests were in General Chemistry, Inorganic Chemistry, Physical Chemistry, X-ray Crystallography and Biochemistry.

He joined the faculty of Keene State College as an Assistant Professor in 1978 and was promoted to Associate Professor with tenure in 1983 and to full Professor in 1989. He received numerous grants to augment both his teaching and research activities while at Keene State College. In 1989 he established, within the Chemistry Department, the New England Molecular Structure Center upon receipt of a National Science Foundation Research In Undergraduate Institutions grant to fund a Single Crystal X-ray Diffractometer system and in 2009 obtained an National Science Foundation Major Research Instrumentation grant to replace the existing equipment with a dual source CCD diffractometer. He was involved in many collaborations with scientists throughout the USA, Europe and Asia performing single-crystal structural analysis in conjunction with their research activities and thereby actively involving many undergraduates at Keene State College in this unique type of scholarly activity. He published over 1000 papers in peer-reviewed scientific journals, many involving Keene State undergraduates as co-authors. In 1999 Dr Jasinski became the first Chairman of the Chemistry Department at Keene State. In the spring of 2001 Dr Jasinski was presented Keene State College's first Faculty Distinction in Scholarship and Research Award for his outstanding research and scholarship success and his dedication to the College in teaching, research and coaching.

Dr Jasinski's professional activities include the following: American Chemical Society (Inorganic & Computational Divisions; Northeast Section of ACS), American Crystallographic Society, Sigma Xi, American Institute of Chemists (NEIC-Treasurer 1988–present; Board of Directors 1999–2001, President 2009–2011, Chairman 2016–2021), Council for Undergraduate Research, New England Association of Chemistry Teachers. He was a Co-editor of Acta Crystallographic Section E for over 10 years. Jerry held a Fulbright Teaching and Research Fellow at the University of Mysore in India from 2013 to 2014, conducting workshops and lecturing on the use of single-crystal X-ray crystallography as a state-of-the-art tool for determining molecular structure. Jerry was a caring, dedicated teacher, mentoring the careers of many undergraduates during his time at Keene State College. Jerry spent Summer 2001 in Bruce Foxman’s lab at Brandeis University, sponsored by NSF, and, over the next several summers together, they developed their Symmetry and Space Groups PowerPoint tutorial.[1] The tutorial contains >200 PowerPoint "slides", in five modules, arranged by crystal class; a sixth module covers special topics. Their hope was that the elements of guidance, inquiry and humor would make the learning process enjoyable, and indeed, the tutorial has enjoyed thousands of downloads worldwide. Bruce recalls: “Jerry spent each day working enthusiastically and tirelessly to make the tutorial a unique teaching tool. He provided an endless succession of fine ‘space group artwork’, solid teaching ideas, and great humor. Working with Jerry was a high point in my career.”

With achievements extending beyond Chemistry, Jerry was an outstanding high school athlete and set New Hampshire records that stood for many years. While at the University of New Hampshire he was participant in both their collegiate basketball and football programs. He was also an assistant coach of the Keene State men’s and women’s indoor and outdoor track and field teams for 18 years. Additionally, he officiated football, basketball and track and field at the secondary school level, and men’s and women’s collegiate basketball for 10 years. Jerry was very involved in the athletic life of his local community. For many years, in his hometown of Springfield, Vermont, Jerry initiated, ran and was commissioner of a PeeWee Football league. Jerry's biggest contribution to Vermont high school athletics was in track and field. He established the Vermont State Decathlon in 1976 and ran the event for 35 years. It is now called the Jerry P. Jasinski Vermont State Decathlon. Jerry led a full life making the most of every moment and was working on crystallographic matters until his very last day.

[1] The tutorial is available as a free download here.