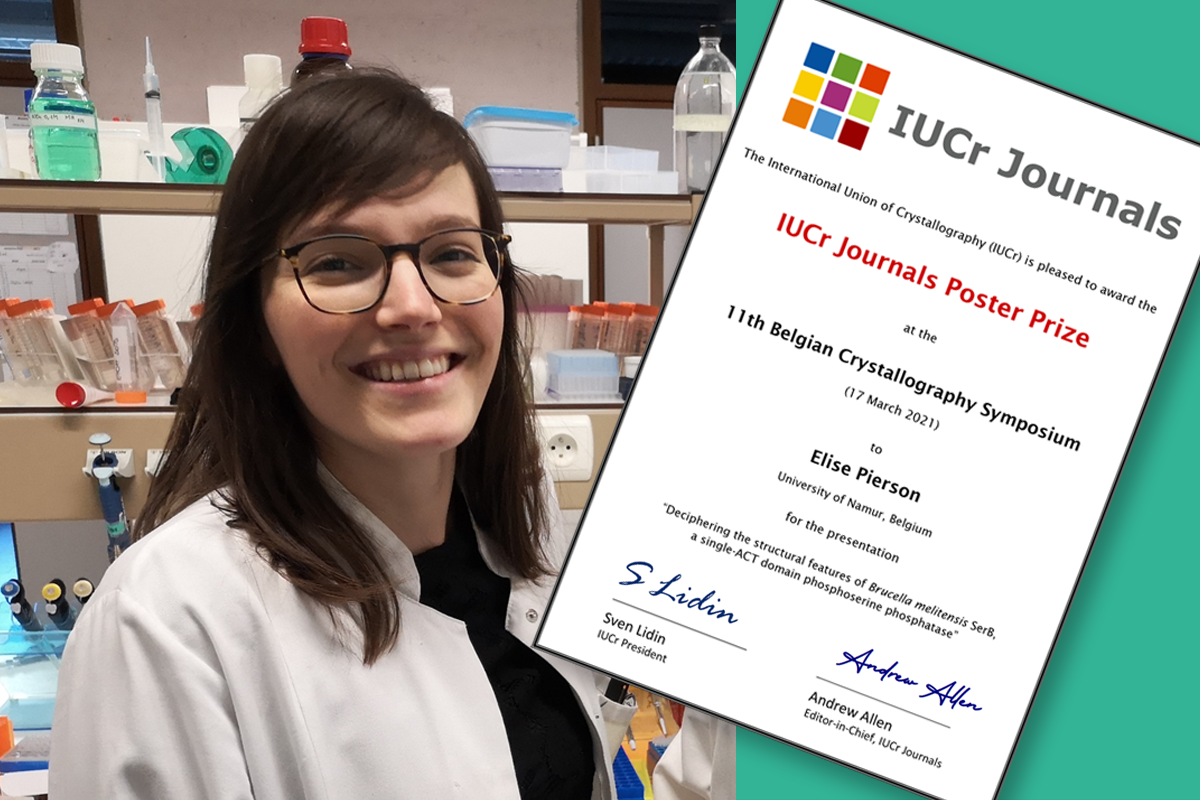 More than 100 participants took part in the Eleventh Belgian Crystallography Symposium BCS-11, which was held online on 17 March 2021 under the aegis of the Belgian National Committee for Crystallography. Due to the success of previous BCS meetings, the National Committee for Crystallography organizes this symposium at biennial intervals to promote contacts between Belgian scientists using diffraction and microscopy techniques for studies in the fields of condensed matter chemistry and physics, material sciences, earth sciences and life sciences. As one of the main objectives is to promote personal contacts, the symposium program includes flash and poster presentations in addition to plenary lectures.

During the opening lecture by Eriko Nango (Tohoku University, Japan), a nice overview was given of recent advances in recording a three-dimensional movie of the structural changes in bacteriorhodopsin at room temperature using time-resolved serial femtosecond crystallography at the SPring-8 Angstrom Compact Free Electron Laser SACLA. The minerals from alkaline rocks are the favourite study materials of Fabrice Dal Bo (University of Oslo, Norway). In comparison to most rocks, these materials are relatively enriched in alkali, halogens and high field strength elements. The complicated crystal chemistry of these minerals was illustrated by many examples such as eudialyte, steenstrupine-(Ce) and phosinaite-(Ce). The morning session was closed by nine flash presentations including three from our sponsors. During the lunch break a series of rooms were available for posters (24) and sponsors.

In the afternoon, new methods for structural investigations of nanocrystalline and amorphous organic compounds were introduced by Martin Schmidt (Goethe-Universität Frankfurt am Main, Germany). Many examples of the use of cross-correlation functions (FIDEL method) and the pair-distribution function (PDF) were given. Koen Janssens (University of Antwerp, Belgium) highlighted the use of chemical imaging tools such as macroscopic X-ray diffraction and X-ray fluorescence in the identification of pigmented materials such as lead white and ultramarine used in many 15th century paintings. These non-destructive techniques have been used during the restoration of the famous Ghent Altarpiece (Jan and Hubert Van Eyck).

At the end of the meeting, two prizes for the best flash presentations were awarded to Bram Muylemans (Leuven) and Thi Yen Hang Bui (Leuven) together with the IUCr poster prize to Elise Pierson (Namur) and the BCS-11 poster prize to Morgane Valentin (Liège). This BCS-11 meeting was sponsored by Bruker AXS, MiTeGen, Eldico Scientific, CGB-CBB and IUCr Journals.