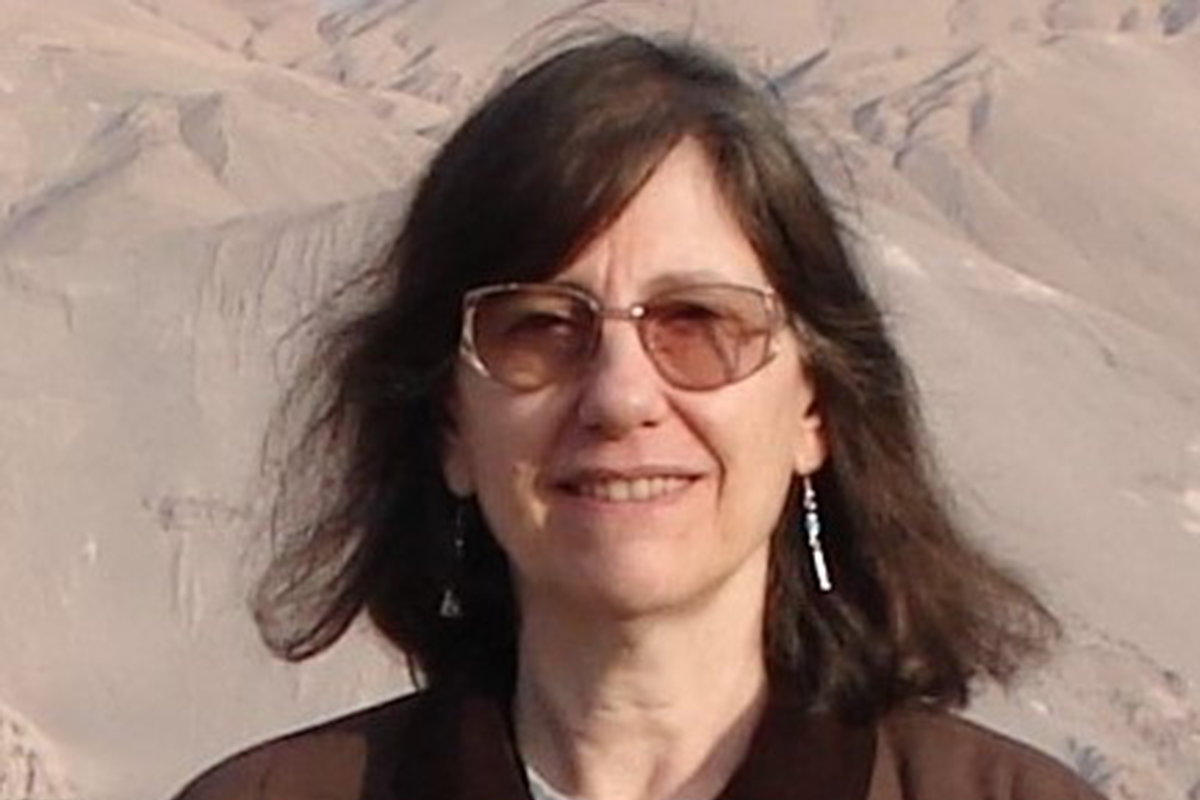 Suddenly and unexpectedly, physicist and crystallographer Dr Graciela Punte passed away in La Plata, Argentina, on 4 November 2020, aged 76, as a result of a hemorrhagic stroke. The sad news was announced by her husband, also a physicist and frequent collaborator, Dr Roberto C. Mercader.

Graciela was born in Buenos Aires, Argentina, on 2 July 1944. She graduated in solid-state physics from the Physics Department, Faculty of Exactas Sciences, National University of La Plata (UNLP), obtaining an MSc degree and then a PhD in Physics in 1972 with a thesis on “Electronic structure and magnetic properties of orthorhombic Cu(II) complexes.”

She pursued postdoctoral research in the UK on transition metal complexes, first at Oxford University (1974–1975) on hyperfine interaction and then on electron structure and bonding during a short stay at the Atomic Energy Research Establishment, Harwell.

Upon her return to Argentina and accepting a proposal from one of us (OEP), Graciela converted to crystallography by joining the X-ray laboratory at the Physics Department in 1977. This was a most fortunate incorporation as besides her scientific contributions, she later became the driving force behind the laboratory instrumentation and update.

The laboratory had been founded in 1968 by Dr Guillermo A. Alvarez, MSc Juan Andrieu and the then PhD student Eduardo E. Castellano, and was originally oriented to the physics of generation and properties of X-ray radiation. The laboratory eventually turned into one devoted to structural X-ray diffraction, following the return of Dr Castellano in 1971 after a two-year postdoctoral period in Oxford, UK. There he learned the basics of the methodology and introduced it for the first time to the UNLP by incorporating basic but complete facilities for single-crystal structure determination into the laboratory (X-ray generators, photographic recording of diffraction patterns with oscillation, Weissenberg and precession camaras, a suite of programs to solve and refine crystal structures, etc.). During these early times, the relative intensities of X-ray diffraction patterns were estimated from Weissenberg photographs by visual comparison against a standard set of data collected on five mammographic films per layer! The newly created research group on crystal structure determination followed the long tradition of the country in the methodology (Ewald, 1962) tracing back to 1929 when the chemist H. Damianovich traveled to Professor J.-J. Trillat’s laboratory in Paris to study by powder X-ray diffraction the structural effects on Pt electrodes exposed to He (Damianovich & Trillat, 1929).

Graciela was appointed Associate Professor at the Faculty of Engineering (FI), UNLP, in 1978, hence continuing a career in university education that started as early as 1966 as Teaching Assistant and culminated as Full Professor, first at the FI (1994) and then at the Physics Department (2009). She retired in 2014 but maintained a partial academic activity as a Consultant Professor.

In 1980 she became a fellow of the National Council of Scientific and Technical Research (CONICET). This allowed her, like many of us, to dedicate a substantial amount of academic activity to scientific research.

She co-authored about one hundred scientific papers on a wide range of subjects, mainly dealing with the relationship between crystal structure and physicochemical and spectroscopic properties of various materials. Since her arrival in the laboratory and up to the mid-1990s, she studied coordination solids of transition metals; noncovalent intra- and intermolecular interactions of organic molecules, both in solids and in solution; organic compounds of biological interest and also the then fashionable high-Tc ceramic superconductors.

From the mid-1990s, among other projects, she further studied packing forces in molecular solids. To enhance the experimental facilities that afforded the proper development of this and several other scientific projects that were in progress at the laboratory, she co-founded with Dr Blas E. Rivero in 1992 the National Laboratory of Diffraction for Research and Service (LANADI). She acquired a single-crystal Enraf–Nonius CAD-4 diffractometer equipped with a rotative copper anode and a point scintillation counter detector. The equipment was purchased with a CONICET grant in the late 1980s but several bureaucratic hurdles delayed its installation until late 1995.

This opened up experimental possibilities for determining the crystal and molecular structure of materials that were then unique in our country. As LANADI’s Coordinator, Graciela established several collaborations with Argentinian, Brazilian and European laboratories. She was the first in the country to pursue studies on the experimental determination of electron density of molecular crystals from X-ray diffraction data (Ellena et al., 2001).

In 2006, Graciela accepted a proposal from one us (OEP) to update LANADI's single-crystal X-ray diffraction capabilities through the presentation of a scientific project in the frame of the so-called Project for the Update of Research Laboratory Equipment (PME 2006) of the National Agency of Scientific and Technological Promotion (ANPCyT), Argentina. This project involved the purchase of a last-generation X-ray diffractometer. She succeeded again and, from 2009, we acquired an Oxford dual (Mo Kα and Cu Kα radiation) instrument with a CCD area detector and a low-temperature accessory.

This upgrade gave a great boost to structural studies, through multiple collaborations, on small- and medium-sized molecules in the country and the region. As a consequence, LANADI, now at La Plata Institute of Physics, IFLP (CONICET-UNLP), is currently one of the most important laboratories for structural X-ray crystallography of Argentina and Latin America.

During recent years, while still keeping an interest in the above studies, she opened up new lines of structural research on materials with potential applications such as pharmaceuticals and also in environment remediation, including bio-ceramics, nano-clays and biodegradable polymers.

She supervised four PhD students in physics and one in chemical engineering, and tutored several disciples, some of whom would later become accomplished structural crystallographers.

Graciela was deeply involved in promoting crystallographic methodology, both as a teacher of university graduate and postgraduate courses, schools and workshops, and as an organizer of national, regional and international courses (Punte, 2014), as well as congresses.

At the international level, Graciela served as a member of several bodies of the IUCr, including the Calendar Committee (1996–2002) and the Commission on Structural Chemistry (1996–2005). Furthermore, she was a member of the International Selection Committee for the ninth IUCr Ewald Prize (2011) and also as the Argentinean representative to the IUCr General Assemblies at Seattle (1996), Glasgow (1999) and Geneva (2002).

Graciela was a devoted scientist, crystallographer and university educator and also an exceptional science and teaching organizer and administrator in experimental physics. These virtues make her a key figure in the modern development of X-ray crystallography in our country and an international reference in this area of condensed-matter physics. Her sudden decease is an irreparable loss for her loved ones, friends, colleagues, collaborators and students and also for the scientific crystallographic community at large.

She will be sorely missed.