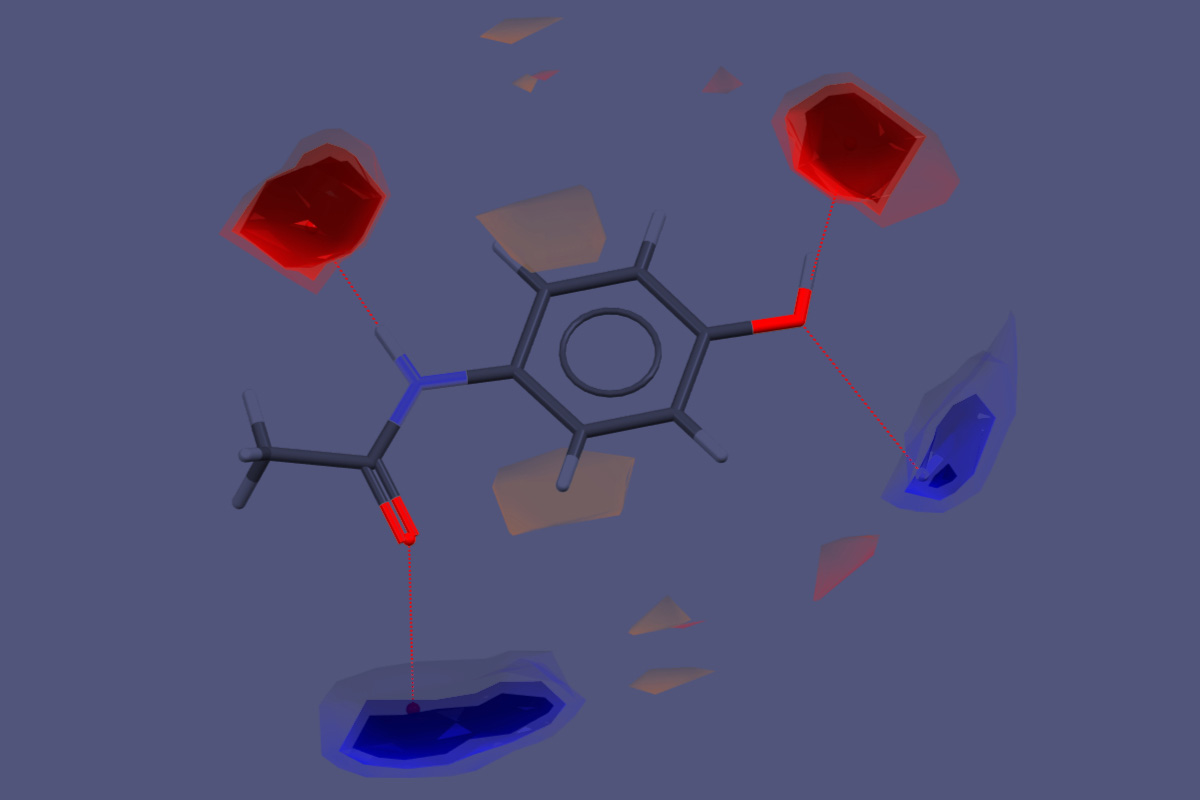 The pharmaceutical industry delivers new drugs after a lengthy research and development process, often 10 years or even more. Whereas drug molecules are chosen for their biological activity, the physical properties of the active pharmaceutical ingredient (API) have a significant impact on the success of the medicine. This is because the internal arrangement of the molecules and inter- and intramolecular interactions in the solid state affect the behaviour of the drug in many ways such as by influencing the solubility, dissolution rate, chemical and physical stability, and tabletability. Together these solid-state properties contribute significantly to determining the safety, manufacturability and bioavailability of the eventual drug.

The solid-state properties are locked in when the selection of the solid form and associated crystallisation route are determined, making these key milestones in the drug development process. Viable options for development may include single-component free drugs, salts, hydrates, co-crystals and occasionally even solvates. Pharmaceutical materials scientists evaluate the accessible solid forms for each API and develop one that exhibits the physical and mechanical properties most suitable to produce a successful drug product. It is well known that many APIs also spontaneously crystallise in multiple arrangements to form polymorphs and for the same reasons these different polymorphs of an API will also have different physical properties. Typically the solid form that is most stable under conditions relevant to the manufacturing and storage of the drug product is considered the most acceptable form for development. It is standard practice in industry to perform experimental solid-form screening to identify the thermodynamically stable and relevant metastable polymorphs initially during the pre-formulation phase of drug development, with more comprehensive screens being carried out later on.

Whereas the best chance of finding the most stable solid form comes from designing the widest experimental screen possible, it is not feasible to explore every possible experimental condition in a reasonable timescale. There can also be practical challenges to this approach including poor solubility, ubiquitous solvate formation, or the slowing/switching off of form changes due to the presence of impurities. Therefore, despite best efforts, unexpected new polymorphs can still appear, even in well-screened systems and there have been multiple examples of drug product recalls involving a change in the API solid form. Ritonavir[1] and rotigotine[2] are two notable examples that show that the late discovery of a new stable polymorph can result in significant challenges to providing a reliably safe and efficacious drug product. In each case the stable form was not identified prior to launch despite extensive experimental screening. This shows it is crucial to understand the potential solid-form landscape for each candidate and to use that information to do the right set of experiments that will allow the identification of the stable form for every case. Control of the solid form is of such importance that solid-form screening is a regulatory requirement for new drugs with the robustness of the solid form to meet safety, efficacy and manufacturing requirements being covered in ICH regulatory guidelines.[3,4]

For these reasons the selection of an appropriate pharmaceutical solid form for development, previously based wholly on experimental output, is now commonly enhanced with ‘digital design’ by using computational structural tools in parallel. A range of tools is now available and these tools may be applied individually or in combination to inform the selection decision. For statistically based methods, which compare the crystal structure of a new API against observations in published crystal structures, access to a large dataset that is highly relevant to the molecules under study is considered to be essential. The extent to which this is true for the publicly available Crystal Structure Database (CSD) has been demonstrated in a detailed comparison with two proprietary pharmaceutical databases.[5] Information derived from the CSD has now been used on several pharmaceutically relevant compounds to make successful knowledge-based predictions of polymorphism using the hydrogen-bond propensity analysis. This model carries out a statistical analysis of hydrogen-bonding patterns for a given structure, identifies potential patterns and compares these to those in known crystal structures in order to rationalise the physical form stability. The observed thermodynamic stability ranking for polymorphs of both lamotrigine[6] and crizotinib[7] have been successfully rationalised using this approach.

Full interaction maps are a further tool that create a visualisation of the common geometries for intermolecular interactions in the form of a colour density plot. The data are drawn from observed geometries from a wide selection of pre-defined functional groups that are combined into a single tailored visualisation, specific to the molecule and conformation. Full interaction maps have also been successfully used to assess polymorph stability in pharmaceutical candidates, including the anti-bacterial drug suloprenem.[8]

The use of these tools requires a single-crystal structure to be obtained, involving the preparation of single crystals of a suitable size and quality. This can be accomplished early in the development process from a relatively small amount of pure API and a little – or sometimes a lot – of patience. Advances in diffraction technology allow ever smaller crystals to be examined, by X-ray diffraction and more recently using electron diffraction techniques. Once the structure has been obtained these knowledge-based analyses allow an early assessment of the likelihood of polymorphism, identifying high-risk candidates and enabling risk mitigation strategies (such as extra screening) to be initiated.

Crystal structure data are, however, not always readily available, especially at very early stages in the drug discovery process. It is also valuable to consider all the possible forms in a potential solid-form landscape, even those that have not yet been obtained experimentally. For this reason the ab-initio generation of solid-state structures by computational methods starting from only the molecular structure has been explored with increasing interest across the pharmaceutical industry.[9] The great improvements in the ability to accurately predict crystal structures has been tracked by a series of blind tests hosted by the Cambridge Crystallographic Data Centre (CCDC) over the last 20 years. The results of these blind tests demonstrate the rapid improvements in both accuracy and in the increasingly API-like nature of the test candidates. The most recent of these in 2016 showed the successful predictions for salts and polymorphic systems taken from real, modern candidates in the pharmaceutical industry.

It is possible to guide the solid-form screening work to be carried out by comparing the computationally predicted solid-form landscape with the experimentally known solid forms for a new candidate. Where the experimentally obtained form matches the predicted arrangement and is energetically distinct, the project can be progressed rapidly with high confidence in the stability of the polymorph. If not, focussed experiments targeting the predicted stable form would be initiated to mitigate the risk that the most stable form has not been found. The application of these tools and technologies have maximum impact in fast moving therapeutic areas, allowing candidates to progress quickly into the clinic with a stable and appropriate solid form. This has been seen to be successful in the rapid acceleration of an oncology candidate to commercial launch by applying CSP for crizotinib[7] and the use of cloud-based methodology as a proactive “virtual polymorph screen” on oxabispidine.[10]

It is clear that the addition of structurally based computational tools to solid-form development has enhanced the traditional experimentally driven selection process. Faster calculations, in some cases using cloud-based methods, allow these techniques to highlight risk even at early stages of development, leading to more informed experimental design. By implementing these tools we can even allow structural modifications to be tailored in order to improve the physical properties of the solid form prior to commencing studies in the clinic. The advent of digital design in the pharmaceutical solid state forms the heart of a computationally enhanced design process that can enable the solid-form landscape of a new API to be fully understood and allowing rapid product design.