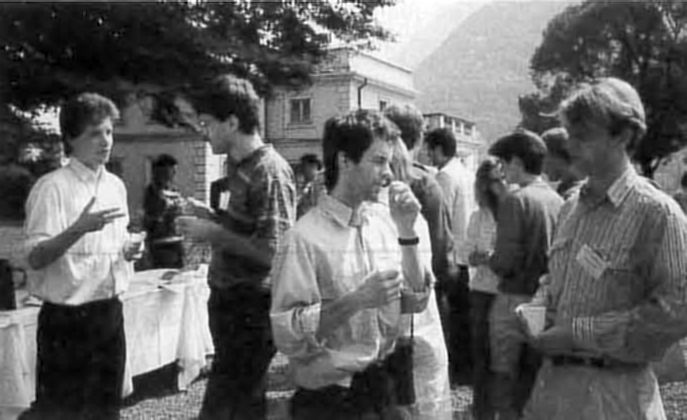 Over 200 macromolecular crystallographers, including young people from all over Europe, met in Villa Olmo at Lake Como in May, 1995. The meeting was organized by K. Wilson and A. Mattevi, with support from the HCMP Euroconferences Programme. The meeting reflected the explosion of new structure deterrminations, including a 673 kDa 20S proteasome (Martinsried), the photosynthetic light-harvesting peridinin-chlorophyll-protein with 313 amino acids, two chlorophyll and eight peridinin molecules (Freiberg), and Trp RNA-binding attenuation protein (York) in which the presence of two octamers with an internal 11 fold symmetry axis in the asymmetric unit permitted improvement of the electron density by 22-fold averaging. For good measure C. Frazão described his ab initio determination of the structure of cytochrome c6 structure from green alga using Patterson methods to locate the iron and threesulfur.