Skukuza Rest Camp in South Africa's Kruger National Park was the novel, but very conformable, venue chosen for the Small Molecules Indaba organized by J. Boeyens and an International Committee. The Indaba (Zulu: business, affair), held in August 1995, took the form of a Workshop on "Fundamental Principles of Molecular Modelling" and was attended by forty crystallographers, spectroscopists, chemists and theoreticians from South Africa and neighboring countries, and as many more from fifteen countries scattered around the globe. Sponsorship and financial support came from the IUCr and a number of South African organizations. IUCr President P. Coppens opened the Indaba and F. Allen (Editor of Acta Cryst. B), F. Herbstein (Chair of the Small Molecules Commission) and A. Kalman (former IUCr Vice-president) were active participants. There were seventeen plenary lecturers and over twenty posters. Topics ranged from "Can quantum mechanics account for chemical structures?" through "Molecular Shape" to "X-ray diffraction without X-Ray: Modern approaches to computational inorganic chemistry". The Proceedings, edited by W. Gans, will be published by Plenum; orders at a pre-publication discount price of $45 can be placed with the Editor (Inst. für Physikalische Chemie, FU Berlin, Takustr. 3, D-14195 Berlin). The Indaba and last year's meeting on Powder Diffraction in Johannesburg, with their broad international participation, mark South Africa's resurgence as a host for crystallography conferences. The social program included a braaivleis barbecue and excursions into the bush to hunt (with field glasses and camera) the Big Five (lion, leopard , elephant, buffalo, and rhinoceros).

Comments from a participant

The "Small Molecules Indaba", organized by the South African Crystallography Society, marked a significant step for the Small Molecule Commission (soon to be called Solid State Chemistry) of the IUCr. Small Molecule CryStallography as an area of specialization has been in decline over the last decade since, in many respects, "It [Small Molecule Crystallography] has fallen victim of its own successes" (P. Coppens concluding remarks at Indaba). Indeed, structure determination of small molecules has become so routine that most crystallographers have sought the challenge of larger problems which traditionally has meant larger molecules. It is important to realize that not all important questions in the realm of small molecules have been resolved. By focusing on the fundamentals of Molecular Modeling, the Indaba provided a unique setting for serious discussion of fundamental issues.

The images conjured up by the terms molecule, model and molecular-modeling are rather ambiguous. (Ask a quantum chemist, a spectroscopist and a crystallographer to define molecular shape.) With the proliferation of molecular modeling software packages for "bench chemists", the meanings of the terms are further corrupted and questionable results often appear in the literature when molecule modeling studies accompany structural reports. Rarely do experimentalists and theorists come together for a dialogue of these basic concepts and definitions as they did in this meeting. 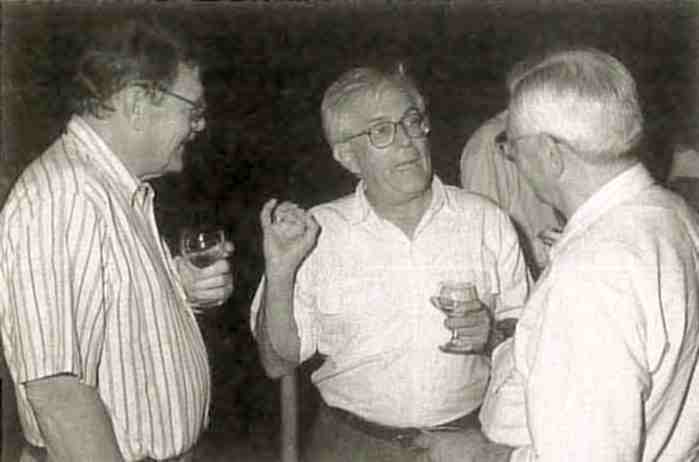