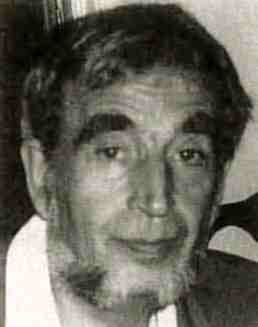 The direct methods community has lost one of its foremost members with the untimely death of Henk Krabbendam on November 4 1995, after a struggle of one year with cancer.

Henk graduated in 1959 after study with J. M. Bijvoet at the Utrecht University. A Ramsay grant enabled him to continue his academic education with A. Beevers in Edinburgh where he became an expert in Patterson techniques. After his return to Utrecht his attention shifted towards direct methods, where I had the privilege of joining him in that exciting pursuit. Our first joint result was presented at the IUCr meeting in 1969 and concerned the application of Sayre's equation for phase determination in which we advocated starting with random phases, quite a bold idea in those days. Thereafter the Double Patterson became a source of many accomplishments like the introduction of structural and experimental information into the phase probability of structure invariants.

With his great talent for mathematics, Henk mastered the machinery needed to derive probabilistic formulae. His profound fundamental knowledge of probability theory and mastery of the literature made him an ideal supervisor for PhD students. He was an engaging teacher, who wrote elaborate lecture notes of high quality. No matter how busy he was, Henk would take time to help when asked for assistance. He was a very modest, patient, tolerant and understanding person. When difficulties arose he was frequently asked to mediate.

With the support of his wife, Nell, he accepted his terminal illness courageously. In his last months members of the Department of Crystal and Structural Chemistry would return from visiting Henk uplifted and enriched by a valuable conversation. In the beginning of October, Herbert Hauptman came to Utrecht to dedicate a series of lectures to his old friend. It was a touching tribute to Henk's scientific achievements and personal qualities. We will greatly miss an outstanding scientist, an excellent teacher, a helpful colleague and a real gentleman, but above all an unforgettable friend.