I started learning programming in 1978 on some main-frame like computers. Well, we had some interactive computer facilities in our X-ray lab, but the computer programs as written in those days demanded a non-intuitive amount of input; showing nearly no inner intelligence of chosing default values. I begun to change that. Thus, I learnt that an intelligent program which hides the user from the need of input is a step ahead for an interactive program.

From a practical point of view, the common representation of atomic positions is somewhat strange. It defines an asymmetric part of the full unit cell, and this part is filled with (possibly partial filled) atomic sites. This assymetric unit is expanded to generate the full contents of the unit cell. This is a purely theoretical point of view to crystallography, dealing with some periodic distribution of arbitrary values. But, in practice, we deal with atoms in a variety of situations. By handling atoms in the assymetric unit, one needs extra code and data to:

To overcome these problems, I do not use such data representation in my programs. Instead, I have an external file containing ASCII information about all possible space groups. For example:

is part of the entry for spacegroup no. 181. The expressions will be handled by the DATA module as mentioned below.

As mentioned above, this code is able to generate the symmetry of the special positions automatically. So an anisotropic Debye-Waller factor can be set simply by typing

The algorithms which do that will be described in detail in the next section.

By using this new external format, automatic correction of the Debye-Waller factor symmetry becomes simple. As explained, we have one set of atomic coordinates for each atomic position, instead of multiple coordinates according to the multiplicity ratio of general and special positions. So, we have only one positive definite matrice Bij in the anisotropic Debye-Waller factor:

The remaining task is to automatically adjust the symmetries of the Bij of the atomic positions according to the crystal symmetry. This will be done by the following algorithm:

Most standard data formats as fixed by the crystallographic community use Fortran-like input until now: a number at a fixed position on a punch-card like data sheet for each input value. I will explain a more advanced modern format:

is the same input as

is fully equivalent to the previous input.

The assignments will be evaluated in order. In the case of the BGMN Rietveld software (http://www.bgmn.de/), this special data structure is the DATA module. By evaluating the data instructions in order, the input data itself is a kind of code. The input data/code must follow the rules of a specialized language, the input language of BGMN in our case.

I will explain this in the following two sections.

This example gives the structure description of an organic compound from [3]. 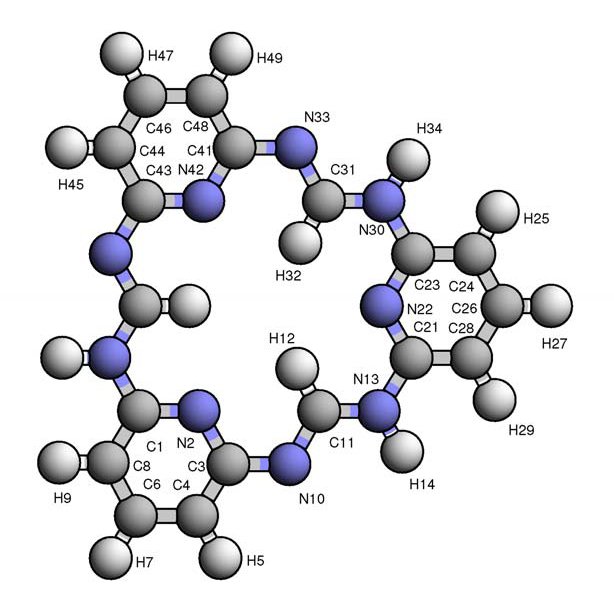 Fig 1: Image of organic compound that can be defined by the following style of structure description.

Comments start with //. The input data/code (structure description file) is as follows:

// General crystal definition as to be set in every structure definition.

// Definition of bonded atoms. The force field will be computed

// for non-bonded atoms, only. Up to the 2nd bonding level each

// Definition of some pseudo-positions in cartesian

// coordinates, which are useful for Eulerian rotation.

// Definition of cartesian atomic coordinates of the

// Rotation of the molecule for 3 Eulerian angles rho1...rho3

// Rotation/torsion of parts of the molecule

// (folding of the molecular chain).

// Part 2: Definition of the Wyckoff positions. In this case,

// which are predefined by the Rietveld program BGMN

// are neither independent nor generalized into a total Debye-Waller

// factor of the structure. Instead of specific Debye-Waller factors

// for each of H,C,N atoms were parametrized in part 1.

// In following, this values are assigned to each TDS in part 2.

The asymmetric bands of disordered clay minerals are described by hkl dependent peak broadening and shifting [4]. The disordering model of kaolinite [6] was tried to approximate as well as possible.

The input data/code (structure description file) is as follows:

// RefMult=2: Each hkl causes two lines in the pattern,

// which generate strongly asymmetric peak shapes as common in clays

// The square of the additional with the squared lorentzian functions is

// Change of lattice constants by tau

// taua, taub ,tauc is the difference vector between tau as given in

// Kap. 8.1.5 Models for the Stacking Faults in Kaolinite

// and the ideal translation b/3, multiplied with an arbitrary

// factor. This new tau should be a small value compared to

// as a difference to the above citation, tau has a significant

// each depending from hkl as well as from iref

In this case, only the lattice constants and the real structure will be refined. The ideal structure remains fixed.