Some humble side-notes on quartz, handedness and possible evolution of the human mind 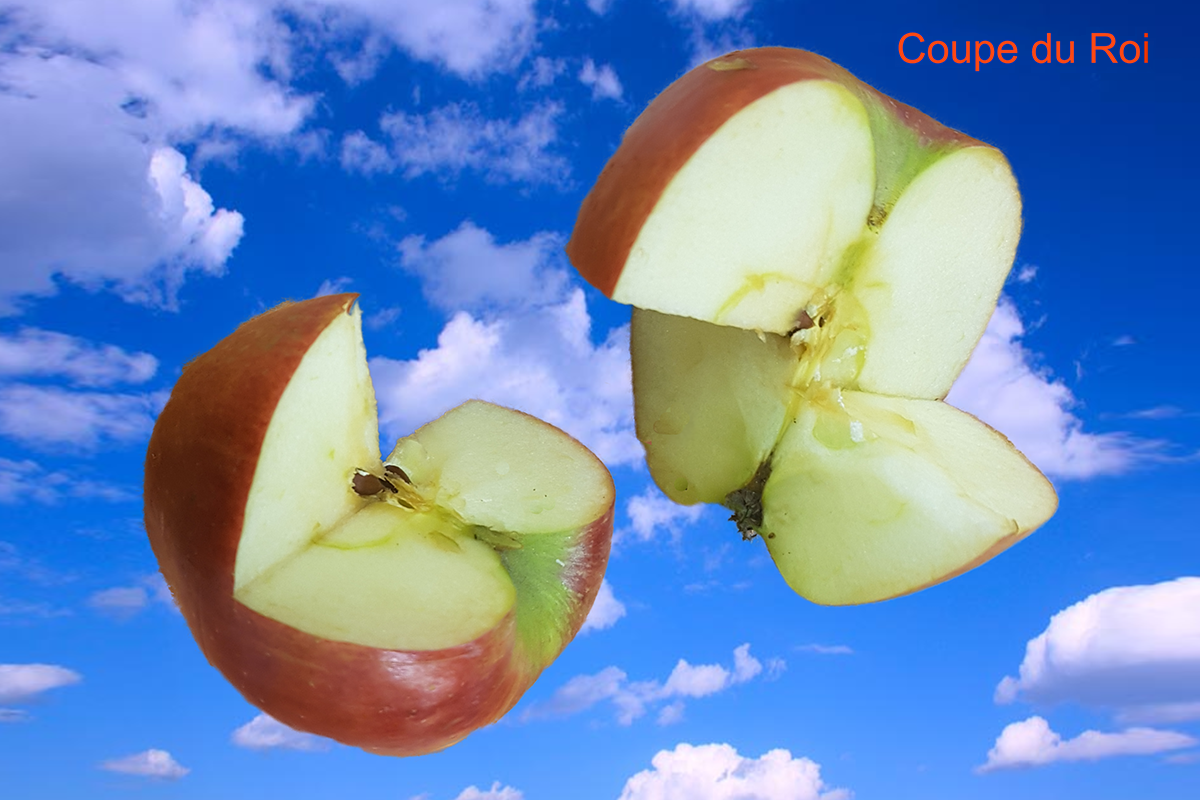 Almost the whole of my scientific life I have spent time doing things that other crystallographers do: growing crystals, performing diffraction studies at various temperatures and pressures, determining structures, analysing and interpreting the results, publishing in scientific journals and teaching students. Some 20 years ago, sparked by private relationships, I started to devote a small part of my time and interests to more transcendental aspects of crystals, such as their roles in paintings, sculptures, literature or architecture (but not cinema, I am afraid, and certainly excluding esoterism). In doing so I was lucky to contribute to a small number of expositions. I also gave non-technical public lectures and occasionally wrote short essays. A recent example of such writing can be found in a book devoted to the paintings of Stefanie Kettel (https://www.stefaniekettel.com/). Her book has the rather enigmatic title als wenn sich nach langem warten alle erkenntnisse im kopf zu einer einzigen frage zusammengefügt hätten (ISBN 978-3-9817475-1-5, © 2017 Trademark Publishing and author). My own contribution to the book, entitled “Kristall und Mensch – Mensch und Kristall”, represents a personal view on the artist’s oeuvre and is an attempt to understand the role of crystalline forms in her paintings and sculptures. For the present short note I have borrowed a few ideas from that essay. Alongside the German version the book contains also an English translation: “Crystal and humans – humans and crystal”.

The last issue of the IUCr Newsletter presents a number of very interesting and well-written contributions. Personally I was most attracted by Mike Glazer’s Feature Article “Some musings on crystals of quartz”, John Helliwell’s interview with Juanma García-Ruiz: “Wrestling with questions at the edge of science methods”, the Editor’s comment on this interview and, of course, Juanma’s thoughtful, inspiring as well as provocative essay “2001: The Crystal Monolith”, which is available here.

Mike Glazer’s Feature Article outlines very nicely some of the most mind-boggling intricacies of quartz, especially the handedness of its structure and optical properties. I always recall with pleasure some of Mike’s splendid lectures, especially when he explained the senses of rotation of helical structural motifs of quartz (as shown nicely in his article) and its optical activity by the example of certain helix-shaped pasta. Since then I seem to have developed a mild mental problem, because when eating this food I am always stuck with the question, if the specific noodle turns left or right, and if all the others on the dish do the same. This is maybe the reason why nowadays I prefer long and thin noodles – or rather turn to a much more radical solution such as having pizza instead of pasta, or even mashed potatoes.

In the context of handedness I feel it also appropriate to commemorate the late Howard Flack who liked to puzzle his audience by skilfully dissecting an apple into two homochiral halves [la coupe du roi, see IUCr Newsletter (2016). 24(4)]. The mysteries of “left” and “right” have fascinated many people, certainly scientists, but also laypeople and artists, including the Austrian poet Ernst Jandl (1925-2000), who expressed this in a famous poem as follows (ernst jandl: lechts und rinks – gedichte statements peppermints. Deutscher Taschenbuch Verlag, München, 1997):

Here each "r“ is replaced by "l“ and vice versa, thus the German "rechts“  (English “right”) becomes “lechts” and so forth. Wordplays like this are very hard to transfer, let alone to translate, into other languages. The translator of my text in the above-mentioned book offered this version:

“many say
reft and light
cannot be foncused
whas a mittake”

Obviously there were not enough fitting words with “r” and “l” to come closer to the German version.

Another artist’s appealing view of the mysteries of crystals in general and of quartz in particular is Max Ernst’s (1891-1976) “Ein Kristall, seine Witwe und sein Kind” (A crystal, its widow and child). A reproduction of his painting can be found on the internet.

As reported by himself, Juanma’s article “2001: The Crystal Monolith” was also inspired by an artwork, namely by the movie “2001: A Space Odyssey”, directed by Stanley Kubrick. Juanma describes how the basic idea of a crystal served as a metaphor for the general message of the film and how this idea developed during the process of making the film. From this film Juanma seems to have developed his idea that careful visual inspection of the morphology of a special crystal species – here quartz – and the haptic experience of its smooth faces, sharp edges and corners might have triggered the abstract thinking in early human’s brains. I certainly agree with Juanma that the discovery, inspection, collection and keeping of certain crystals, particularly quartz, may have played an important role in the cultural evolution of early mankind. However, further below I would like to offer another possible explanation of why in particular quartz crystals could have attracted the earliest human’s attention.

First let me slightly object to the argument that “… the world of these early humans was one in which everything visible around them was dominated by curves and irregularities” (from the Editor’s comment). While this is generally true, it is not the whole truth, as Juanma also states in one of his footnotes. Living on the shores of the Baltic Sea at the fjord of Kiel I know from my own daily observation that the horizon separating water and sky appears essentially as a straight line, provided that the state of the sea is not too rough. Likewise, the surface of a dormant lake appears essentially flat. Of course, I gladly admit that a well-shaped crystal is much more than just one straight line or one flat surface.

I fully agree with Juanma that most crystals differ sharply from other natural things as most of them are harder than animal or vegetable tissue and are heavier than water; many crystals are transparent, reflect light, some are fissile and separate along smooth surfaces, some are beautifully coloured. One may note that rotational and reflection symmetry of crystals are not unique to crystals, because many flowers and also animals (see “The Tyger” by William Blake) show symmetry as well.

Altogether, it is the combination of all these characteristics that makes crystals unique among natural things. As an extension rather than a contradiction to Juanma’s arguments based on morphology I would like to offer a slightly different approach for consideration: apart from their special morphology, it is in my opinion the optical properties that make some crystals so special. In particular the reflection of light from smooth surfaces is a very characteristic property of crystals. Qualitatively, mineralogists distinguish minerals by their lustre. Quartz, for example, has glass-like lustre. The lustre of other minerals may be metallic for example, or fatty or silky. In some favourable cases, a given crystal can be cut, polished and thus be made into a gemstone. The lustre, the gleam or especially brilliance give such a gemstone an aura that reaches far beyond its physical reality. In a sense, this interplay of crystal, light and human sense of vision creates something new that, to a certain extent, can be called dematerialised material. Whoever at the opera or a ball has caught sight of the flashing of cut diamonds will agree with this opinion. The relatively cheap glass prisms hanging from a chandelier serve a similar purpose as the precious jewels decorating wealthy ladies or gentlemen. Quartz is a very common mineral, but well-formed jewel-like crystals are less common. At certain locations of the world, perfectly shaped, centimetre-sized, highly reflecting quartz crystals can be found buried in some soft matrix, such as clay or marl, where they have resisted abrasion that otherwise would have transformed them into a rounded pebble if transported in a brook or stream. In some places such crystals can even be found on farmland, preferentially in early spring after ploughing and before vegetation has started to grow. Then after a rain-shower followed by sunshine, these little objects can be spotted from far away by their reflectivity and picked. Often such quartz crystals are then called “diamonds”, specified by the location, e.g. “Schaumburger Diamanten” or “Herkimer Diamonds” and the like, and are much sought-after by mineral-collectors. Again, the combination of crystal, sunlight and observer results in an aura and allows the actual crystal to be spotted from quite a distance. Note, the flash effect changes with the angle of sight, i.e. with the movement of the observer. Coming back to the early humans, in my opinion, it might be quite possible that the first attraction to quartz crystals was due to their reflectivity, perhaps followed by closer inspection of their morphology. It may well be that the lucky finder might have considered such a crystal as a treasure, he might have believed that its aura gave the owner supernatural power, youth, health or whatever. Perhaps here lies the reason why gemstones in general were so important in many religions or early civilisations.

If the above arguments are accepted then John Helliwell’s question concerning calcite finds an easy answer. Calcite is a quite common mineral too, not much rarer than quartz, and it often occurs as nicely shaped crystals. However, calcite is much softer than quartz and as such it is easily scratched by other crystals, in particular by quartz, or even by ordinary rocks. One could therefore suppose that in pre-scientific times this could have been regarded as an indication of some kind of inferiority with respect to quartz, and therefore the latter would have been assigned a higher status in the transcendental sense. In addition, contrary to quartz, calcite breaks easily and separates into small rhombohedra when dropped on the ground. Some believe that the observation of this cleavage was the starting point for Haüy’s theory of molécules intégrantes. More important in the present context is the fact that while fresh cleavage planes of calcite have a lustre quite similar to that of quartz, the faces of naturally grown calcite crystals often present a dull surface, such that the reflectivity is low and the aura vanishes. This is probably due to the relatively high susceptibility of calcite to water and thus to humidity. Quartz is much more resistant in this respect.

I thank Mike Glazer, Juanma García-Ruiz and John Helliwell for their contributions, which gave me the necessary impetus to write these lines.