The Gandolfi Stage: A Novel Approach for the Analysis of Single Crystals and Small Volume Samples 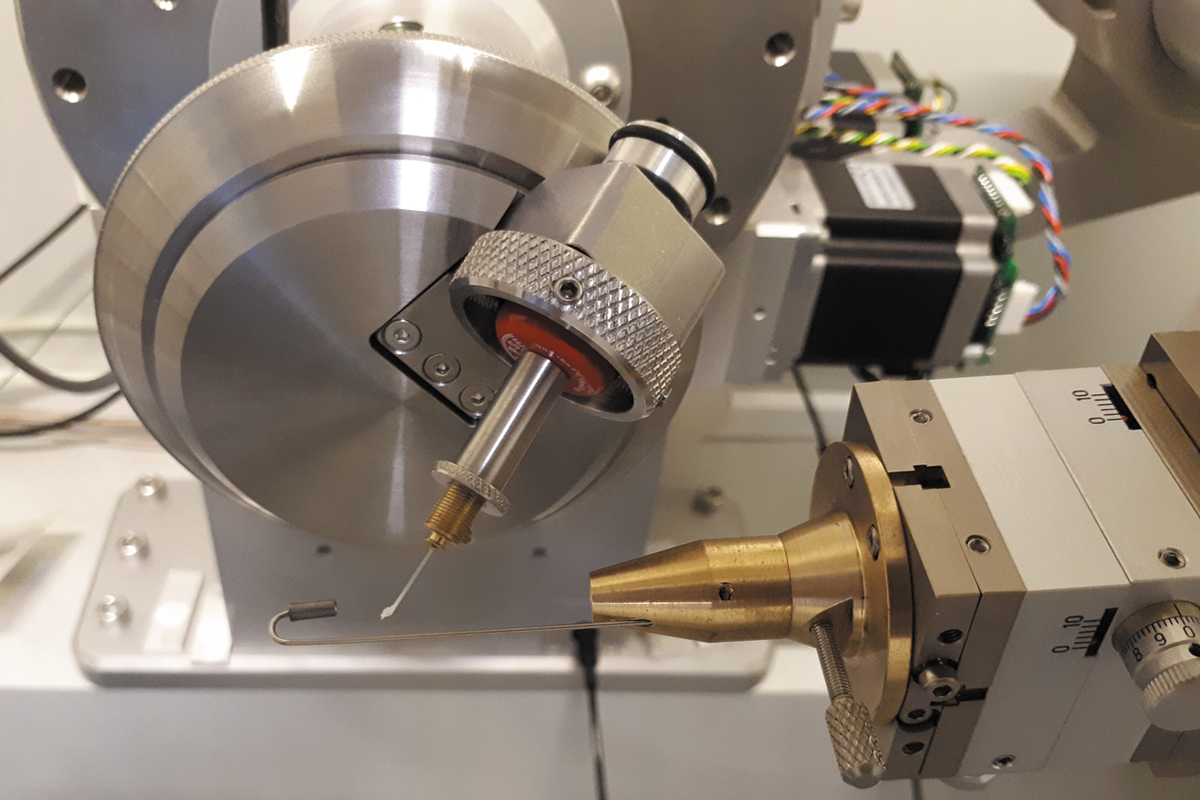 Gandolfi Stage (with crystal) assembly mounted on the diffractometer.

Accurate analysis of single crystals and/or small clusters of crystals requires the use of a single-crystal diffractometer. Conventional powder X-ray diffraction (XRD) systems are extremely limited in their capabilities for such samples. Capillary spinners are capable of accommodating such samples, but cannot accurately provide diffraction from more than a few hkl planes due to the single rotation axis. Other methods for analyzing small volumes on conventional laboratory systems require the grinding of the sample; but many samples, such as rare minerals, gemstones and newly developed materials consisting of only a few crystals, are not conducive to such alterations.

The Gandolfi Stage, developed for use in conventional powder diffractometers, enables the analysis of single-crystal or small-volume samples without the need of a dedicated single-crystal diffractometer. The stage effectively turns the diffractometer into a three-circle system, allowing for the fast analysis of samples previously unsuitable for conventional XRD systems. Combined with proper software applications, the Gandolfi Stage allows for a variety of analyses from phase identification to structure solution.

The ARL EQUINOX 5000 provides faster data collection when compared with other diffractometers due to its unique curved position-sensitive (CPS) detector that measures all diffraction peaks simultaneously and in real time. It is therefore well suited for both reflection and transmission measurements. 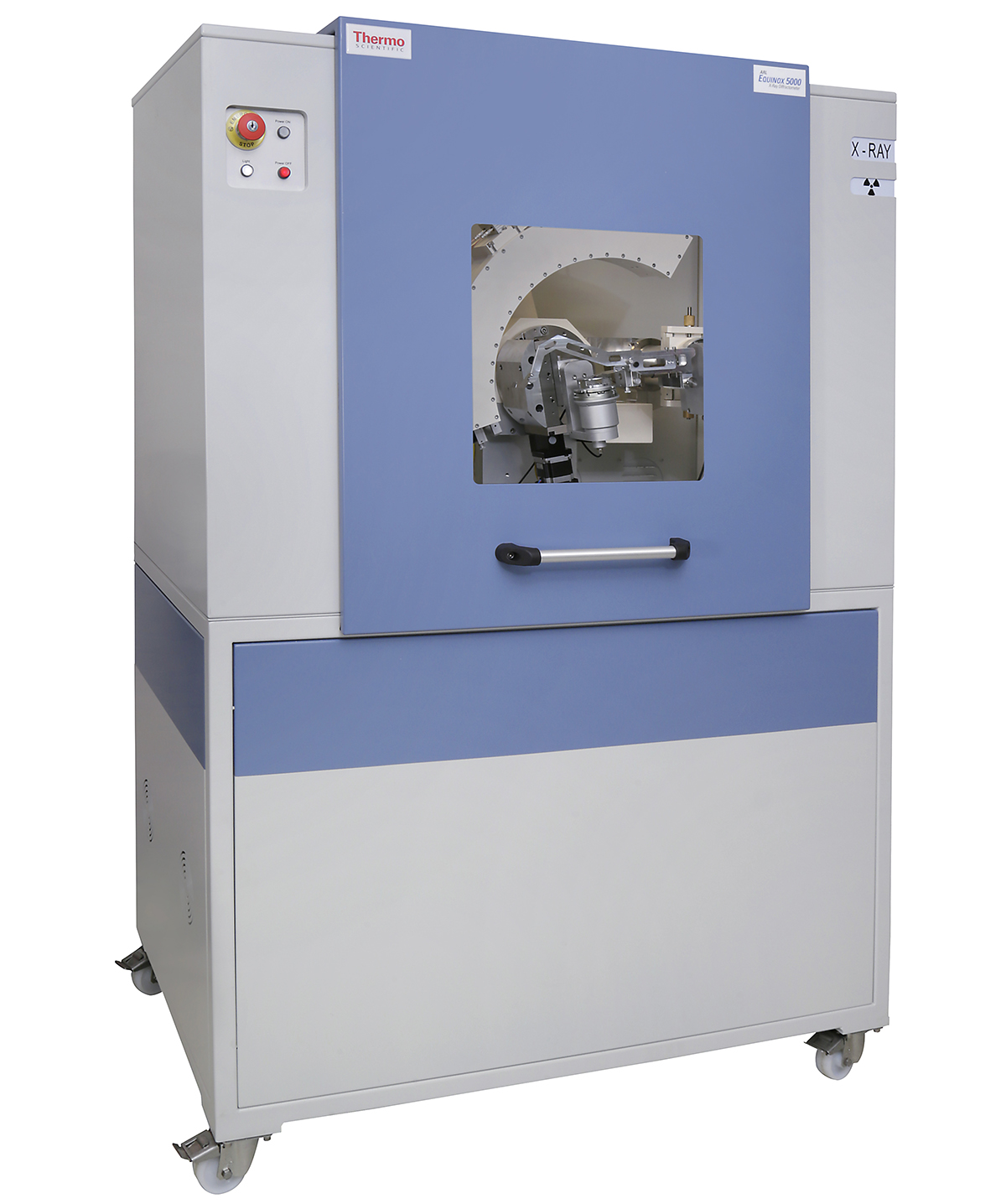 The stage consists of two motors and a goniometer head with a standard brass pin, which is used along with glass fibers to mount the crystal(s) (Fig. 2). Alignment is performed using the USB camera, connected to the controlling computer, and associated software on the stage holder (Fig. 3). The stage is then transferred to the diffractometer; a collimator and beam stop are added to the slit assembly to provide a more accurate analysis (Fig. 4). Then the stage is rotated during data collection to maximize the redundancy of hkls collected. 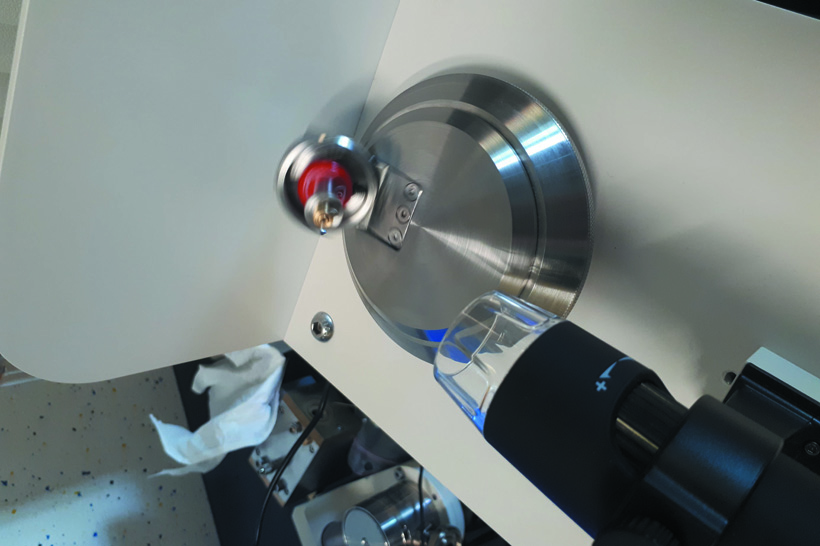 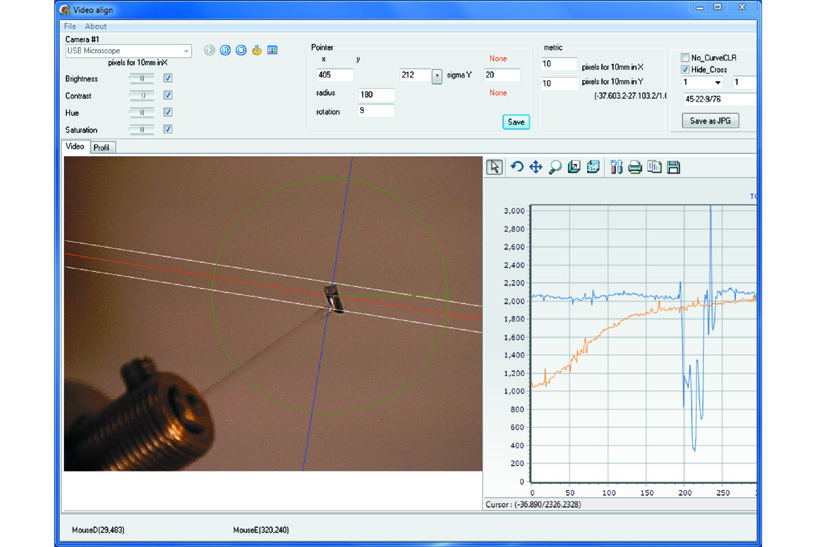 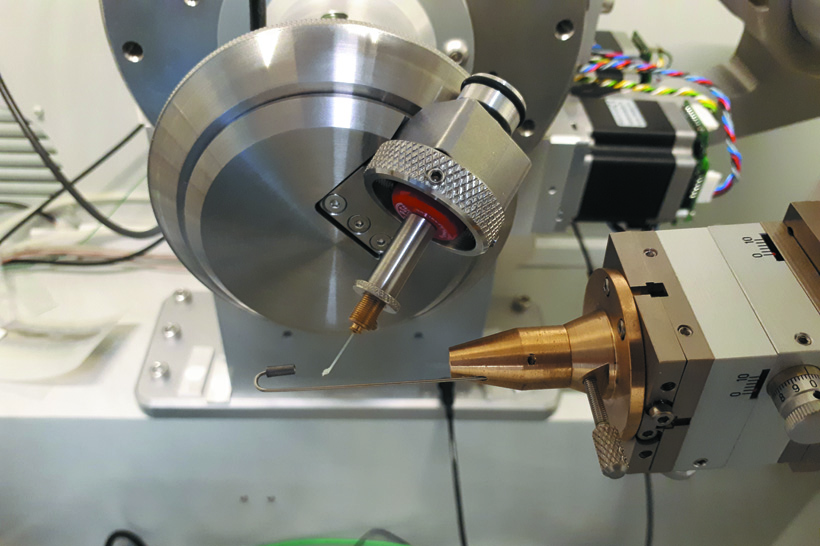 Figure 4: Gandolfi Stage (with crystal) assembly mounted on the diffractometer.

Two different experiments were carried out. The first was a non-destructive phase determination of an unknown gemstone using MDI JADE 2010. The second experiment is the structure solution of a single crystal of acetaminophen recrystallized from IPA using GSAS-II (Toby & Von Dreele, 2013). In each case, the crystal was mounted on a glass fiber (Fig. 5) centered and placed in the instrument. Data was collected for 5 minutes and 1 hour under Cu Kα radiation at 30 kV, 40 mA using a CPS 120 detector. 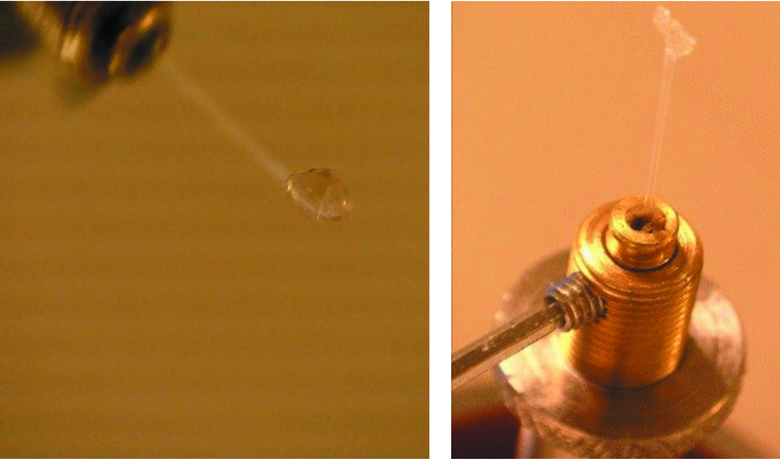 The collected intensities were imported into MDI JADE 2010 for phase identification, where they were analyzed in the range 17–104° 2θ. A search–match was performed using the American Mineralogist Crystal Structure Database (AMCSD) (Downs & Hall-Wallace, 2003), and the gemstone was identified as the mineral elbaite (Fig. 6). Elbaite is the most commonly used member of the tourmaline family in jewelry, ranging from dark purplish-red to colorless. After performing a whole pattern fitting Rietveld analysis, the fit had an R factor of 7.29 and a GooF value of 1.08 (Fig. 7). The skewed background is due, at least in part, to the large crystal size. 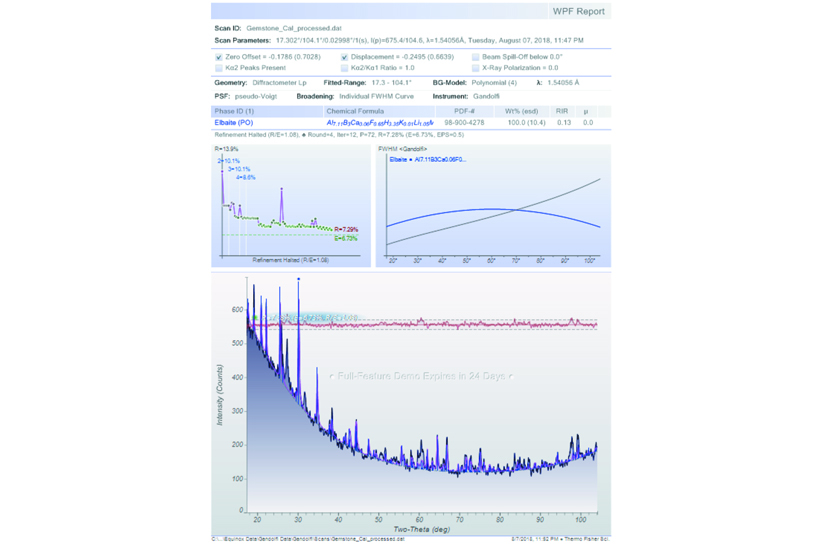 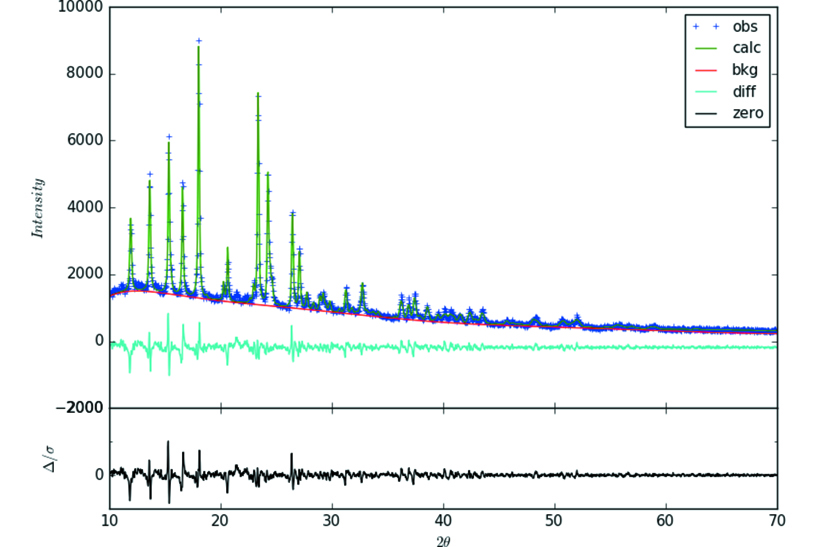 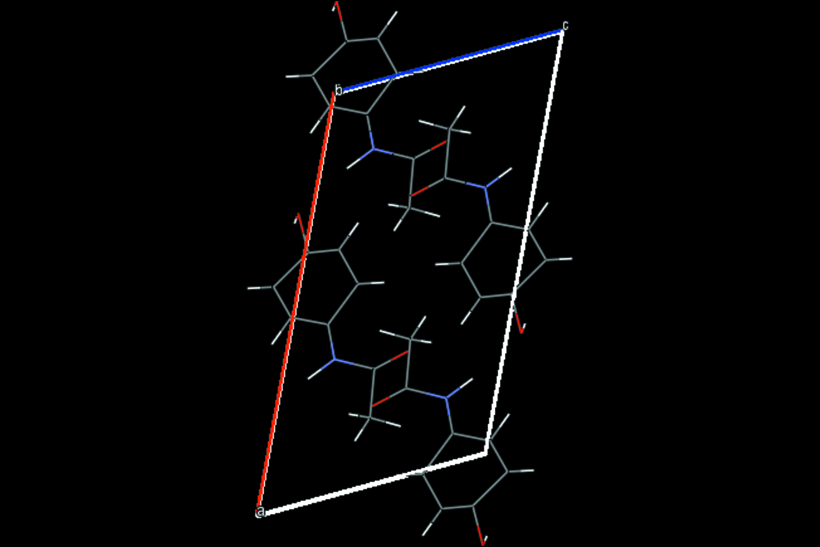 The Gandolfi Stage, developed for use in conventional powder diffractometers, enables the analysis of single-crystal or small-volume samples without the need of a dedicated single-crystal diffractometer. Combined with the speed and resolution of the ARL EQUINOX 5000, it allows for the analysis of single crystals or small clusters from phase identification through ab initio structure solutions and expands the capability of a single system to include routine analyses of a variety of sample types and quantities.

The author would like to express his thanks to Dr Henry Pilliere and Raphael Yerly for collecting the data on the provided samples used in this application note.