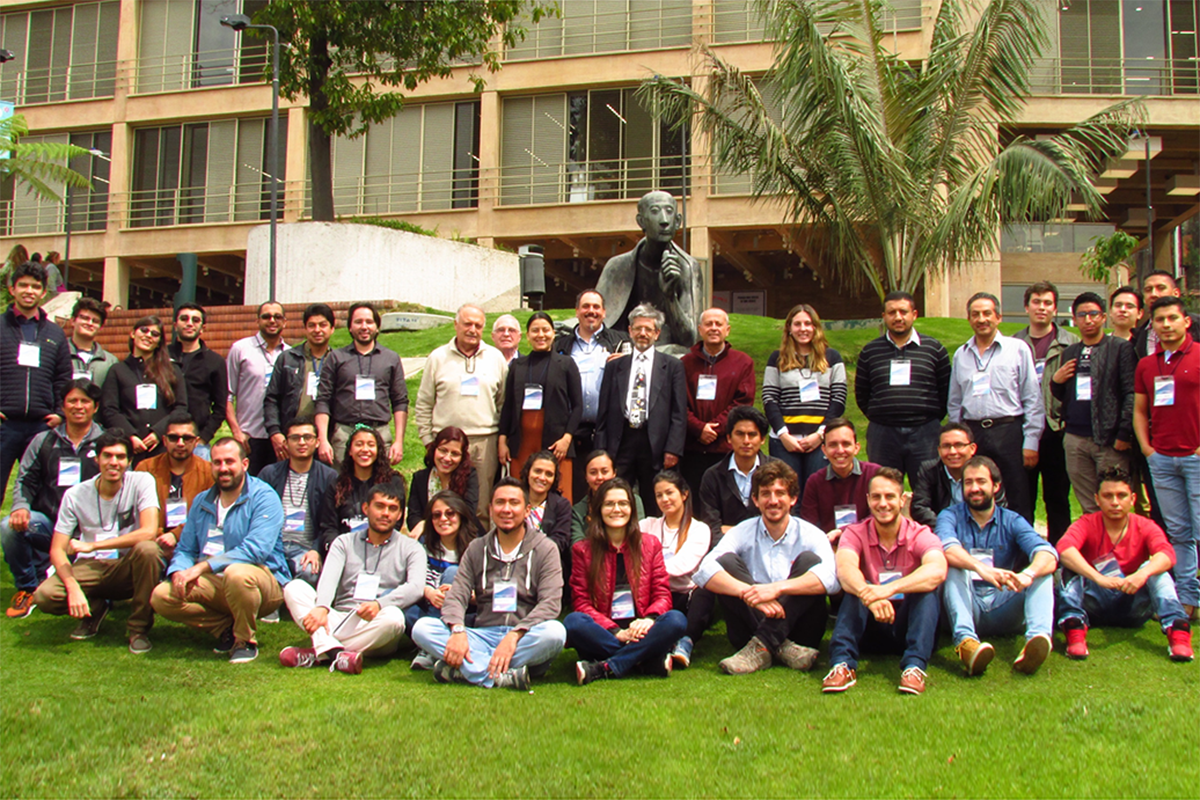 Participants at the ISFC2018 school in Bogotá, Colombia.

The sixth edition of the International School on Fundamental Crystallography (ISFC2018) was held at the Universidad de Los Andes, Bogotá, Colombia, from 26 November to 1 December 2018. The School was locally organized by Elizabeth Jimenéz, Mario Macías, Edgar Vargas, Wolfram Baumann and Andreas Reiber from the Department of Chemistry. The event was sponsored by the IUCr, Malvern-Panalytical, Facultad de Ciencias of Universidad de Los Andes and the Consejo Profesional de Química Colombia (CPQCOL).

The school was attended by 39 students from Argentina, Brazil, Colombia, Costa Rica, Ecuador, México, Perú, Switzerland and Uruguay with backgrounds in chemistry, physics, materials chemistry and biochemistry. The school was preceded by a preparatory session covering fundamental mathematics including matrix algebra and Fourier series led by Professor Leopoldo Suescun, which helped students to be prepared for the following sessions.

During the week, lectures were given by Massimo Nespolo (Université de Lorraine, France), Mois I. Aroyo (Universidad del País Vasco, Spain), Leopoldo Suescun (Universidad de la República, Uruguay) and Arbelio Penton Madrigal (Universidad de la Habana, Cuba). On the last day, Mike Glazer (University of Oxford and University of Warwick, UK) presented a workshop on the applications of group theory in the study of phase transitions. In general, the program covered the fundamentals of crystallography helping students to immerse themselves in the world of crystal lattices and structures, group theory, space groups, Fourier transforms, reciprocal space, diffraction equations and the use of the Bilbao Crystallographic Server to solve structural problems.

Students presented posters of their respective research projects with sessions devoted to the open discussion of the application of crystallography in their own research. During the closing ceremony, two poster prizes were awarded. The first place was granted to Bastien Francesco Grosso from ETH Zurich with the poster titled “Stabilization of a new antiferroelectric phase in oxide heterostructure with (La,Bi)FeO3” and the second place to Natasha Di Benedetto and Joaquin Grassi from Universidad de la República, Uruguay, for the poster titled “Synthesis and characterization of perovskite ceramics for catalysis and SOFC applications”. An anonymous evaluation form was given to the students. In response, comments were globally positive with a general impression considering the course as very intense.

The international organizing committee is actively working in the preparation of the next ISFC2020 in Latin America. Chile and Perú are strong candidates to host the School.

More information is available on the MaThCryst Commission website or the local portal for the ISFC2018. More pictures are available in the photo gallery on the IUCr website.