25th General Assembly and Congress of the International Union of Crystallography 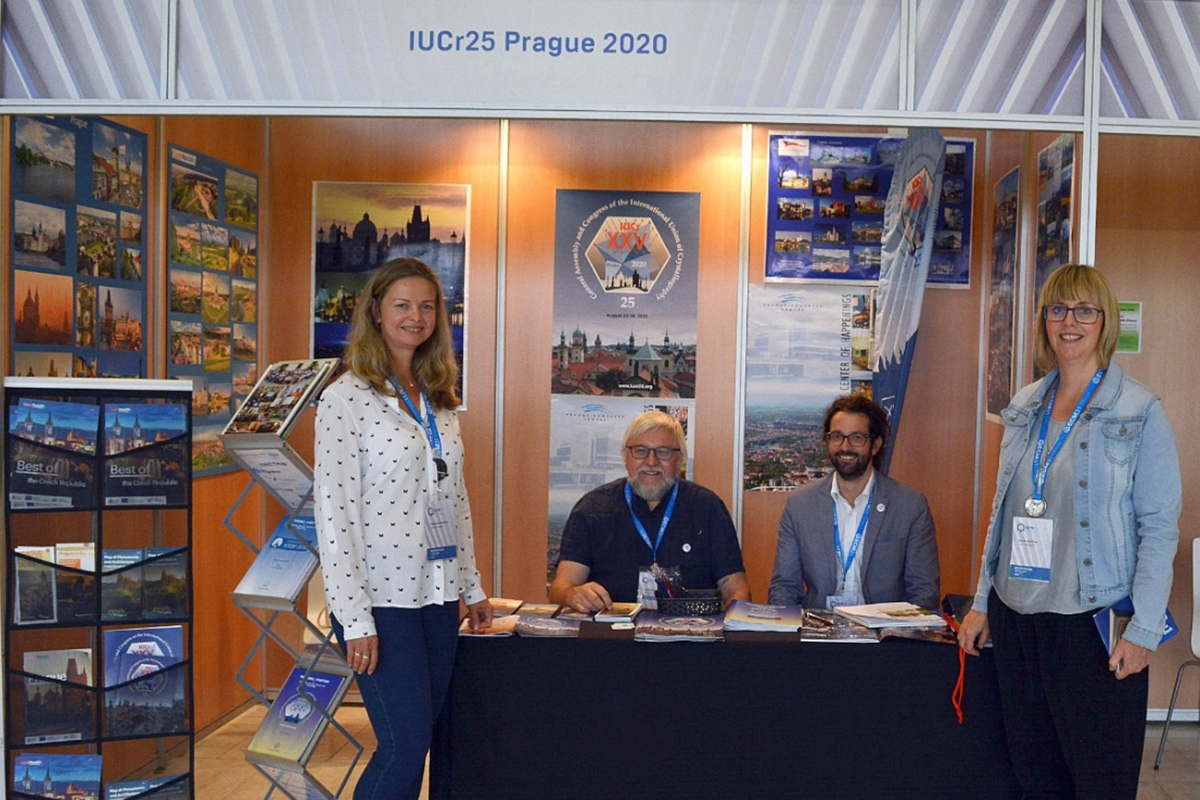 Modern crystallography is an interdisciplinary subject covering structural biology, pharmacy and chemistry as well as physics and materials science. It includes the study of protein structures and also the crystal structures and microstructures of minerals, new functional materials, nanoparticles, bulk materials, thin films etc. It is interested also in the relationship between the structure and function of materials. Development of instrumental techniques including large facilities – XFELs, synchrotrons and neutron sources – as well as continuous improvement of laboratory equipment allow the investigation of structural changes under extreme conditions such as high and low temperatures, high pressures, time-resolved studies, different in situ experiments in external fields (magnetic, electric) or chemical reactions. The core methods of modern crystallography are X-ray and neutron scattering, but in recent years electron diffraction and microscopy, NMR and different spectroscopies have become of increasing interest.

The 25th anniversary IUCr Congress will complete one era of these Congresses, which started in 1948.

The Congress programme is prepared by the International Programme Committee (IPC) representing mainly the IUCr Commissions, which are also the main focus of the Congress.

All the organisers and the IPC will do their best to set up an attractive programme covering the latest advances in crystallography and related sciences to attract both young and senior scientists as well as companies.

The IPC meeting will take place on 15-16 May 2019 in Prague and will be introduced by a one-day workshop entitled "Current Trends and Future of Crystallography". The decision to organise such a meeting came about for several reasons. This will be an anniversary congress and it is worthwhile creating some summary on this occasion. All the IUCr Commissions were asked to submit a text with highlights in their fields and possible considerations for the future. This will be presented in the workshop as short talks by Commission representatives in the IPC. This should also help the IPC members to understand crystallography in a broader sense and not just confine themselves to their own topics at the IPC meeting. 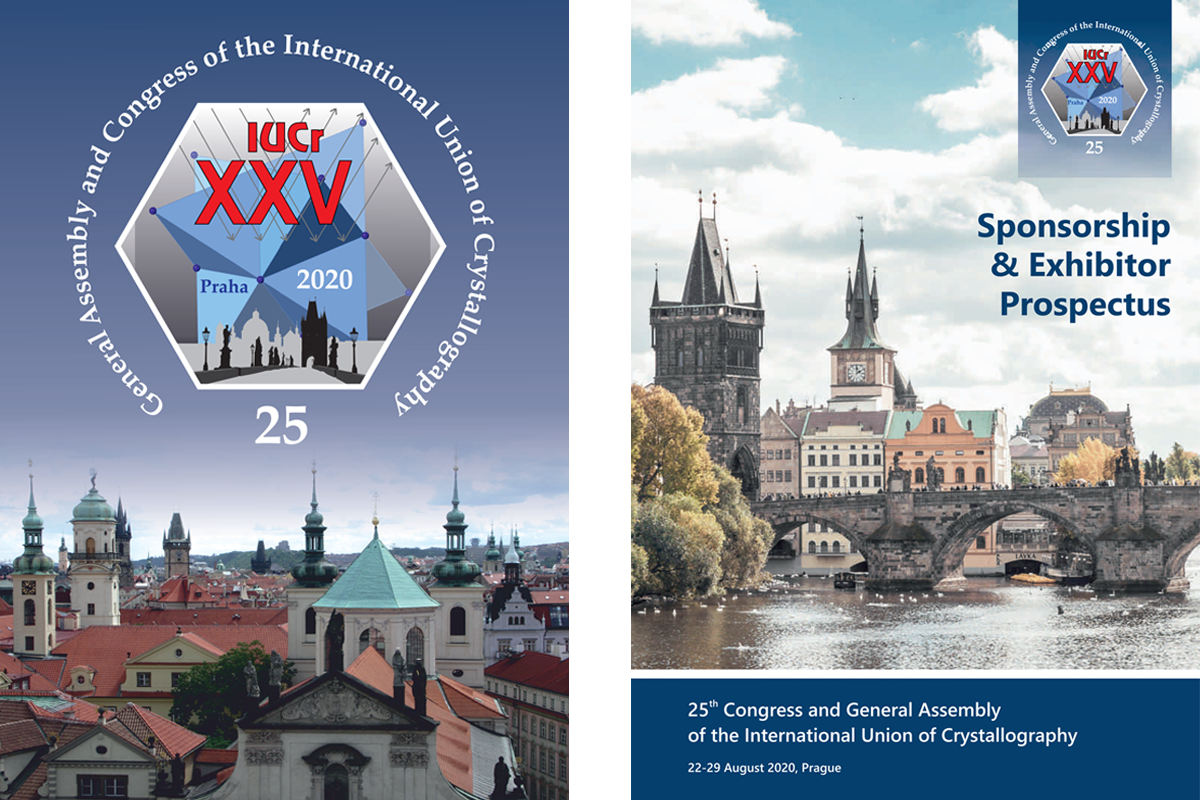 The main organiser of the Congress is the Czech and Slovak Crystallographic Association (CSCA). This association publishes its own crystallographic journal Materials Structure and organises annual meetings. The CSCA has organised several international conferences in the past. It began a series of Size-Strain meetings in 1995, and organised the European Crystallographic Meeting (ECM-18 in 1998, with 1200 participants), the European Powder Diffraction Conference (EPDIC-IX in 2004, 330 participants), XTOP - the X-ray topography and high-resolution conference (2004 in Prague, 2016 in Brno, 150 participants), Aperiodic 2015 (Prague, 130 participants) and the International Conference on Crystallization of Biological Macromolecules (ICCBM-16 in 2016, 200 participants). During these meetings, we succeeded in putting together an organising team of enthusiastic colleagues and volunteers, who now have invaluable experience. Because of its size, the Congress is being organised in close cooperation with PCO Auletris.

About Prague and the Prague Congress Centre

We are inviting crystallographers from all over the world to Prague, the capital of the Czech Republic and one of the principal European cities with a long history. Its original medieval monuments are attractive to visitors from any part of the world and its modern infrastructure makes it easily accessible and friendly. The Congress will take place in the modern and well-equipped Prague Congress Centre, which has already hosted several large congresses, the largest of which were the NATO Summit in 2002 (8000 participants), the Annual Meeting of the International Monetary Fund and World Bank Group (17,000 participants) and some international medical conferences. The Centre has five halls for 400-3000 people and 8 rooms with a capacity of about 100 people. The total number of meeting rooms is 50 and the exhibition space covers 13,000 m2. The conference centre is located within walking distance of the city centre and offers a magnificent view of the historical part of the city, including Prague Castle. 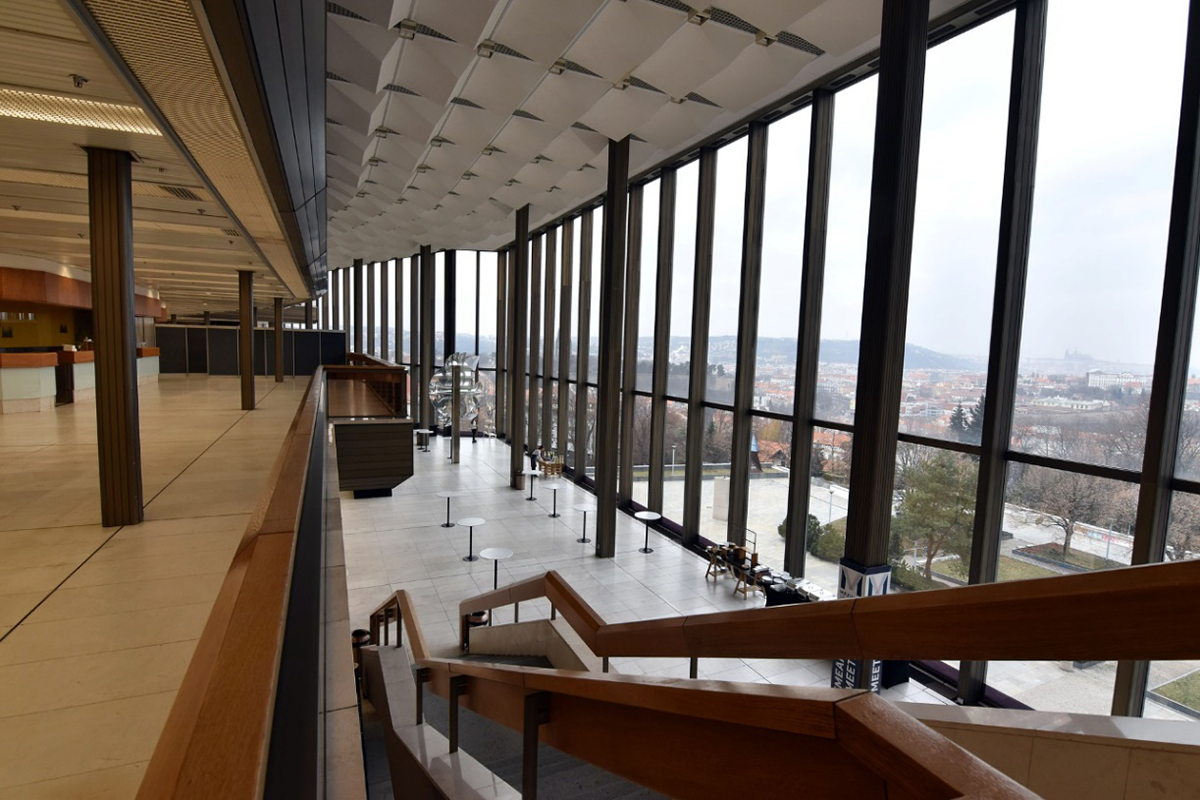 A view of the Prague Congress Centre showing the poster area on the left and the exhibition area looking over Prague on the right.

Prague has an accommodation capacity of about 100,000 visitors. There are almost 800 guest rooms in 4 or 5 star hotels in the immediate vicinity of the congress centre. Many other hotels and dormitories in all categories and prices from 20 to 200 EUR per day are easily accessible via public transport in less than 30 minutes. Our frequently running and comfortable Metro ensures very fast transport from any part of Prague.

Crystallography has a long and rich tradition in the region of the former Czechoslovakia. It was cultivated under the auspices of two principal Czech scientific organizations, Charles University (founded in 1348) and the Academy of Sciences (formerly the Academy of Sciences and Arts, founded in 1770). During his stay in Prague (1600-1612), the famous astronomer Johannes Kepler wrote a paper On hexagonal snowflakes. This work is the oldest written document of the new era of crystallography and deals with the outer symmetry seen in the morphology of crystals as a reflection of the inner symmetry of matter, without any idea about the nature of the building elements at that time. Ivan Puluj developed an X-ray emitting device in Prague as early as 1881, and it was in Prague that Friedrich Reinitzer discovered liquid crystals.

We look forward to welcoming you to Prague in 2020! 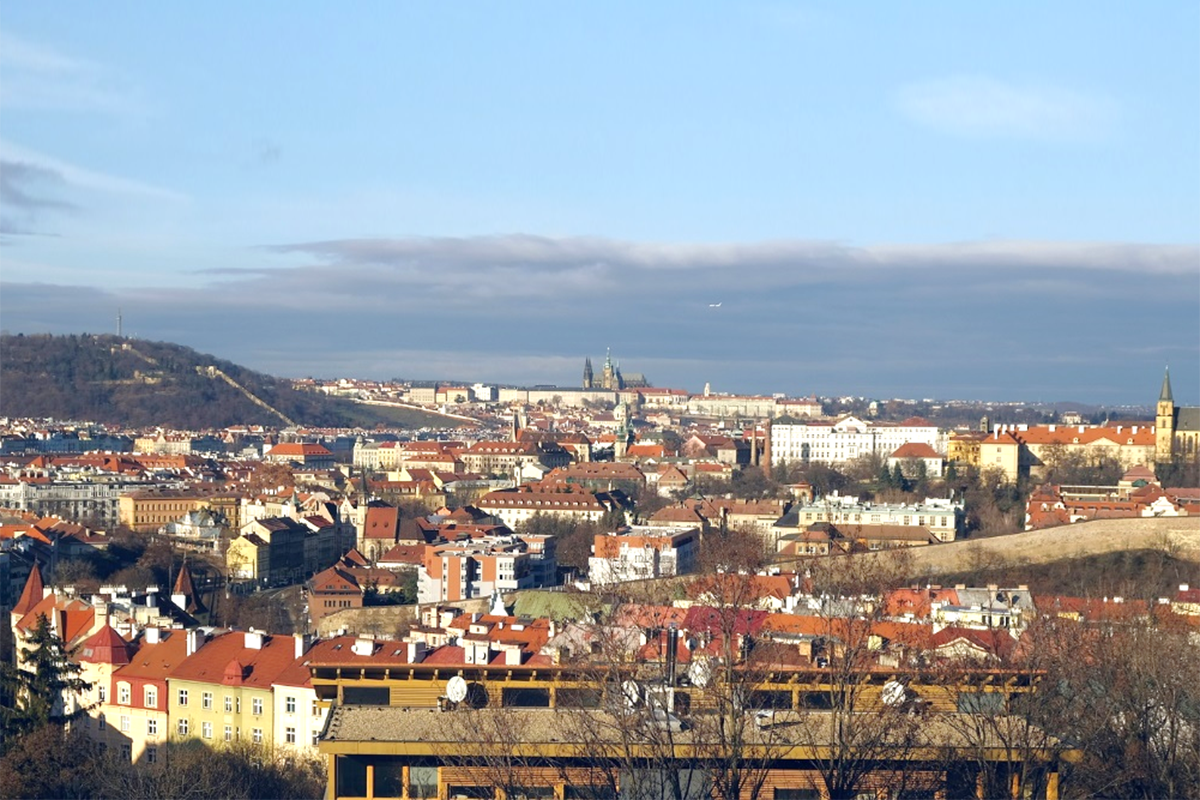 A view from the Prague Congress Centre.
12 February 2019