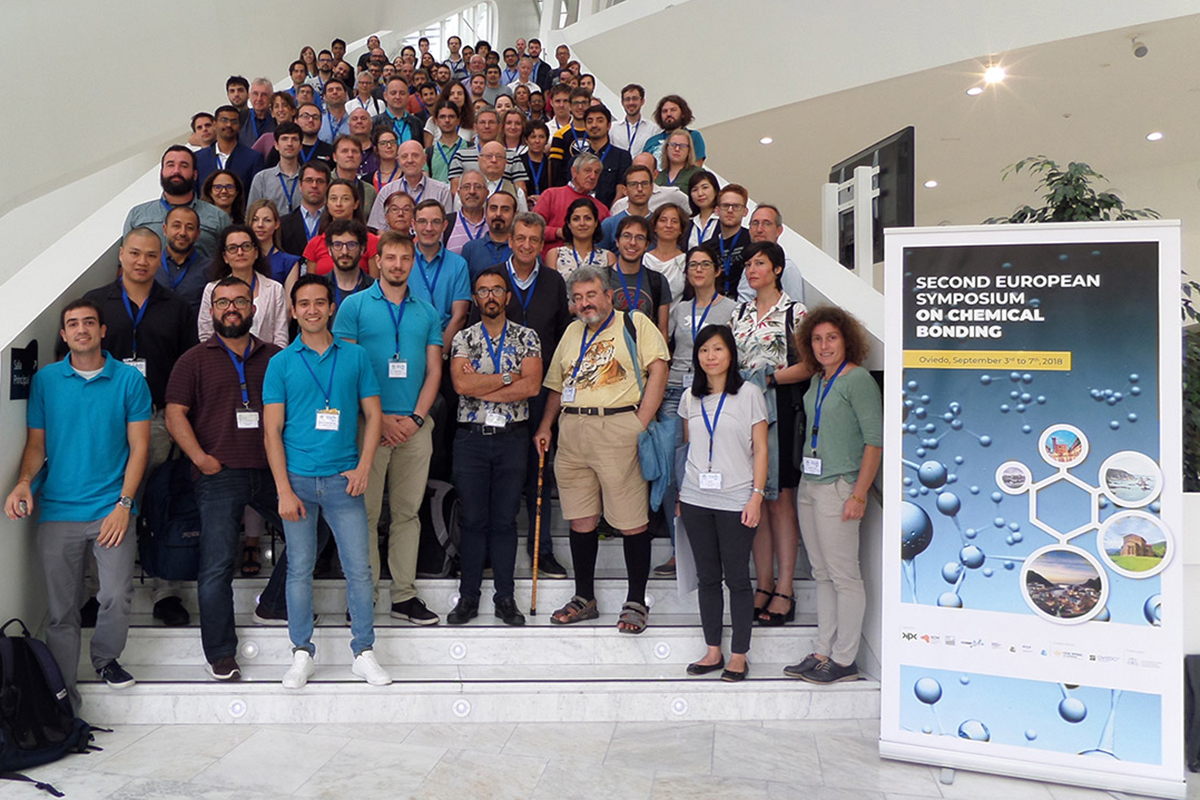 The 2nd European Symposium on Chemical Bonding (ESCB2) was held in Oviedo, Spain, from 3 to 7 September 2018 at the Conference Palace "Ciudad de Oviedo". It was preceded by a practical School on Quantum Chemical Topology (QCT), which took place in the Faculty of Chemistry of the University of Oviedo from 2 to 3 September.

Following the spirit of the ESCB1, which took place in Rouen, France, in 2016, the conference was devoted to showing new developments as well as relevant applications in the field of chemical bonding. Besides a set of invited lectures by leaders in the field, we gathered a considerable number of younger researchers, who offered shorter oral communications. The meeting was a satellite of the 31st European Crystallographic Meeting, which took place in Oviedo a week before.

We believe that the conference was a great success, gathering 118 people from all over the world, from Japan to the US, including India and most of the European countries. The school included 26 young students. Social activities included an excursion to the "Tito Bustillo" rock caves (World Heritage) followed by a traditional "espicha" get-together party, and a banquet dinner.

The nine plenary lecturers included Peter Gill, Paul Ayers, Alexander Boldyrev, Manuel Yáñez and Gernot Frenking. Three sessions with 10-minute flash presentations for young researchers were also included. Finally, a bond-slam session in which several aspects of energy partitions were openly discussed was conducted by Bernard Silvi; it will be repeated in the next edition. Around 100 posters were presented during the official poster session.

During the conference, the first meeting of the new European Chemical Bonding (ECB) society was held and its several committees elected. We hope that this initiative will help the chemical bonding community reach a minimum critical mass in the next few years that will foster cooperation and access to European funds.

We received financial support from the IUCr, which helped 10 young scientists to attend. In addition, we were able to raise funds from several local organizations and companies, including SCM and the Royal Society of Chemistry, that funded three poster prizes to young poster presenters.