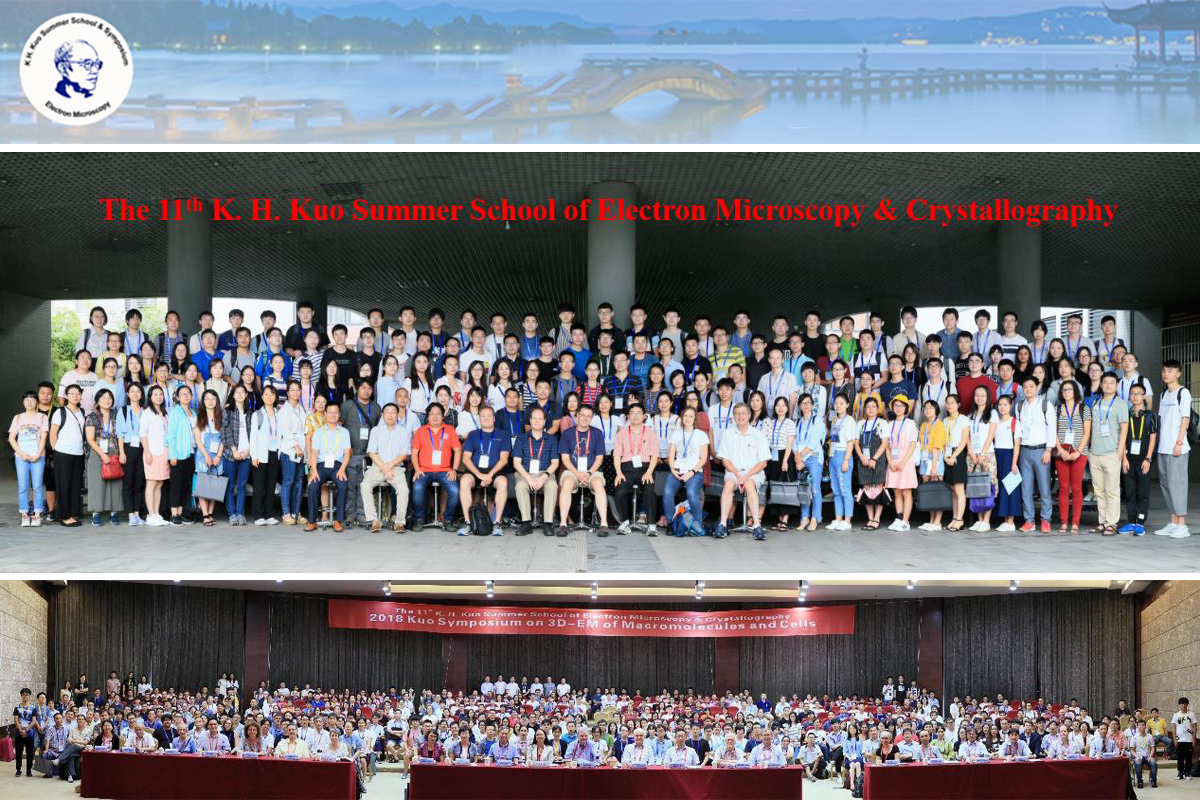 The 2018 Kuo Symposium on 3D-EM of Macromolecules and Cells and the 11th K. H. Kuo Summer School of Electron Microscopy & Crystallography was held at Zhejiang University, Hangzhou, China, from 24 to 29 August 2018. The University houses a newly established state-of-the-art cryo-electron microscopy (cryo-EM) facility for structural studies of macromolecules and cells.

The summer school covered practical sessions of single-particle cryo-EM, electron tomography (ET) and hands-on experience in image-processing programs. Both basic principles of these techniques and their latest applications to biological systems was taught at the school. The IUCr supported the attendance of nine young scientists (four from China, two from Germany and three from Japan).

The symposium invited 40 leading scientists to share their latest research, including Prof. Joachim Frank, who won the 2017 Nobel Prize in Chemistry. Almost 400 students/scientists attended the symposium. The major topics were advances in cryo-EM sample preparation and data acquisition, cryo-EM image analysis and reconstruction, cryo-ET and in situ structural biology, and correlative and hybrid methods for cellular structural analysis.

The cryo-EM meeting and workshop series is named after K. H. Kuo (1923–2006), a prominent Chinese scientist who is among the pioneers who discovered several types of quasicrystals in the 1980s. Dr Kuo was also an important educator and mentor who had fostered a generation of electron microscopists in China, Asia and across the world. Since 2008, the Kuo Summer School of Electron Microscopy has provided numerous opportunities for a new generation of scientists to learn the technique of cryo-EM through close interactions with many leading scientists in the field during the workshop and symposium.