The IUCr Online Dictionary of Crystallography 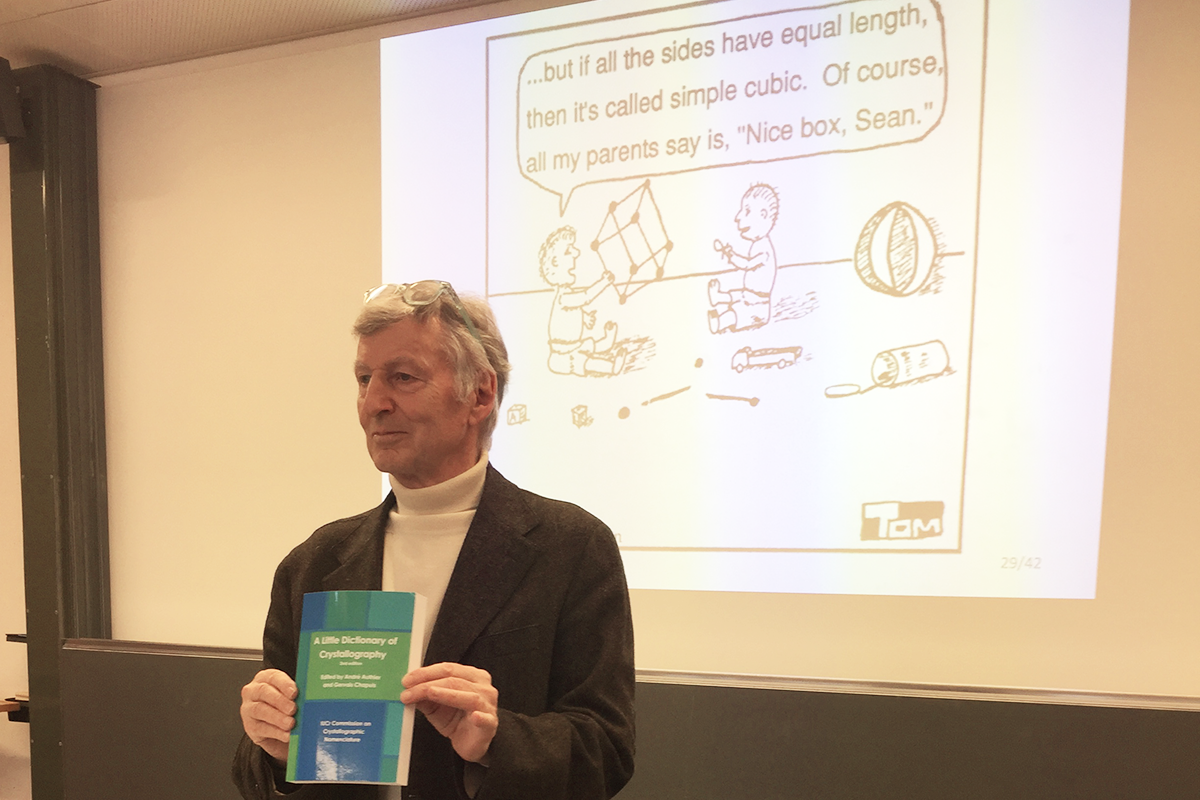 Gervais Chapuis advertising the print version of the Online Dictionary in a lecture on crystallography at the EPFL.

The main purpose of the IUCr Online Dictionary of Crystallography (ODC) is to give the most appropriate definitions of crystallographic terms and concepts that are found in the scientific literature. The Dictionary is maintained as a wiki, i.e. a website where individuals can create, modify and improve the content of the website directly from the browser. From the beginning it was important for the IUCr to ensure that the definitions listed in the ODC are in line with those used throughout the IUCr publications and in particular, the International Tables for Crystallography.

With this objective in mind, the ODC was conceived in 2005 by Professor A. Authier, head of the IUCr Commission on Crystallographic Nomenclature at the time, and placed under his direction. The aim was to ensure that the contributing authors are bona fide crystallographers with sufficient expertise to contribute to the ODC.

Currently, the number of definitions amounts to 307 (early 2019) covering a broad spectrum of topics including basic definitions concerning crystals and crystalline structures, symmetry, diffraction, diffraction methods, twinning and more. There are, however, a number of domains for which more definitions are needed. For example, the field of powder diffraction is under represented. Active fields subject to new developments, e.g. synchrotron radiation, diffuse scattering, X-ray spectroscopy and electron diffraction, need to be better covered!

The advantage of the wiki is that definitions can always be improved or changed depending on new discoveries or publications related to a specific topic. In addition, different authors can have different points of view on the same definition and here the arbitration of the Commission on Nomenclature can play a role. For example, a recurring point of discussion concerns the definition of a crystal. The classical definition of a crystal i.e. ‘a periodic array of atoms or group of atoms packed along the three space dimensions’ was accepted for nearly a century. In the 1980s, however, the discovery of aperiodic crystals (including the Nobel Prize winning discovery of quasicrystals by Dan Shechtman) resulted in a paradigm shift and required a generalization of the definition. The currently admitted definition of a crystal is that of ‘a material which exhibits essentially a sharp diffraction pattern’. Not everyone seems to be happy with this definition because a diffraction experiment has to be done on the sample before it can be declared a crystal! Could we perhaps define a crystal as a material with long-range order? As mathematicians have shown (Grimm, 2015), the problem with this proposal is that the concept of long-range order can only be dealt with by applying an autocorrelation function on some image - a request that is most probably no easier to obtain than a diffraction pattern! The example of the crystal definition is by no means an exception. The definition of “Miller indices” has also evolved lately owing to recent studies on the subject.

Another problem term is "polymorph" (or "polymorphism"). While there is agreement among experts that polymorphs must have the same composition, there is disagreement about how different the structures must be. One group of crystallographers believes that a different cell means a different polymorph. Another group would exclude pairs of structures that are related by a T- or P-driven phase transition during which the crystal remains single. At the time of writing, the definition in the ODC is sufficiently general to encompass both viewpoints.

The printed version of the ODC 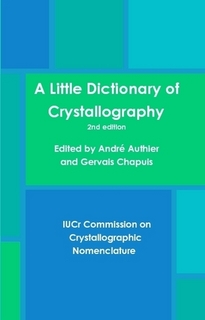 It is now possible to obtain at a very modest price a pocket-size paper edition of the ODC, published by the IUCr. This edition gives the list of all crystallographic definitions at the time of the printing. It can be obtained here.

We would like to use the opportunity offered by this Newsletter to persuade potential authors to increase the number of definitions covered by the ODC. They should not refrain from proposing new definitions even if they feel they are not authorities in the field. The basic principle of a wiki will play its role as other authors will make amendments, improve the definitions or even start a public discussion in the forum associated with the wiki. Such a procedure can only make the ODC more attractive to a larger base of users.

The procedure for new authors is very straightforward. You simply go to the main page of the ODC and create a personal account in order to create new definitions. You have to of course identify yourself by a recognizable name, in the form FirstnameName. The second step is to send an email to the Editor-in-Chief in order to be given ‘author’ permissions within the ODC system. It is of course highly recommended that authors are also registered in the World Directory of Crystallographers.

Once you are ready to create or upload a new definition, just add the new terms as headwords in the alphabetical list under the corresponding capital letter in the main page. The system will create a new page named according to the headword; you may then edit this newly created page to introduce the definition of the new term. The wiki editor is quite powerful. Equations can be introduced in Latex format in the form <math>latex equation</math>, figures can also be included. All the editing tools to create URL links or refer to other articles in the ODC can be easily accessed. The best way to start editing would be to get inspiration from already existing definitions.

More specific instructions for authors, a lightweight style guide and a sandbox for experimentation can be found here.