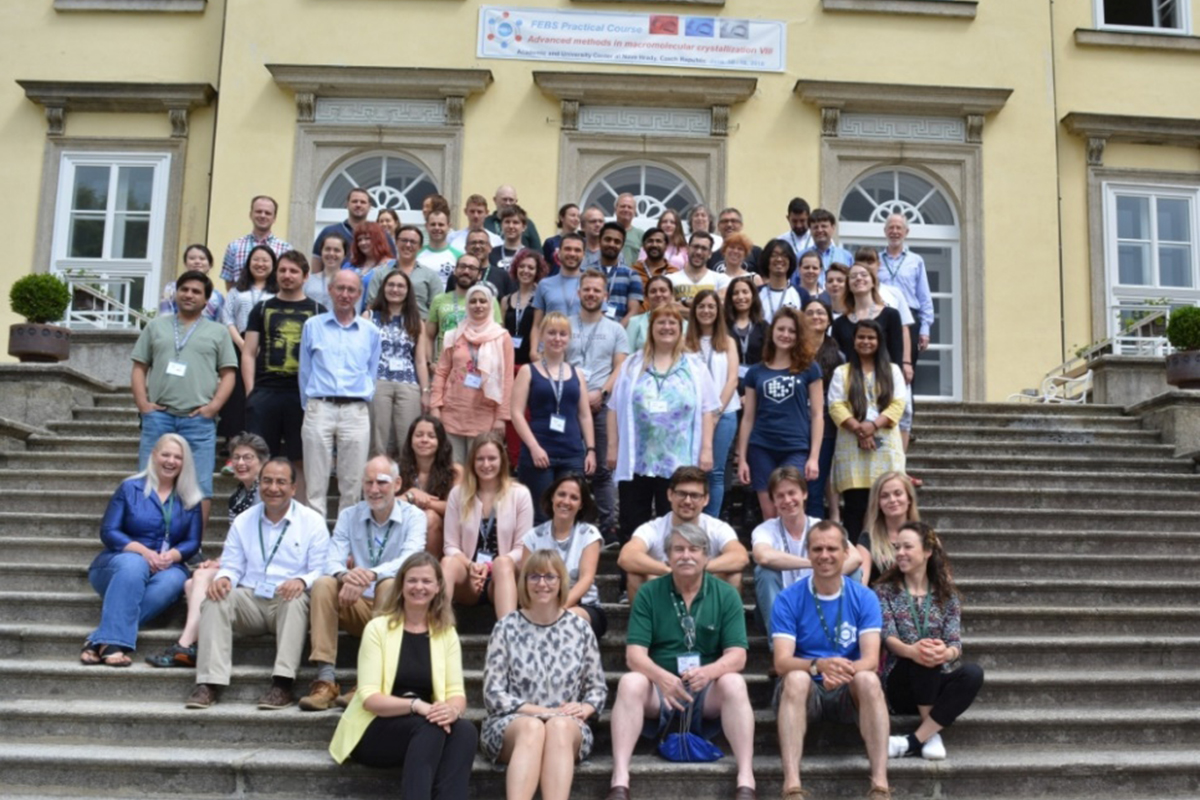 Group photo in front of the course venue.

The FEBS practical crystallization course "Advanced methods in macromolecular crystallization VIII” was held from 10 to 16 June 2018 and attended by 38 participants from European laboratories and 30 outstanding lecturers and tutors from Europe and North America. This course is becoming a tradition: it has been organized biennially since 2004 at the Academic and University Center in Nove Hrady, a small town in the southern part of the Czech Republic, a few kilometers from the Austrian border. The venue is a historical and stylish chateau surrounded by parkland and housing many lecture halls, festive poster halls and laboratories, which provide a unique opportunity to organize all of the course activities such as lectures, discussions, lab exercises, the social program and accommodation under one roof. 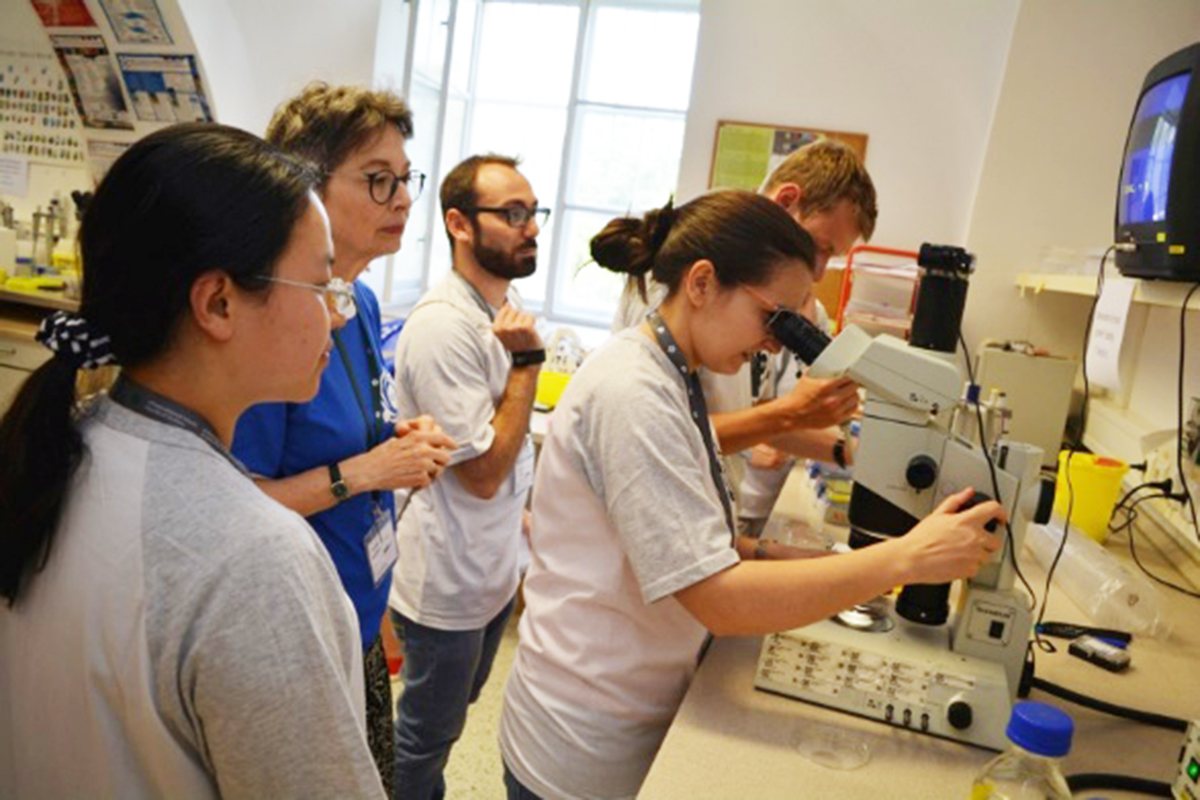 In the lab: seeding experiments under the supervision of Terese Bergfors.

The course was organized by Ivana Kuta Smatanova (University of South Bohemia) and Pavlina Rezacova (Czech Academy of Sciences) under the main sponsorship of the Federation of European Biochemical Societies (FEBS). Participants, mostly students and postdocs, were introduced not only to the theory but also to the practical aspects of standard and advanced methods of protein crystallization: morning lectures were supplemented by afternoon practical sessions. The majority of the students performed experiments on their own proteins. Evenings were filled with discussions, poster sessions and networking. Three poster prizes were awarded, the IUCr Journals Poster Prize being awarded to Michal Busa (Institute of Organic Chemistry and Biochemistry, Prague, Czech Republic). 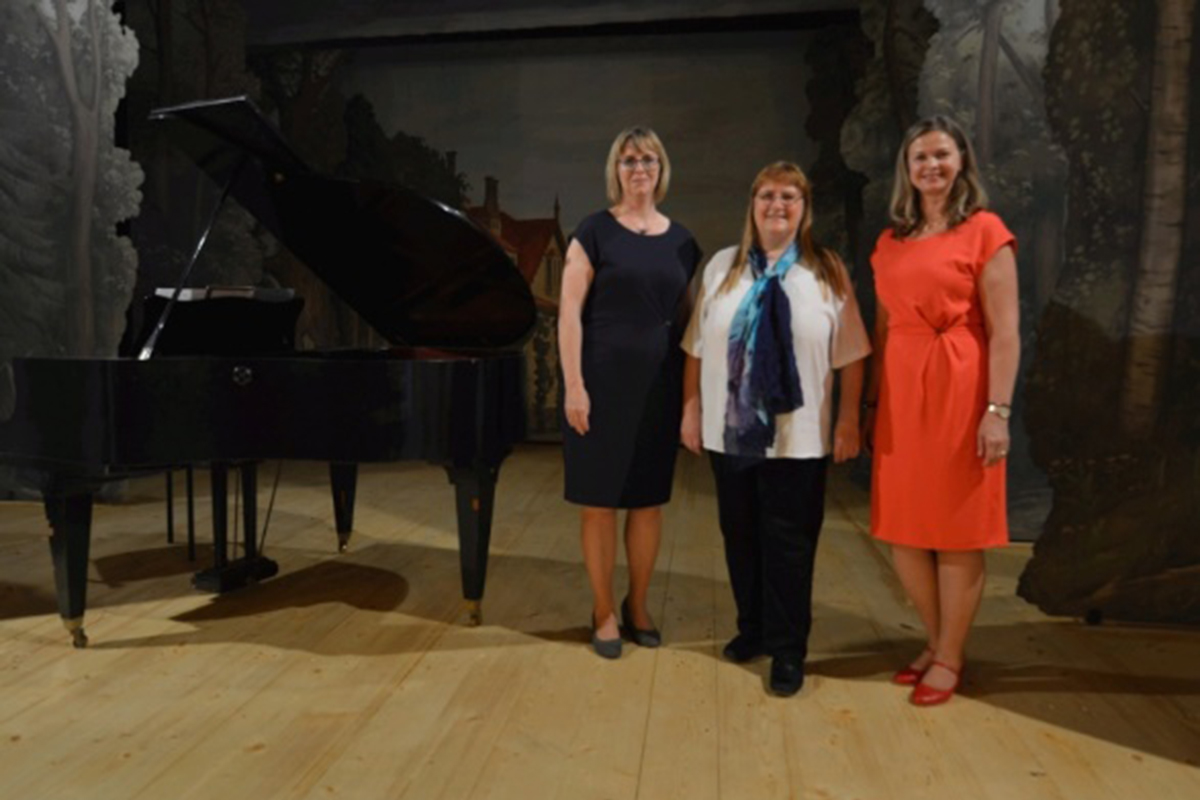 Based on the feedback, the majority of the participants were very satisfied. The course was very successful for four students who were able to find initial crystallization conditions and grew crystals during the practical sessions. Five months after the course, the organizers received great news: diffraction data had been taken from one of the crystals grown during the course and the structure solved and refined to a resolution of 2.5 Å!