A school on Electron Crystallography, organized by J. Steeds, Chairman of the IUCr Commission on Electron Diffraction (CED) was held at the Universities of Bristol and Bath, July 11-15, 1994. All lectures and practical sessions took place at the H. H. Wills Physics Lab. in Bristol, whereas computing sessions were split between Bristol and Bath.

In the lecture series, considerable attention was paid to the multiple beam dynamical scattering of electrons from crystalline slabs, primarily via the Bloch wave formulation. This background was presented by D. M. Bird (Bath) and C. Humphreys (Cambridge) with a later lecture on the importance of inelastic scattering and absorption presented by R. James (Bath). The importance of this theoretical background for the interpretation of high-resolution electron micrographs was considered by D. Van Dyck (Antwerp) and the description of coherent diffraction from small nanoprobes given by J. C. H. Spence (Arizona). Prospects for very high-resolution electron holography were given by H. Lichte (Tübingen) and demonstrated later in a laboratory session. Computer simulations of dynamical scattering effects were carried out under the direction of P. Stadelmann (Lausanne) in Bristol and by local research workers in electron diffraction at the University of Bath.

Emphasis of dynamical scattering from thin crystals was very important for the understanding of convergent beam electron diffraction, a technique that has become very useful in recent years for the unequivocal determination of crystal point group symmetry. In fact, this constructive use of dynamical scattering data leads to information ordinarily not available to X-ray crystallographers. Since much of the development of this technique has taken place at the University of Bristol, lectures by J. W. Steeds, R. Vincent, and D. Cherns were very informative for depiction and interpretation of these patterns, followed by laboratory sessions demonstrating how these patterns can be obtained and how the symmetry information is derived from them. In these sessions, the use of energy filtration to minimize the blurring of the desired elastic dynamical signal was also demonstrated. Quantitative aspects of convergent beam diffraction were discussed by D. Bird, who showed how such patterns can be used to derive accurate magnitudes and phases for low-order structure factors and thereby meaure the bonding charge distribution within crystals.

The other focus of the summer school dealt with the minimization of dynamical scattering perturbations so that ab initio structure determinations could be carried out. 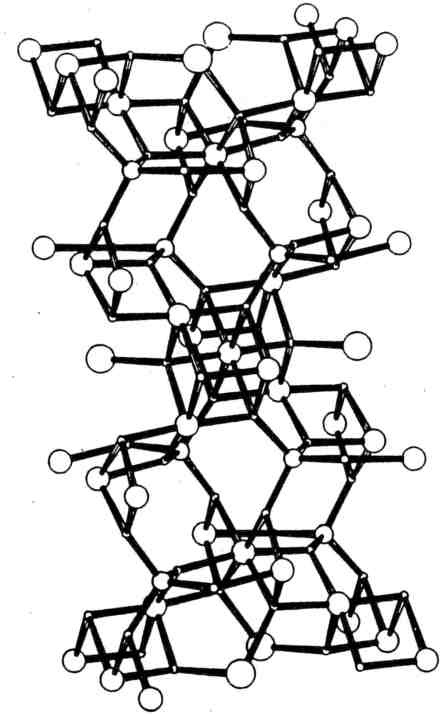 R. Vincent described how data from higher order Laue zone (HOLZ) reflections can correspond adequately to the kinematical limit to permit ab initio analyses to be carried out. In his talk, he described how Patterson techniques applied to diffraction from localized Bloch states have been successful for the determination of alloy polymorph structures and how averaging of the HOLZ signal by beam rocking techniques can lead to an improved and extended intensity data set. Along suitable axes, it was possible to infer the projected positions of at least the heavier atoms in a moderately complicated inorganic structure using Fourier difference and Patterson maps based on HOLZ data. The early Russian experience in using intensity data from disordered crystal arrays was then described by B. B. Zvyagin (Moscow), illustrating how such data had been useful for the analysis of layer silicate structures, for example. D.L. Dorset (Buffalo, NY) showed how ab initio phasing techniques, by themselves or coupled with phase information from high-resolution images, could be useful for determination of organic and some inorganic structures. The effect of dynamical scattering on phase determination and structure refinement was also discussed. These considerations were expanded by J. R. Fryer (Glasgow), particularly in the use of maximum entropy procedures for determination of small organic and protein structures. Emphasis was also placed on the preparation of suitable specimens for such diffraction studies. F. H. Li (Beijing) showed how image deconvolution techniques developed in her lab could be used to find a useful phase set from a high-resolution micrograph and how these could be expanded to atomic resolution via the Sayre equation. The well-established technique of using high-resolution electron microscopy to determine the structure of two-dimensional protein crystals was then treated by R. Henderson (Cambridge), based on his own pioneering work on bacteriorhodopsin. Analysis of amorphous substances was described by D. J. H. Cockayne (Sydney) and the structural aspects of modulated structures and quasicrystals were discussed by M. Tanaka (Sendai, Japan). Relevant problem sessions in this area considered the actual process of direct phase determination for a simple organic structure and also the procedures for image analysis. 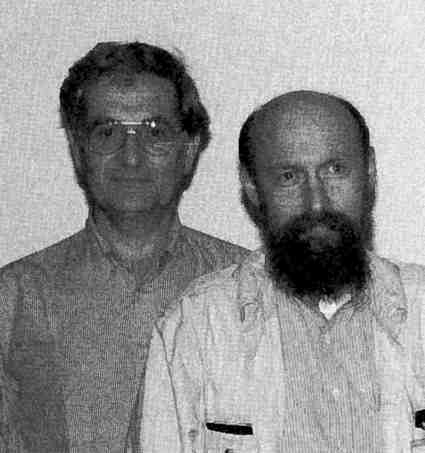 A general discussion was held to determine how dynamical scattering effects are both useful and limiting for the derivation of structural information. It is generally agreed that the experimental conditions nowadays can be manipulated so that such effects are either emphasized or minimized, depending on how important such multiple scattering is for the ensuing analysis. At least for structures with moderately heavy atoms, it is also seen that ab initio structure determinations can be carried out from observed data in order to derive a useful model of the crystal structure.

In summary, it is felt that this summer school was effective in presenting the state-of-the-art of electron crystallography, both from experimental and practical sides. The organizers are grateful to the IUCr, Hitachi, Philips, JEOL, Zeiss, and VG for financial support.