Perspectives on Synchrotron Radiation and Crystallography 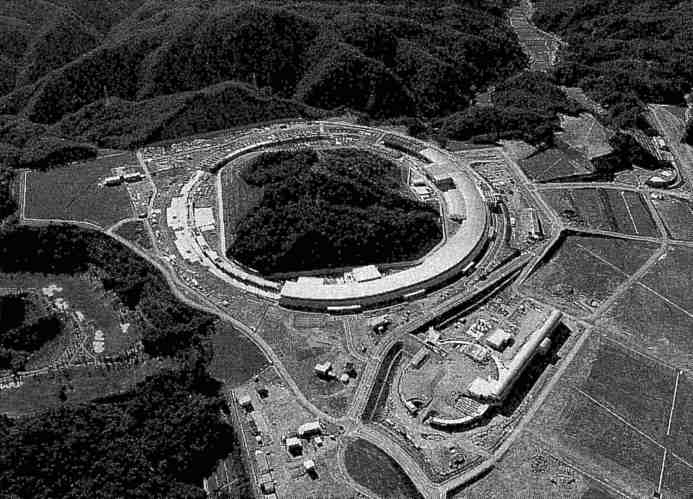 Fig.1 Aerial view of the European Synchrotron Radiation Facility (ESRF) in Grenoble. (Photo courtesy of the ESRF, taken by ARTECHNIQUE)

At the moment we are witnessing the construction and build up of a group of high brilliance SR machines, dedicated to the production and harnessing of specially tailored beams of X-rays of unprecedented collimation, flux, and spectral range. The first of these to come on-line is the 6 GeV European Synchrotron Radiation Facility (ESRF) in Grenoble, France. This is a collaborative venture of twelve European countries, whose success as an operational facility has been marked recently by a formal Inauguration Ceremony on September 30th 1 1994. An idea of the scale of this venture can be had from Fig. 1 which shows an aerial view of the ESRF dominating the Grenoble scene. 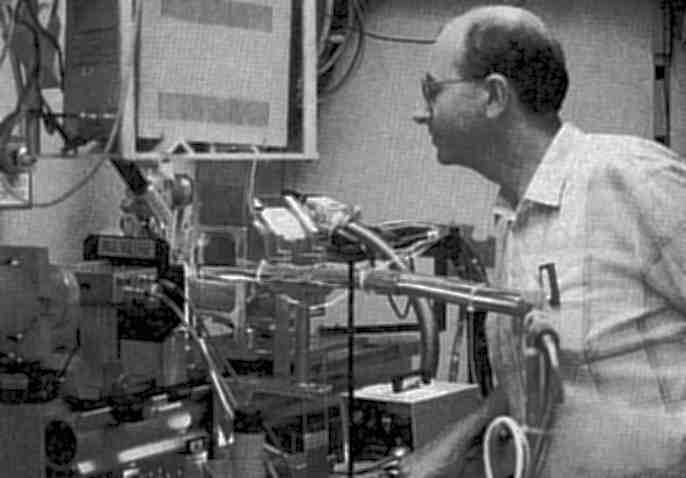 Fig. 2 The inside of the CHESS station A1 hutch, including the Princeton 1k CCD detector system, and the author during his recent stay at Cornell University. (Courtesy Steven Ealick and Rick Walter)

The ring is 844 meters in circumference comprising 64 bending magnets and 29 straight sections. These straight sections allow the incorporation of particular insertion devices (ID's). The ID's are used to especially optimize features of the brilliance in the case of undulators or flux and spectral range in the case of multipole wigglers. In the USA the 7 GeV Advanced Photon Source (APS) and in Japan the 8 GeV Super Photon Ring (SPRING8) projects are accelerating quickly. Magnets have now been installed in the APS ring tunnel and commissioning with beam will take place in early 1995. This machine will be 1.4 km in circumference. Big science? Yes. But it is big science for all. Each of these experimental facilities can serve 2000 and more scientific visitors per year. A feeling of the power available for use by the experimenter can be seen by the view of the white synchrotron X-ray beam passing through air in a hutch at the ESRF (cover photo). In machines like the ESRF, this beam emanates from a tiny electron source and is exceptionally well collimated, as well as having a high flux and broad spectral capability extending into the high photon energy range. It is especially suited, for example, for working with smaller crystals, larger unit cells, and finer time resolutions. Obviously many experiments do not need such performance, and so the existing and planned machines can retain a secure future. Indeed such is the over demand for SR beam time on many instruments that the field can support a growth in the number and type of machines. 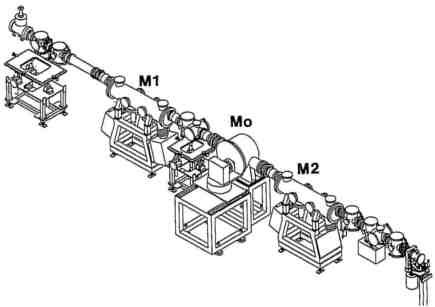 The harnessing of SR beams has required special developments in beamline and detector instrumentation. A common problem for all fields, as well as for crystallography, has been the high heat loads that new source developments have introduced. These are reaching the level of 10 kz from multipole wigglers and hundreds of watts per mm2 from undulators. It is very challenging to guide an appropriately monochromatized beam to a crystal sample 50 meters from the source point, with the collimation preserved, and achieve a fine focus with a stability over the full course of an experimental run. The layout of the Multiple Anomalous Dispersion (MAD) beamline (BL19) for macromolecular crystallography at the ESRF in Grenoble, under construction by A. Thompson and colleagues, is illustrated in Fig. 3. It includes a rapidly tunable monochromator needed for collecting the required multiple wavelength data sets around an absorption edge of interest. There is also a collimating mirror upstream of the monochromator to sharpen up the spectral resolution and a focusing mirror downstream to produce a beam of cross sectional area matched to a typical sample cross section. This is done whilst simultaneously preserving the collimation so as to utilize the intrinsic perfection (mosaicity) of the crystal sample. The quality of X-ray reflecting mirrors has gradually improved over the years. Manufacturers are able now to supply mirrors of a meter in length, with a smoothness at the few Angstroms level and with slope errors of better than an arc-second. These allow use of finer glancing angles. Hence, a lower proportion of the beam energy is absorbed in the mirror, which is important for preserving the quality of the reflecting surface. However, in higher heat load situations more radical tactics are required. One approach being used in the case of silicon involves the use of liquid nitrogen temperatures, where the thermal expansion goes through a zero point around this temperature. The undulator beamline 4 on ESRF of P. Bosecke and B. Rasmussen is an example where such an approach has been utilized, and which is now open to users from the virus and protein crystallography communities. Alternatives to liquid nitrogen include use of fast recirculating water streams or liquid gallium. Samples, of course, are also potentially vulnerable to thermal and radiation damage. However, in recent years there has been something of a revolution in the mounting of protein crystals. whereby they are rapidly frozen in a liquid nitrogen gas stream. The enhanced stability of a sample greatly facilitates longer exposures for higher resolution data or the recording of multiple wavelength data for phasing. 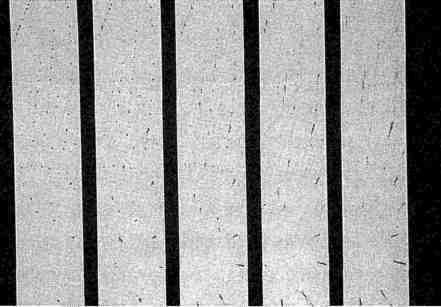 Fig. 4 A time-sliced CCD Laue diffraction pattern recorded from a protein crystal on station 9.5 of the Daresbury SRS. (Photo courtesy of J. Helliwell)

The detection of SR diffraction patterns is the subject of a great deal of technical development. Especially demanding requirements have come from protein and virus crystallography where  there is a large number of sharp, closely spaced spots of wide range in intensity and forwhich a large proportion are fairly weak. The detector quantum efficiency (DQE), geometric aperture, number of resolution elements, spatial uniformity, and count rate capacity are some of the parameters which tax the performance of any given technology or detecting medium. This performance has to be coupled with reliability over long periods, and in sometimes difficult operating regimes. User convenience is a major aspect too. It is here, for example, that the manning of an experiment can be considerably assisted. The days of using photographic films in bulk represents one extreme that we are pleased to leave behind us. Also, the duty cycle (i.e., in this context the dead time between the exposure and seeing the film on the light box) was very slow. With image plates and readers this duty cycle has improved to the few minutes range. More recently, with the advent of charge coupled diode (CCD) detectors, this has reduced further into the seconds range, and with the additional benefit of a greater sensitivity to weak signals than with the imaging plate. Of course a truly instantaneous pattern can be derived from a multiwire proportional chamber (MWPC), and this is without any inherent detector noise. The advantages of the CCD, however, come from its capability to image diffraction patterns in the short wavelength range (less than 1 Å), whilst matching closely the DQE of the MWPC, the aperture of the image plate (by tiling several devices together) and giving a fast duty cycle. The CCD is a versatile and high performance type of detector. 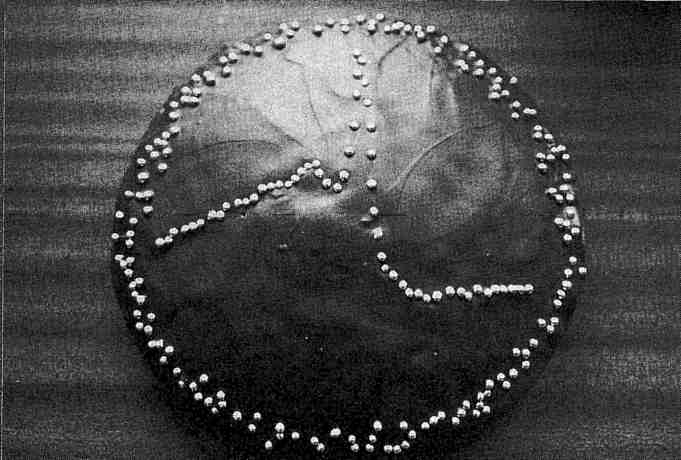 Fig. 5 Fluorescence spectrum recorded from a single crystal of seleno porphobilinogen deaminase on station 9.5 of the SRS, Daresbury. In collaboration with A. Hadener, Basle. (Photo courtesy of J. Helliwell)

Applications of SR in macromolecular crystallography are now very widespread (Ref. 2), and to a large extent procedures have become routine. Indeed beamlines are compared now for their productivity, especially in yielding papers which are published in the highest impact journals (see Ref. 3). However, technical developments are still ongoing. Several examples can be given. I will make a somewhat personal selection, mainly as a result of work at Daresbury on the SRS, and also at Cornell and the University of Chicago during my recent sabbaticals there. First, the impact of a multipole wiggler with a CCD detector and sample freezing are being seen by the users of the Cornell High Energy Synchrotron Source (CHESS). We have used this setup too for much higher resolution data collection (Fig. 2), and where the quality of data is also improving in terms of largely eliminating systematic and random errors. Secondly, in the UK it is now possible to conduct MAD data collection to solve protein structures; for example, Fig. 5 shows a representation of the measured fluorescence spectrum of a single crystal of the seleno variant of the enzyme porphobilinogen deaminase taken on SRS station 9.5. From such a spectrum it is possible to plan measurements of the crystallographic data sets at different wavelengths required for phasing the structure. This method illustrates a general trend in the field towards making multiple passes of data measurement. This trend is also seen in the methods of time-resolved protein crystallography. Hence, in my third example of applications, Fig. 4 shows the repeated recording of a portion of a protein crystal Laue diffraction pattern with a CCD recording device developed by N. Allinson and colleagues at York University, also on SRS station 9.5. At the ESRF the time resolution available now is as short as 50 ps. This is illustrated in the work by K. Moffat and co-workers of the University of Chicago using the ESRF beam line 3 of M. Wulff and colleagues, who recorded a Laue diffraction pattern from a protein crystal on this time scale. Since a Laue pattern covers a range of reciprocal space equivalent to an angular sweep of ten degrees or so (depending on the wavelength bandpass used), such an exposure time is equivalent to an angular rotational speed of 1010 rpm! This offers the perspective of performing time-resolved structural studies on exceptionally rapidly functioning proteins such as those that are light sensitive.