Use of JAVA applets for teaching

Why use Java for teaching?

This applet (approximately 3500 lines of code) which gives the chart of the 230 space groups is available at the address:

For each selected space group, the program carries out 4 operations:

Layout of the symmetry elements

This layout is carried out starting from a table where the elementary generators of each space group are coded. The application of some simple rules on lattice translation and on the nature of the elements of symmetry of the space group makes it possible to reduce this table.

For all the centrosymetric groups, the origin is taken on a centre of inversion allowing to simplify later calculations of the equivalent positions.

For some cubic groups, elements of symmetry were voluntarily omitted for clarity.

As an example, here is how the three representations of the Amm2 space group are coded: 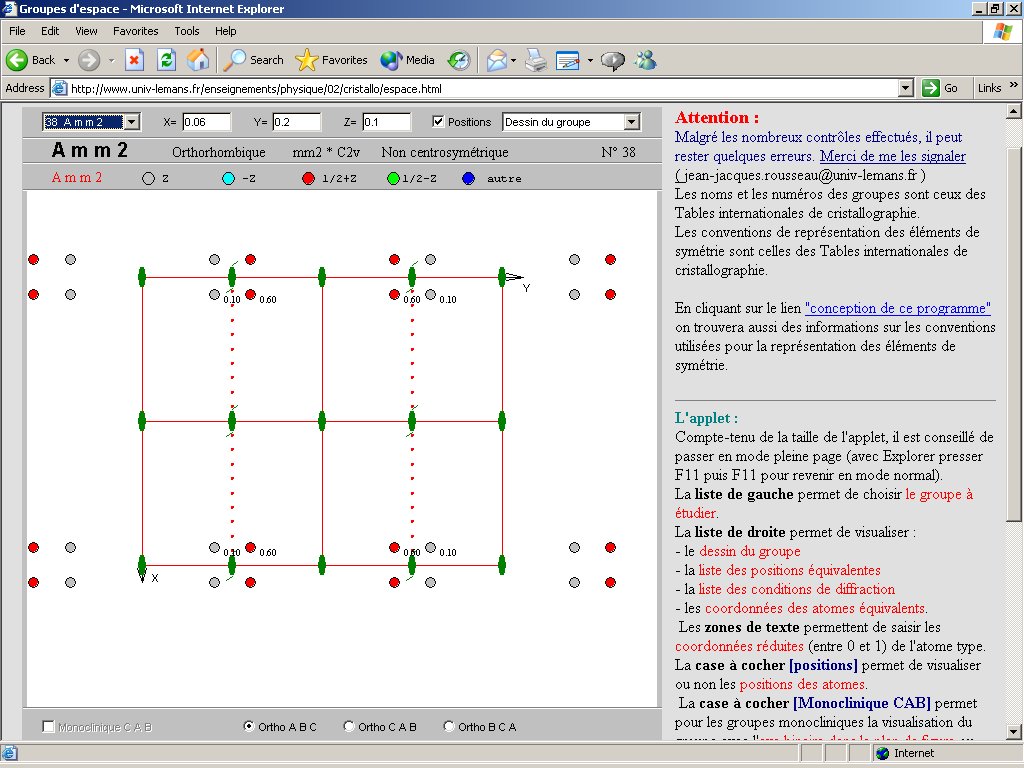 Fig. 1: Screen image of the space groups applet showing the drawing of symmetry elements of Amm2.

Determination of the equivalent positions in literal form

In the calculation of the equivalent positions, one separates the effect of the operations of symmetry of the specific point group from the influences of the translations. After decoding of the Herman-Mauguin symbol of the space group, one determines by application of the point symmetry operators how the coordinates of the node [1, 1, 1] change. The 3x3 matrices thus obtained for each equivalent position are preserved in a table (matrix) S. In the same way a table T (vector) contains the sum of the intrinsic translations related to the symmetry elements (screw axes and glide planes) and of the translations related to the position of the symmetry elements in the reference system used.

The initial triplet X (vector of components x, y, z) is transformed into a triplet X' according to the matrix relation X' = S.X + T

The analysis of the components of tables S and T allows the drawing up of the table of the equivalent general positions in literal form.

During the displaying of the list of the literal values, one specifies at the beginning of this list the lattice translations which must be possibly added. The generators used are not always the same ones as those of the International Tables for Crystallography, or are used in a different order. This is why the order of the displayed list can differ from that of the Tables.

Calculation and layout of the equivalent positions

If the atom is in a special position, the program generates two (4, 8, ...) atoms having the same coordinates. A procedure makes it possible to eliminate the redundant atoms and to display only one atom: this allows the study of the special positions. All calculations are carried out in reduced coordinates. For the layouts, the conversion between these crystallographic coordinates and the screen coordinates takes account of the system under study.

For the trigonal, hexagonal and cubic space groups, it is often interesting to modify the default values of the coordinates in order to obtain a more readable projection. 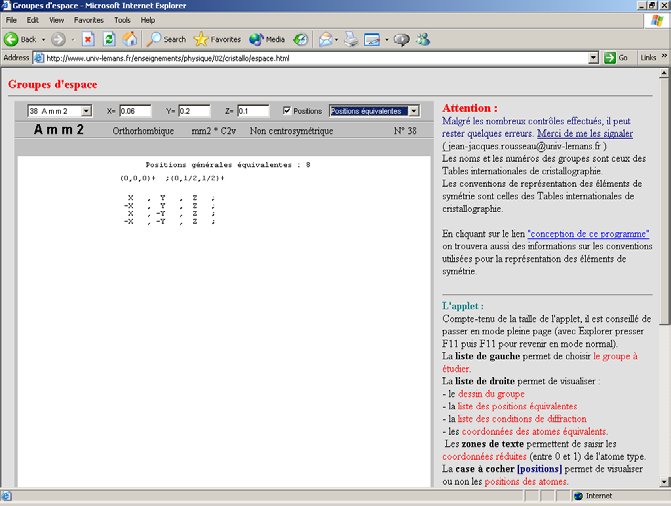 Fig. 2: Screen image of the space groups applet showing the output of equivalent positions for Amm2.

Note: An atom is in special position if it is placed on a non-screwed rotation axis or in a non-glide mirror. In the International Tables, the special positions are listed and marked by their Wyckoff symbol (number of equivalent positions followed by an allotted letter in a conventional way).

Determination of the diffraction conditions

The determination of the systematic extinctions for general positions is made starting from the analysis of the contents of table T. The program displays the list of the conditions on the indices of the reticular planes which lead to diffraction. The first line of display corresponds to the conditions suitable for the lattice mode. The next lines correspond to the conditions related to the elements of symmetry of translation of the group. The extinctions which are induced by atoms in special positions (on one or more elements of symmetry without translation) are not calculated.

An animation: the Ewald construction

For making my students appreciate all the subtleties of the Ewald construction, I wrote the small program available at the address: 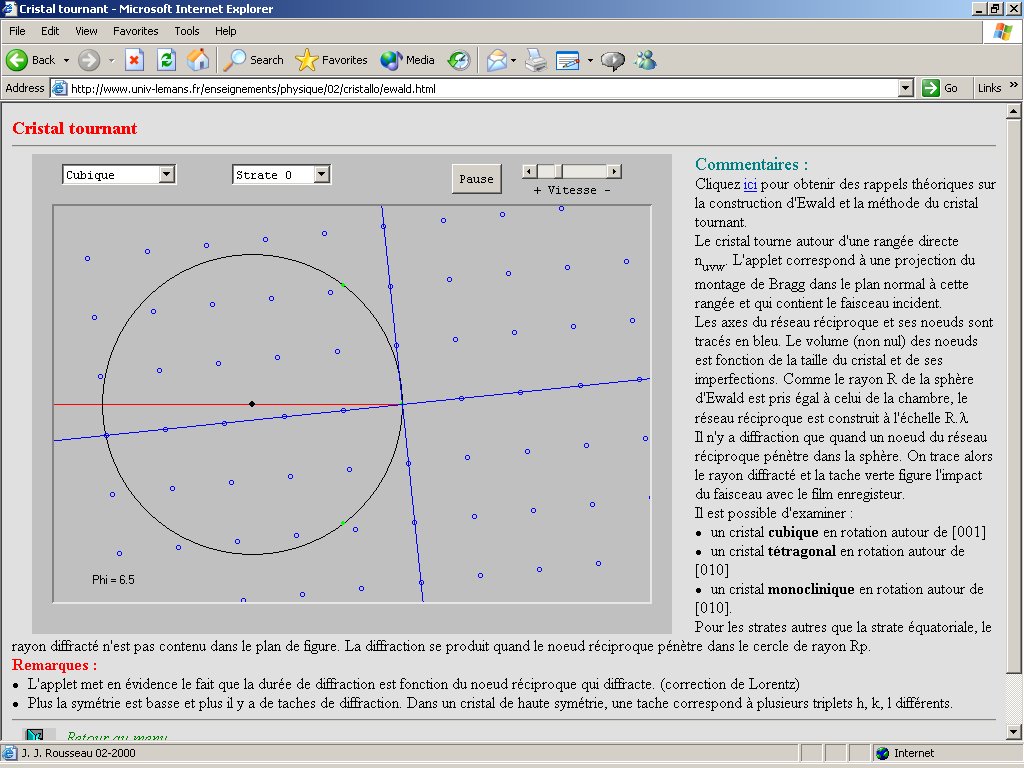 It is an animation in which I rotate a plane of the reciprocal lattice in the plane of the figure. When a node penetrates the Ewald sphere, the diffracted beam is traced and a spot is drawn on the film.

To obtain fluid animations, without flickering, I highly recommend the method of the double-buffer. See for example (but it is in French):

How does an animation function?

It is necessary to start by defining a "thread" with the instruction:

Then it is necessary to implement the methods start(), stop() and run().

In the subroutine paint( ), I calculate the positions of all the reciprocal lattice nodes and I seek for those being on the sphere.

One modifies the animation speed by changing the value of the variable "time".